Fishermen rushed to the rescue after two separate boats full of refugees capsized in the waters of Turkey’s Aegean Sea. They spotted a toddler bobbing up and down in the water and they hurried over to save him but discovered that he was non-responsive. The rescue footage, which was caught on video, shows one of the fishermen attempting to clear water from they boy’s lungs. Suddenly, the man can be heard shouting “Brother he is alive; he is alive. My God he is alive.”

The toddler, whose name is Muhammad Hasan, is now recovering in hospital. Muhammad’s family met with the fishermen and thanked them for their heroic deed. The fishermen were also able to save 15 other people and brought them to safety on their boat.

2. Texas police officers give dad car seats instead of ticket

A Texas police officer and his colleague are being commended for their kindness. Officer Justin Gower pulled over a man for an expired registration and malfunctioning light. While Gower was talking to the man, he saw his three young daughters in the backseat, without car seats. Gower called his fellow officer Cale Hawkins, who had stopped the man previously as well. The officers were aware that the man was going through some tough times and was living in a hotel with his daughters. Instead of the giving the man tickets for his driving violations, the officers decided to buy carseats for his daughters.

3. Google grants wish of 97-year-old woman who always wanted to be an engineer

Olive Horrel always wanted to be an engineer. The 97-year-old senior was curious about the way things worked from a very young age. She was discouraged to go into the field by her father who told her that no engineering company would ever hire a woman.

Her love for technology never ceased and recently she had her long time wish granted and received a VIP tour of Google’s Mountain View campus in California. Horrel got to ride in the company’s self- driving car and she tested out a number of cool gadgets. Horrel’s trip to Google was made possible by her assisted living residence and a foundation called Wish for a Lifetime that grants wishes for seniors.

4. Baby deer becomes friends with the human who saved her

Darius Sasnauskas recently found a wounded baby deer in his backyard and proceeded to help the injured animal by taking her in so he could treat her wounds. Sasnauskas managed to nurse the deer back to health and recently released her into the wild. However, the deer has not forgotten about her ‘adoptive’ family and she has come back to visit Sasnauskas and his pet dogs and cats. Watch the video to see how the baby deer has bonded with Sasnauskas and the other animals.

Paige Chenault is on a mission to make sure homeless children get to celebrate their birthdays. To make this possible, she started a non-profit organization called The Birthday Party Project. Every month, volunteers from the organization known as “birthday enthusiasts” go to different homeless shelters across the United States and throw giant birthday parties for kids who usually don’t get to celebrate their special day. “My goal is that each child feels something that lets them know how important they are and how much they matter,” Chenault told Today Parents. 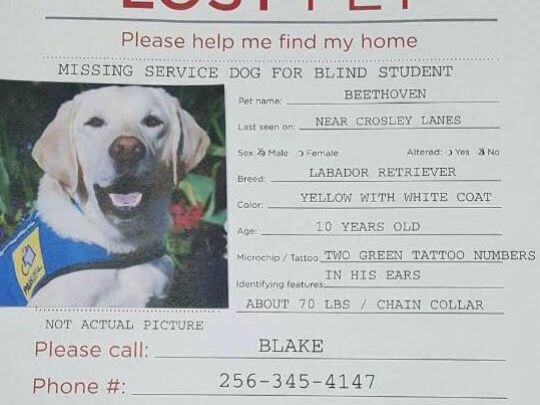 When Blake Hardin’s seeing eye dog, Beethoven, went missing last Sunday, he began to worry that his beloved friend was hurt. Luckily, Beethoven did not wander too far and a family took him in for the night when they spotted the dog on their front porch. The family saw reports going around on social media that a man was looking for his seeing eye dog. They managed to get in touch with Hardin and he was reunited with Beethoven. “I gave him a big doggie hug,” Hardin told KGW Portland. “I’m just glad he’s safe and nothing happened to him.”

Six years ago, Joel Jackson was internally decapitated in a car accident and became a quadriplegic. Jackson was in a car with a drunk driver who ended up hitting a telephone pole. The impact of the crash ejected Jackson out of the vehicle and threw him nearly the length of a football field. Jackson was paralyzed from the neck down and doctors did not think he would survive. However, Jackson slowly regained his ability to speak (using a computer to assist him) and recently, Jackson danced with his wife, Lauren, to their wedding song. “I told him, ‘When you can talk, I want to renew our vows. And when you can walk, I want you to dance with me,” Lauren said, according to NBC. The beautiful moment was caught on video and has since gone viral. 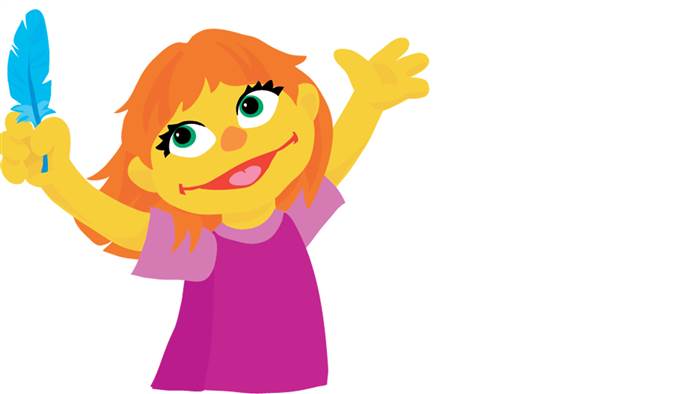 The iconic children’s show ‘Sesame Street’ announced that a new character will be appearing on the show. Big Bird, Elmo and the rest of the Muppets will be introducing Julia to viewers very soon. What makes Julia special is that she has autism. Her character will be used to teach young audiences about the spectrum disorder and how to interact and be friends with kids who are autistic.

9. IKEA turns children’s drawings into plush toys and sells them for charity 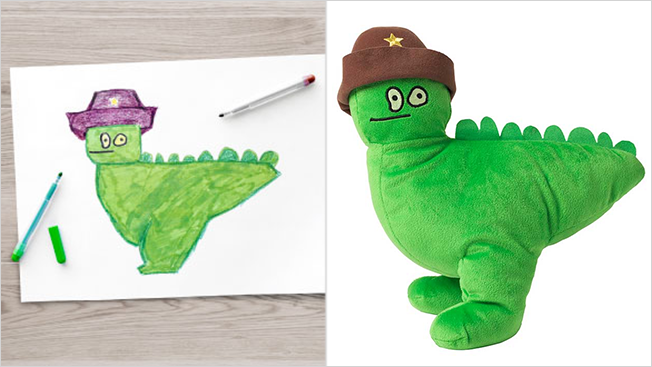 IKEA is turning children’s drawings into their latest line of plush toys that will be sold for charity. Kids sent the furniture company their best drawings of imaginary creatures and the top 10 entries have been turned into plush stuffed animals. For every toy sold, IKEA will donate $1.46 CAD to Save the Children and Unicef.