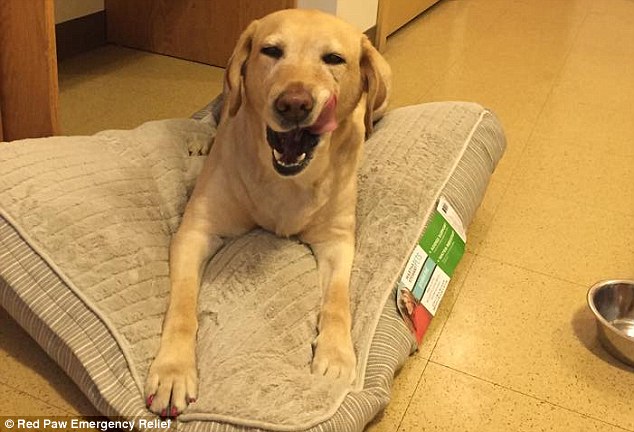 A service dog is being hailed a hero after dialing 911 to save her blind owner from a house fire. The golden retriever named Yolanda called 911 on a specialized phone to alert authorities of the fire.

Firefighters responded immediately and rescued the woman from the blaze. She was taken to hospital and treated for smoke inhalation but she is expected to make a full recovery. Authorities rewarded Yolanda with food, toys and treats after the rescue. 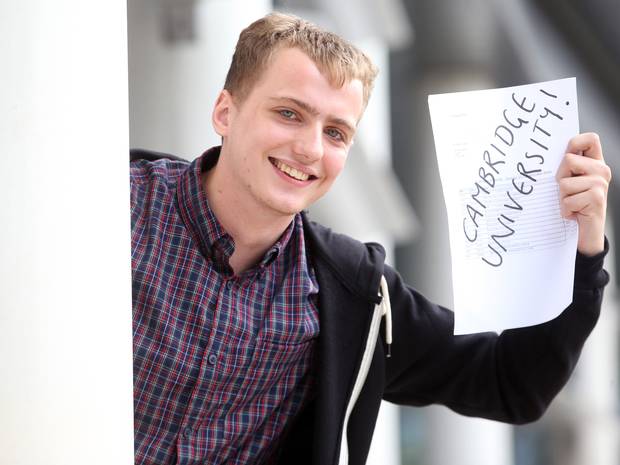 A 22-year-old homeless student has been accepted into England’s prestigious Cambridge University. At the age of 17, Jacob Lewis dropped out of high school but returned five years later as a mature student.

Lewis managed to get straight A’s in his remaining high school courses while struggling with homelessness. He found himself “sofa-surfing” while trying to make ends meet and finishing school.

“It’s been a hard fight,” Lewis told The Independent U.K. “At the start of this year I was working 24 hours a week to support my studies and make ends meet, I was barely eating. At one point I became homeless and had to start sofa surfing. Having a permanent home with my family wasn’t an option.”

Lewis is the first person in his family to attend university and he said that all of the hard work was worth it.

“I haven’t got any firm career plans for after Cambridge, but I have a sincere commitment to try and make the world a better place with the advantages that elite education will give me,” he said. 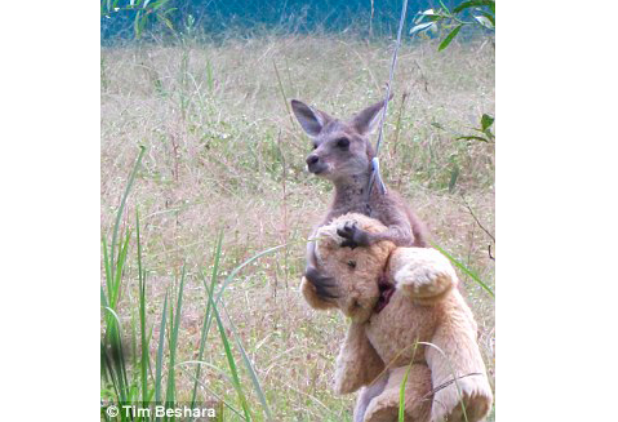 In last week’s roundup, we told you about orphan kangaroos in Australia participating in a therapy program at an animal rehabilitation centre. The animals are given teddy bears to keep them company.

One of the kangaroos in the program is Doodlebug. He is almost fully-grown and recently, he made a “soft return” to the wild. However, Doodlebug has not forgotten about his teddy and still returns to the rehabilitation center to cuddle his best friend.

4. Barber gives free haircuts to kids who read to him in order to help promote literacy 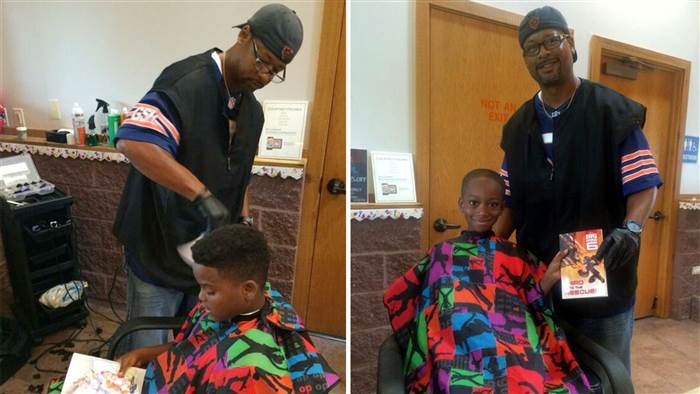 Courtney Holmes is an Iowa barber trying to make a difference in his community one book at a time.

Recently, Holmes was invited to his town’s second annual Back-to-School Bash where families and community members come together to celebrate the beginning of the new school year. Holmes was asked by event coordinators to provide free haircuts for kids who read books to him while receiving a trim.

The barber was eager to participate and gave out free cuts in exchange for stories for four hours straight. After the event was over, there were still kids who wanted to read to Holmes for a haircut. He told them to come down to his barbershop so he could continue the literacy program.

“I think a lot of parents realize that literacy is important, but I don’t think they are actually doing that in their homes, reading with their children,” Holmes said to People Magazine in an interview. “With me giving out free haircuts, it gives me a chance to say, ‘Hey, you need to pick up a book and read it and we can help you if you need it.’”

5. Fisherman lends a helping hand to a whale in Sydney’s Middle Harbour 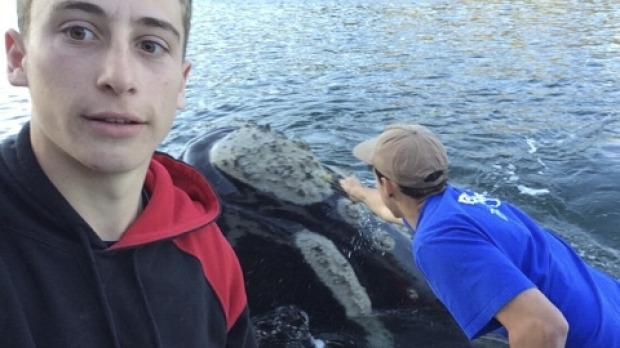 Ivan Iskenderian was on his boat in Sydney’s Middle Harbour when he spotted a whale near his boat. While the whale continued to trail the Iskenderian, he spotted a plastic bag and fishing wire stuck near the animal’s mouth. Iskenderian reached over and pulled the garbage off of the whale.

“He came up to the boat a couple of times, putting his head out of the water. There was a plastic bag and fishing line sitting on the side of his mouth, and it seemed like he wanted it taken off. So I dropped my phone, reached over and just grabbed it,” Iskenderian told reporters.

After being freed, the whale repeatedly slapped its tail on the water. “Apparently that’s what they do when they’re relaxed. It seemed quite happy. It could have been a kind of thank you,” Iskenderian said. 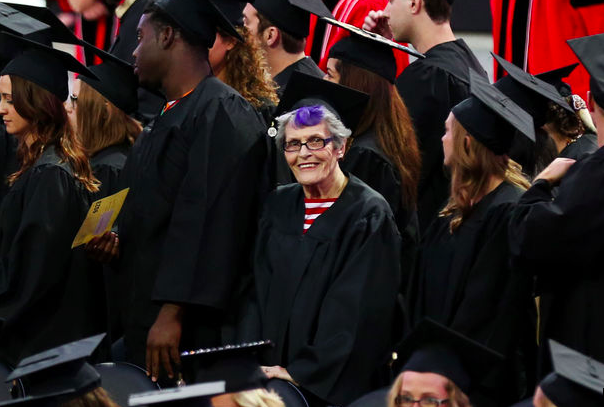 Eleanor “Jean” Kops is living proof that you are never too old to go back to school.

On Saturday, 70 years after she took her first college class, Kops graduated from the University of Nebraska-Lincoln. The 87-year-old took a break from university in 1947 and went on to marry her husband and raise a family.

But when her husband died in 2011, Kops felt that she needed to fill a void and was encouraged by her daughter to return to school. She graduated with a degree in individualized studies and now looks forward to continuing her education. 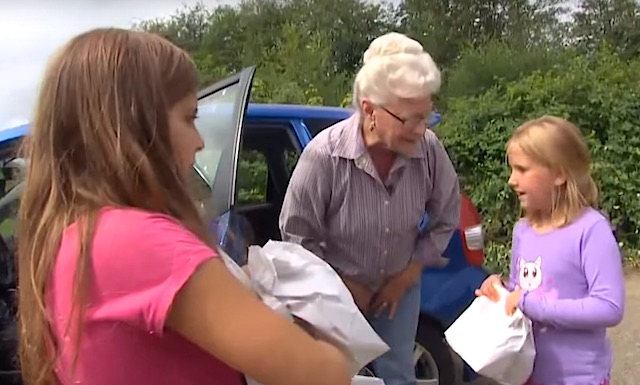 When Phyllis Shaughnessy found out that kids in her city were going hungry, the great-grandmother decided that she was going to help feed them everyday.

The school district in Gray’s Harbour County, Washington, can’t afford to provide free and reduced price meals to low-income students over the summer. So, Shaughnessy gathered volunteers, fundraised, and managed rent a kitchen space to make meals for the underprivileged children.

Shaughnessy and her volunteers meet every morning to make sure kids in her city do not go hungry. She plans to keep the food program going throughout the school year and hopes to also add school supplies to the donations. 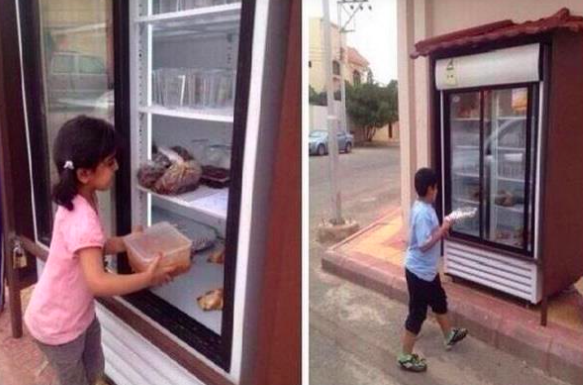 Residents in Galdakao, Spain, are helping feed the hungry in a very unique way. The city installed an outdoor communal refrigerator, so those who need food can access meals donated by residents and restaurants.

There are strict health regulations in place to keep the food safe. No raw meat or eggs are allowed in the city fridge and food must be thrown out after four days.

Restaurants and townspeople are donating full meals to fill up the fridge and city officials say the project has been a huge success.

Sometimes, we all need a little dose of silliness to brighten our day. Check out this video of West Jet flight attendant Michael McAdam giving a hilarious safety demonstration to passengers.

The video, which was posted online last week, has gone viral with more than two million views on YouTube.