1. Random acts of kindness help raise over $50,000 for homeless father and son

Things have not been easy for James Moss and his young son Zhi. Moss left New York City to try and find work in Denver, Colorado. Unfortunately, Moss fell on some hard times just two days into his move to Denver. His housing arrangements did not work out and he found himself homeless. To make it worse, his tickets back to New York were stolen. But all it took was a moment of chance to change Moss’ life. He was wandering down the street in Denver last week when he came across U.K. television host Leon Logothetis. It just so happened that Logothetis was filming a YouTube series about random acts of kindness called #GoBeKind.

Logothetis asked Moss what he was doing in Denver and Moss explained that he was going through a difficult time trying to find a place to live. Just like that, Logothetis handed him $1,000 and offered him a hotel to stay in for the week. Moss’ story went viral and when a woman from Kansas saw the heartwarming video clip, she started a GoFundMe page, where nearly $50,000 have been raised for the father and son. You can also find out more about the #GoBeKind campaign and what they are doing to spread kindness here.

2. Boy with autism saves classmate from choking with the Heimlich maneuver, which he says he learned from watching “Spongebob Squarepants”

When a 13-year-old boy with autism saw his classmate choking on an apple slice during lunch time, he knew exactly what to do. Brandon Williams jumped into action and preformed the Heimlich maneuver perfectly on his friend, Jessica Pellegrino, saving her life. When asked how he learned how to do the Heimlich, Williams had a surprising answer. He said that he learned it while watching an episode of the popular cartoon Spongebob Squarepants. Williams’ seventh grade class is throwing hima a party to thank him for helping his friend.

Christmas came early for 10-year-old Andrew Peck. The little boy suffers from a brain disorder called leukodystrophy. Last April, he was told he only had few months to live. Andrew’s family decided to celebrate Christmas in November because they didn’t want want to risk him missing his favourite holiday. For the entire month, Andrew’s family will put on special holiday-themed events for the little boy so he can have the best Christmas ever.

“We are trying to stay completely positive, and until his time has come, we are going to celebrate this holiday for him. He knows what’s going on, but it doesn’t seem to bring down his joyful mood. He loves Christmas,” Andrew’s grandmother, Annette Peck, told People.

4. Dog embarks on a two day journey to return to his “foster mom”

Rachel Kauffanman adopted a dog named Hank for a few days while he was waiting to be transferred to a long-term foster care home. Even though they were only meant to spend a few days together, Kauffanman and Hank bonded fast. But, their time together was short, as Hank was soon moved to the other facility. However, it appears that Hank really missed Kauffanman because he escaped from the care facility and travelled two days and 11 miles to get back to her home so he could reunite with his favourite human.

Rebecca King was met with a surprise when she was about to place an order at her local Starbucks in St. Augustine, Florida. King is deaf, and when she approached the drive-thru speaker, a screen popped up with a barista signing to her. She returned to the Starbucks the next day to film the interaction and the video has since gone viral.

6. Norwegian Air and UNICEF team up to send emergency aid and school supplies to Syria 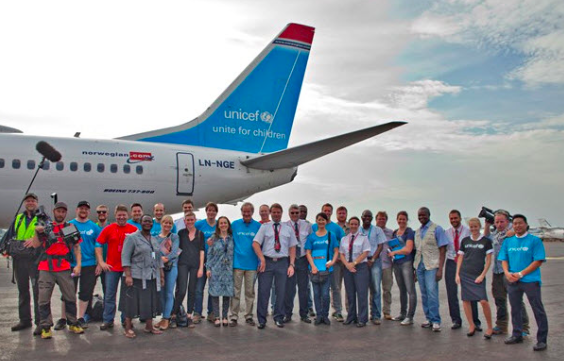 Norwegian Air and UNICEF will be flying a plane full of emergency aid and school supplies to Syrian children living in refugee camps. “We were eager to make an effort to help the displaced children of Syria, and through our signature partnership with UNICEF it is now possible. We will provide aircraft and crew so that we can carry emergency aid and school supplies to the refugee children,” said Bjørn Kjos, CEO of Norwegian Air, according to Reuters. 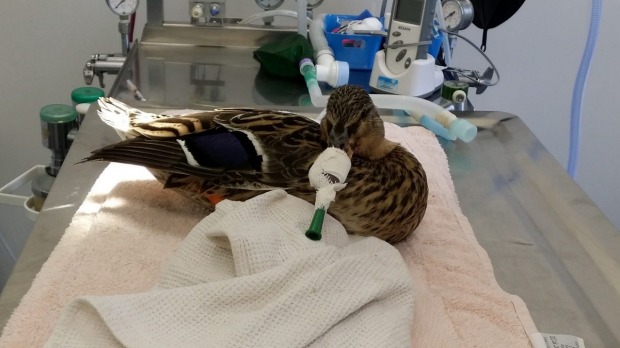 Juanita the duck is recovering from a life-saving surgery thanks to the help of “Duck Man” Craig Shepard. Juanita was found with her beak nearly torn off, hanging by a small piece of tissue. She was taken to the Ohariu Valley bird centre in New Zealand, which is run by Shepard. He was able to successfully reattach Juanita’s beak with a cutting-edge surgery. Juanita is recovering well, and Shepard said she will get back to “quacking” very soon.

8. Bone marrow donor meets the man whose life she saved

Joined by blood: A bone marrow donor meets the man whose life she saved https://t.co/C3aPt49J6c

Avi Ruderman is incredibly lucky to be alive. The 54-year-old from Tel Aviv, Israel, received a life-saving bone marrow transplant from an anonymous person. That person is 24-year-old Molly Allanoff, who lives in Philadelphia. Allanoff’s father died from lymphoma when she was eight, and it inspired her to become a bone marrow donor in the hopes of helping someone else with the disease. Ruderman received Allanoff’s bone marrow in October 2014 and both of them desperately wanted to meet each another.

However, the bone marrow registry instructs recipients to wait a year before they get in touch with their donor. A year passed, and this September, Allanoff got a letter from Ruderman telling her that he was planning a trip to the U.S. and desperately wanted to thank her in person for saving his life. Last week, the two finally met for the first time. They instantly bonded and Allanoff will be visiting Israel in June to attend Ruderman’s daughter’s wedding.

Three-year-old Mackenzie thought she lost her favourite stuffed giraffe “Raffi” during her family’s most recent move. When Raffi was found 11 days later, Mackenzie was beyond happy. Her parents recorded her reaction and you can watch the heartwarming video above.