1. Beirut man risks own life to save civilians during bombing

Daugher of Adel Termos who tackled a suicide bomber in Beirut, killing himself but saving the lives of hundreds. pic.twitter.com/cJJUyfAkE0

A Beirut resident named Adel Termos made the ultimate sacrifice to save the lives of others last week. On Thursday, a horrific bombing took place at a busy Beirut market. The first suicide bomber set off an explosion, and as a second bomber moved towards the crowd Termos tackled him to the ground. This caused the bomb to detonate and protected the crowd from the impact. Termos was killed by the explosion, but his selflessness and heroism saved the lives of hundreds of innocent people.

2. Police respond to elderly couple’s 911 call for help because they were feeling lonely

An elderly Manchester couple called the police because they were lonely and officers showed up to their home and made them a cup of tea. Fred Thomson and his 95-year-old wife were surprised when officers Stud Ockwell and Andy Richardson responded to the their call and joined them for a visit. “We’ve got to look after people as well, it’s not just fighting crime, it’s protecting people in whatever situation they find themselves,” Richardson said, according to BBC.

3. Woman makes Disney princess wigs out of yarn for kids with cancer 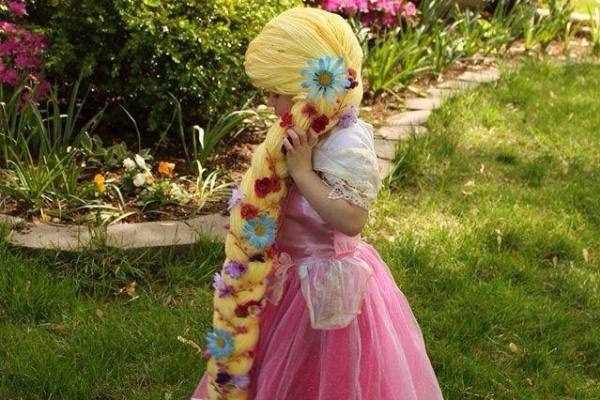 Holly Christensen is a former nurse making a difference for children with cancer. Christensen is the creator of “The Magic Yarn Project,” and she makes Disney themed wigs made from yarn for kids battling the disease. Christensen started making the princess wigs out of yarn for her own kids. Then she found out about a friend’s daughter who had cancer and decided to make a wig for her and project took off from there. A GoFundMe page has been set up to help Christensen cover the cost of yarn. She hopes to start a non-profit organization in the future.

4. Thief tries to steal Newfoundland dog but is stopped by a Chihuahua

Carly the Chihuahua is getting a lot of attention after saving her much larger pal Silas – a Newfoundland dog. Sharon Dooling put Carly and Silas outside in her backyard at about 8 p.m. on Saturday. Dooling returned inside but she suddenly heard Carly barking more than usual. When Dooling stepped outside, she found a man trying to steal Silas. Dooling tried to negotiate with the man to get him to stop, but he refused and in a moment of panic, she punched the thief in the face and got her dogs back inside.

Without Carly’s constant barking, Dooling wouldn’t have known that someone was trying to steal Silas. “It’s an inconvenience or a nuisance, you could say, when she does bark, but she’s my guard dog. Some people have big Dobermans — I have a Chihuahua,” Dooling told CBC in an interview. 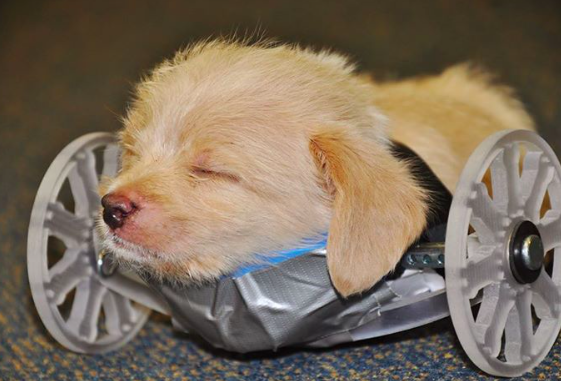 Tumbles is a two-legged puppy who can walk and run a little easier with the help of a 3-D printed wheelchair. Tumbles was born without front legs and he was rescued when he was only two-weeks-old. Tumbles has learned how to use his back legs to get around, but the with the help of his new wheelchair, he will be able to move with ease.

6. Elderly couple help a young man learn how to tie a tie at a busy train station

When an elderly couple spotted a young man having trouble tying his tie at a busy Atlanta subway station, they stopped to help. The heartwarming moment was caught on camera by passerby Redd Desmond Thomas, who posted the image on Facebook, where it has quickly gone viral.

After last week’s terrorist attacks in Paris and Beirut, the world could use some positivity. Watch this little boy’s interview with a French TV host. It will be sure to brighten your day.

In 2001, Patrick Hudson was severely burned while serving as a volunteer firefighter. Hudson entered a burning building to search for a woman when flames engulfed his body. The blaze left most of his face badly mutilated, and for years he had to live with disfigured facial features. But now, Hudson’s life has changed after receiving a full face transplant. Hudson’s donor was David Rodebaugh, a 26-year-old who died in a cycling accident. More than 150 doctors and medical staff worked to make the surgery successful.

9. Homeless man who received over $50,000 in donations gives back to the Denver community that helped him

In last week’s roundup, we told you the story about James Moss and his young son Zhi. Moss had fallen on some hard times, finding himself homeless after moving to Denver. By chance, he came across Leon Logothetis – a U.K. television host filming a show about random acts of kindness. Moss told the host his story and was immediately offered $1,000 and a place to stay for a week.

Moss’ story went viral and a GoFundMe page was set up where over $50,000 was raised for the father and son. Moss was touched by the series of kind events that have helped him and Zhi. Now, he has decided to pass on the good karma by giving back to the community.