Here are 10 positive things that happened last week that you should know about (in no particular order):

Cara Oglesby could not wait to hug her dad, Lieutenant Daniel Oglesby, when she saw him at the homecoming ceremony for the 3rd Armored Brigade Combat team. Oglesby and his fellow soldiers were deployed in Asia for nearly nine months and Cara was beyond ecstatic to see her dad. “I was trying to decide whether or not it was good practice to break formation, but I didn’t have the heart in me to not give my little baby a hug, so I had to go ahead and bend over and give her a hug and kiss on the forehead,” Oglesby told Fox21 News.

2. Terminally ill dad fulfills his wish by walking all of his children down the aisle 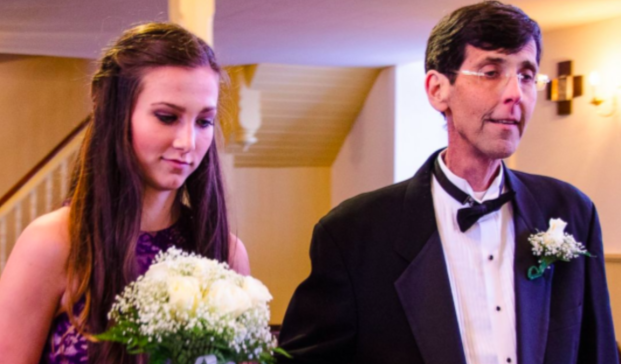 Ken McHugh was diagnosed with stage four neuroendocrine pancreatic cancer in 2010. It was devastating news for him and his family to cope with. Now, after five years of living with the disease, doctors told McHugh that he should stop his chemo treatments and spend his final weeks with this family. McHugh’s only wish before he passed away was to walk his four children down the aisle. His kids are still teenagers, so he has accepted the fact that he will never get to be at their weddings.

But with the help of Team CMMD, a Pennsylvania-based cancer foundation, McHugh’s wish was granted in a special way. CMMD set up a ceremony for him, his wife Tammy and their kids. It was called the “family wedding” and McHugh walked his children down the aisle and then read them all a personal letter about how much loves them. He also renewed his wedding vows with Tammy, after 20 years of marriage. “His ultimate last wish was to walk his children, especially his girls, down the aisle and he did it. I was surprised myself that we were able to find and experience the joy of the day,” Tammy told ABC News Today.

3. High school soccer goalie with no legs serves as an inspiration to his teammates

Emmanuel Hilton never thought that he would be a good soccer player, but now he is defying all odds and is the star goalie on his high school team. Hilton, who is originally from the Congo, was born without legs. His birth mother did not want to take care of him so she abandoned him on the streets.

He was taken to a local orphanage and lived there until Michelle Hilton and her husband adopted him. Michelle, a Methodist pastor in Pennsylvania, saw a picture of Emmanuel and knew she wanted to make him part of her family. Now, Emmanuel has a loving home, and is excelling on the soccer field. He is the goalie on his high school team, and motivates his fellow teammates and coaches every day.

“He inspires so many guys,” Coach Bryan Vitali told CBS News. “He inspires me to come out and do my job better. The guys see him moving and they pick up their intensity. He’s completely exceeded our expectations.”

Kumbalie the cheetah cub and Kago the Labrador puppy are possibly the cutest, and most unlikely, pair of best friends living together at a Virginia zoo. Kumbali was born at the zoo but was pulled from his mother to be bottle-fed. The zoo adopted Kago to keep him company and now the two are inseparable.

5. At 116, the world’s oldest woman eats bacon every day, says it’s the secret to a long life

At 116-years-old, Susannah Mushatt Jones credits bacon as the key to living a long life. Guinness World Records named Mushatt the world’s oldest woman last July. The Alabama native keeps active but also incorporates bacon into her diet every day, and she swears that it is the secret to her longevity. However, her family says it is Jones’ love for others and generosity that has kept her going all these years.

6. Elementary school teacher shows dedication to students by walking them home from class every day 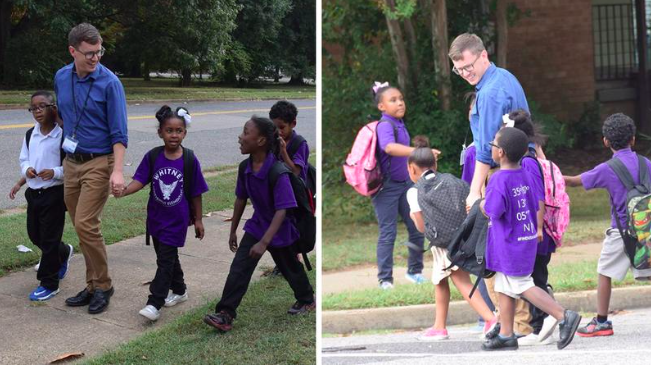 Carl Schneider is an elementary school teacher in Memphis, Tennessee, who is very dedicated to his students. Every day, Schneider walks students from his class home after school. Schneider and a group of teachers at the school have started a program where they make sure  over 200 kids get home safely. It also serves as a way for the teachers to build a relationship with their students. “We can just get to know the kids and talk about what they did over the weekend or how their behaviour was at school that day or what they learned,” Schneider told WAFF. 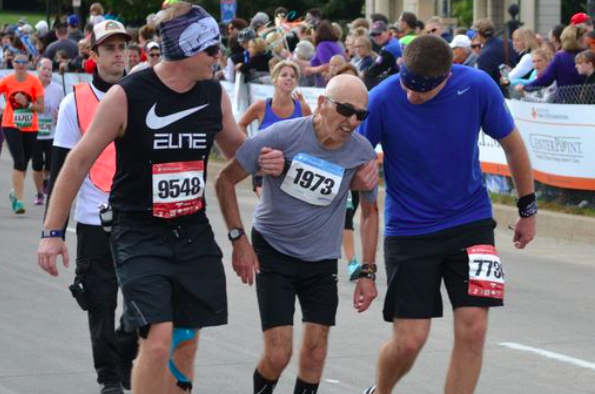 Rick Kieyman was close to the finish line at the Twin Cities Marathon, but the 75-year-old was not sure he would make it. After running for nearly 42 kilometres, Kieyman’s legs had grown weak and tired. Luckily, two fellow runners were kind enough to stop and help the senior cross the finish line.

8. Student asks professor to move the day of the test for a baseball game, professor gives best response ever

Ben Larson is a huge Chicago Cubs fan. He’s also a university student who had a midterm scheduled the day he got tickets to a wild card game between the Cubs and Pittsburg. Larson was pretty set on attending the game, so he sent his professor an email asking him if the midterm could be moved. Read the professor’s epic reply above. Sometimes, teachers can be cool.

A miracle head reattachment surgery has been preformed on a 16-month-old little boy after he was involved in a car crash along with his mother and young sister. The intensity of the crash detached Jaxon Taylor’s head from his neck, requiring him to have spinal surgery. After the six-hour procedure, Jaxon’s head was placed back on his neck and he is recovering well.

10. Young dad applauded after letting three-year-old son dress up as Elsa from Frozen

Paul Henson, a young dad from Virginia, is being applauded after letting his three-year-old son, Caiden, make his own decision to dress up as Elsa from Frozen this Halloween.