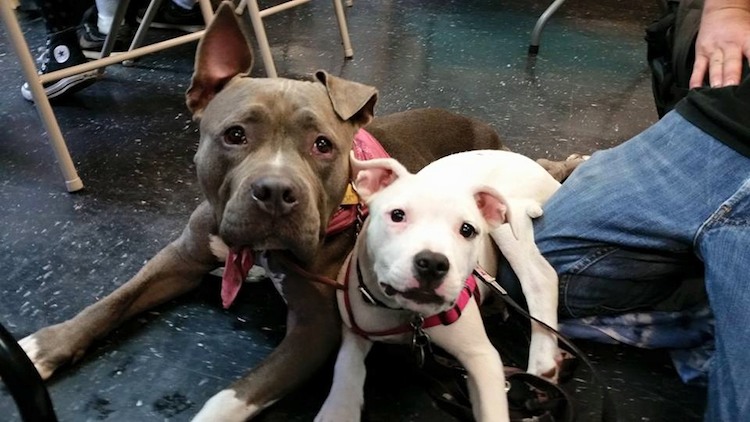 A New York City organization is making sure that homeless visitors and their pets do not go hungry. The organization called Collide, was founded in 2010, and provides food to the homeless and their animals. Over the past five years, Collide has delivered continuous support to nearly 300 pets and their owners.

A Tennessee kindergartener is being hailed a hero for saving his mother after she went unconscious. Five-year-old Tommy noticed his mom, Melissa, on the floor unable to wake up. Tommy reached for his mom’s phone and managed to call his dad. Once Tommy got his father on the line, he told him that mommy was not waking up. His father instructed him to see if the neighbours were home and knock on the door to ask them for help. Tommy did just that, and his neighbours were able to  get Melissa to the hospital. It turns out that she was having a heart attack but thanks to Tommy’s quick thinking, she was able to make it to the emergency room, and now she is on the road to recovery.

There is no doubt that Sebastian Bailey had an awesome costume this Halloween. The five-year-old has cerebral palsy, so his family custom made him his very own Millennium Falcon inspired by the Star Wars films. The costume came equipped with LED lights, the Star Wars theme song and buttons that Sebastian could press to sound like Hans Solo.

A 97-year-old woman has finally received her high school diploma. Margaret Thome Bekema was awarded her honorary diploma from Catholic Central High School in Grand Rapids, Michigan, last Thursday. The senior was supposed to graduate in 1936, but was forced to leave school in tenth grade to help care for her family after her mother became sick with cancer.

5. Penguin returns from sea to visit man who saved him

De Souza did not expect to see Jingjing ever again, but he was wrong. A few weeks after Jingjing was set free, the bird came back to the beach and appeared to be waiting for de Souza. This has become a routine for Jingjing, as the Magellic penguin will leave the shores of Rio de Janeiro for months, and randomly return to visit his favourite human.

6. Shelter in Serbia known as “Doggy Heaven” takes in 450 mistreated and abused dogs

A shelter in Serbia has taken in 450 stray and abused homeless dogs, allowing the animals to play together all day, every day. The Sasa Pejčić’s shelter in Nis, Serbia, is known as “Doggy Heaven” and is run by an organization called the Harmony Fund. The dogs arrive at the sanctuary sick and malnourished, and they are looked after by their new caretakers until they become strong and healthy enough to be adopted. Watch the video above to see just how amazing “Doggy Heaven” is.

7. The ‘driest place on Earth’ covered in beautiful flowers after a year’s worth of rainfall

The ‘driest place on Earth’ is covered in pink flowers after a crazy year of rain https://t.co/g4KbLwE3yw pic.twitter.com/sbNWwuTTaY

After a year’s worth of rainfall, the driest place on Earth is covered in beautiful flowers. The Atacama Desert in Chile usually sees no more than 0.1778 centimetres of annual rainfall. But this year, a substantial amount of rain has fallen in the desert and as a result, the dry, barren land is now unrecognizable as it has been blanketed with a sea of pink flowers.

8. Cops help little boy whose pumpkins were stolen before Halloween 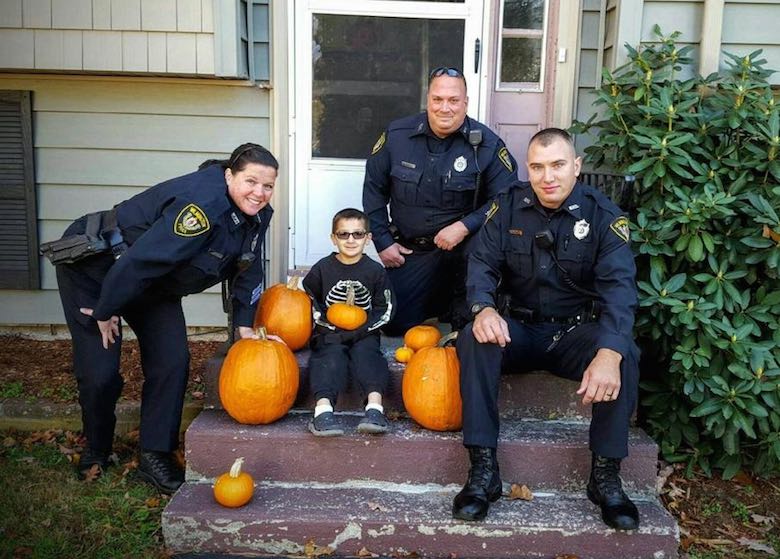 Six-year-old Sam Campanella panicked when his Halloween pumpkins were no where to be found on his front porch. Sam insisted that his parents needed to call 911 because the pumpkin theft was a serious emergency. His parents dialed the Wilmington, Massachusetts, Police Department business line instead, and allowed Sam to explain the crime. The officer who took Sam’s call told the little boy that a squad car would be over shortly to investigate. About an hour later, three officers arrived at Sam’s house and surprised him with several new pumpkins and a giant bag of candy.

9. Alberta couple says ‘I do’ at their favourite Tim Hortons

It doesn’t get any more Canadian than this. An Alberta couple tied the knot at their favourite Tim Hortons in Lethbridge. Greg Arlett and Adonus Wiseman were surrounded by friends and family wearing hockey jerseys as they exchanged vows at the popular Canadian coffee chain. Arlett wore a Montreal Canadiens  jersey to honour his bride’s favourite team. Wiseman wore an Edmonton Oilers jersey, styled into a dress, to recognize her husband’s favourite team. After the ceremony came the reception, where the couple let their guests order anything off the Timmy’s menu. Arlett and Wiseman are off to Mexico for their honeymoon, where they will help build a rec centre.