That’s why each Wednesday, we will be bringing you a roundup of some of the biggest news stories about good things that happened around the world to help brighten your day. Here’s nine positive things that happened last week that you should know about (in no particular order):

1. Chinese billionaire takes 6,400 staff on an all expenses paid holiday to Paris and Cote d’Azur 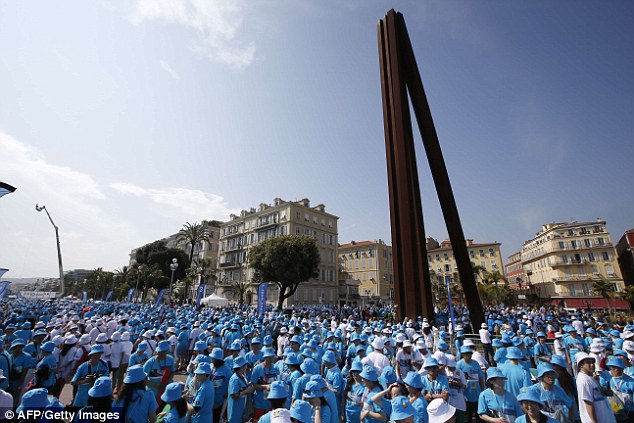 2. Quarterback fulfills his promise and takes elementary school friend with Down syndrome to prom 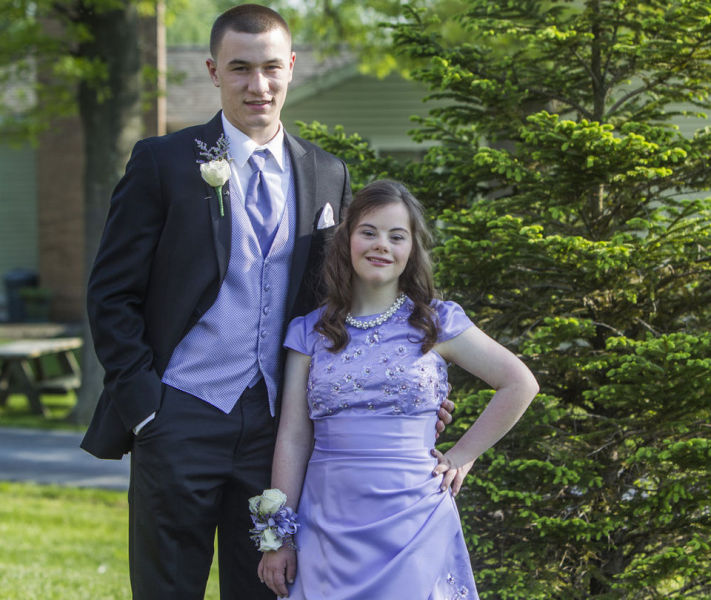 Mary Lapkowicz and Ben Moser have known each other since fourth grade. Their teacher noticed how Ben would work to include Mary, who has Down syndrome, in class activities. The children shared a special bond and at the end of their fourth grade school year, Ben told his mother that he wanted to take Mary to prom when they reached their senior year in high school. In sixth grade, Mary moved to another town and the two lost touch. Recently, the old friends crossed paths again as their two high schools played each other in a football game; Ben is the quarterback for his school, and Mary is an assistant to her father who coaches her high school’s team. When Ben and Mary saw each other, they were surprised, but Ben did not forget his promise. He asked her to prom and Mary was overjoyed. 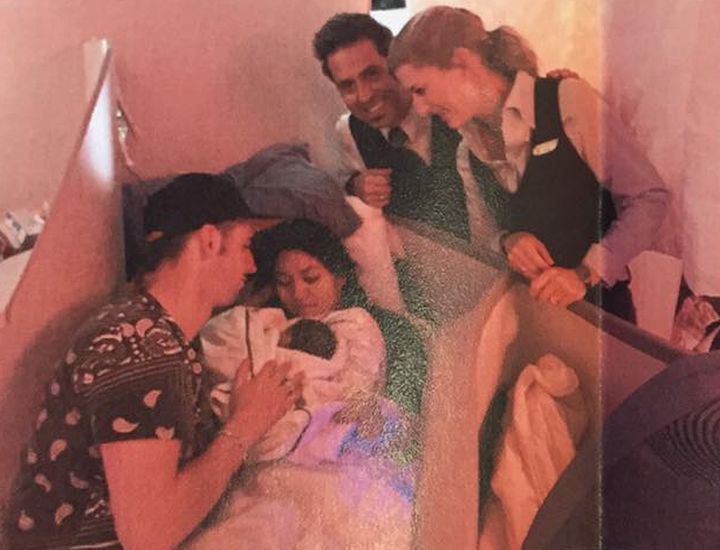 A Victoria, B.C. woman, who didn’t know she was 37 weeks pregnant gave birth to a baby girl on an Air Canada flight from Calgary to Tokyo. Ada Guan, 23, went into labor over the Pacific Ocean on Sunday, with her boyfriend, Wesley Branch, by her side. The couple has been dating for a year and Guan showed no signs of pregnancy except for a bit of weight gain. The couple also visited a doctor a few weeks before their trip and no pregnancy was detected. Three doctors who were passengers on the flight delivered the baby safely. “I couldn’t imagine. This happened completely unexpectedly. It turned out to be a beautiful baby girl,” Branch told reporters.

4. Heroic pig saves a family from a fire 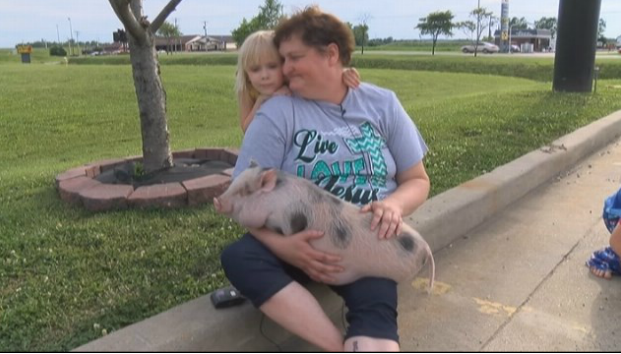 Lucky the pig is being called a hero after saving the lives of Ina Farler and her two grandchildren. A fire had broken out in Farler’s mobile home on Sunday morning. Lucky usually woke the family up on a daily basis with his squealing but on Sunday, the pig detected something was wrong and began to squeal loudly at 4 a.m. “He would jump down, run to the door and then jump back up on the bed and hit me really hard. I sat up to see what was wrong with him, because he usually doesn’t do that through the night. When I sat up, I realized the room was really smoky,” Farler told reporters. Because of Lucky’s quick thinking and the assistance of a helpful neighbour, Farler and her grandchildren were able to escape the potentially deadly fire.

5. After this man passed away, he left a $6,500 will so his best friends could go on holiday 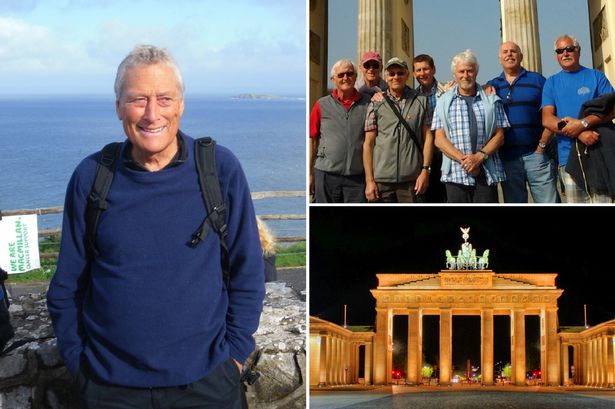 When Roger Brown was diagnosed with cancer, he knew that he wanted to do something special for his best friends of 40 years if he was not able to fight the disease. When he passed away, his friends were heartbroken but they were surprised to find out that Brown had left a $6,500 will to them, so that they could go for a group holiday. “It was a complete surprise when Roger’s son, Sam, rang a few days after Roger’s funeral, to inform me that Roger had left £3,500 between the seven of us. The proviso being we all go to a European city for a weekend to spend his bequest,” said one of Roger’s best friends, Roger Rees.

6. Girl’s missing cat found 3,500 kilometres away in a shipping container 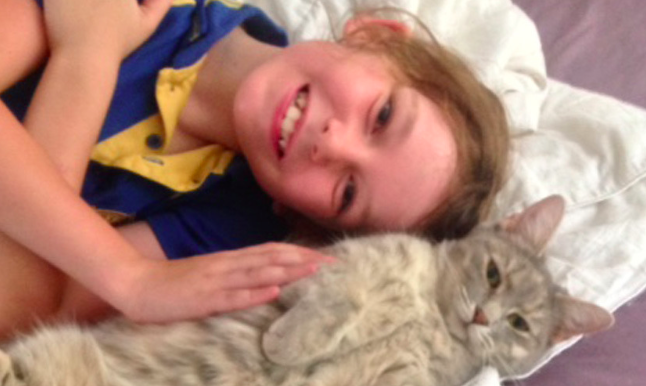 Ten-year-old Emily Schilling lost her cat Pippa in February. Emily and her mother Rebecca searched weeks for Pippa around their hometown of Darwin, Australia, but they were unable to find her. “The cat went missing, as cats do wander off, and we just expected her to come back at some point, then a couple of weeks passed and… still nothing,” Rebecca told Mashable Australia. Emily and Rebecca decided to give up their search. Then, one day Rebecca received a call from a former neighbor who moved 3,500 kilometers away from Drawin to Brisbane, Queensland. Rebecca was surprised to hear from the neighbor, but it turns out he had found Pippa.

The cat had climbed into a shipping container outside the neighbour’s home, as he was getting ready to move. What makes this story even more amazing is that the shipping container remained unopened 49 days after the move, meaning that Pippa survived with no food, no water and very little ventilation. Pippa is now healthy after being taken to the vet for treatments and Emily is beyond excited to have her best friend back home.

7. Rescuer who responded to a woman’s domestic violence emergency call proposes to her at a Major League Baseball game 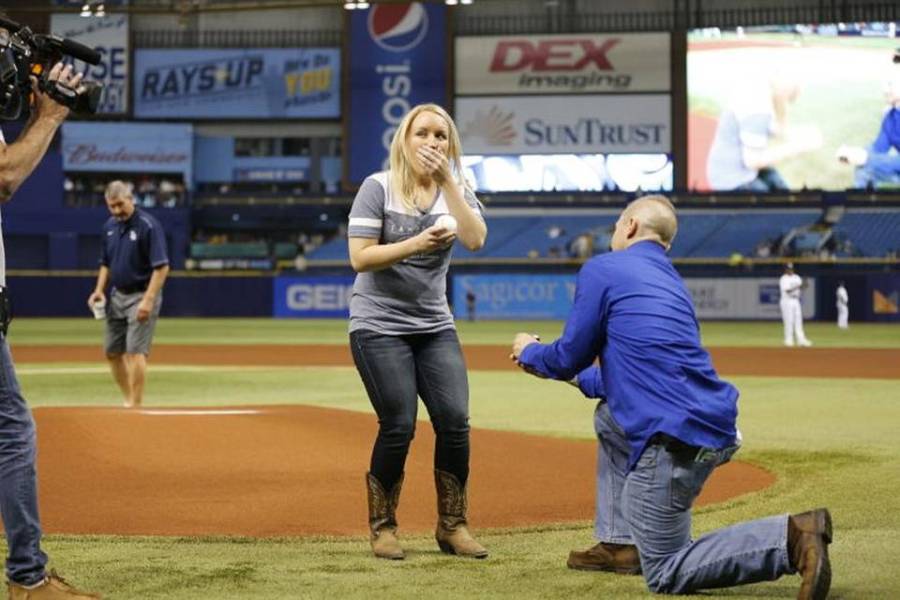 In January 2012, Cameron Hill responded to a 9-1-1 call that would change his life forever. He arrived at the scene and found a young woman stabbed 32 times outside her home. Melissa Dohme’s former boyfriend had attacked her so badly that she would have to spend three weeks in hospital. At the crime scene, Hill had no idea who the woman was but he just felt that he would see her again – and he did. They ran into each other at church a few months after the incident. They hugged, and made plans to reconnect. Soon, they began to date and the couple fell in love. On Monday night at the Tampa Bay Rays baseball game, Hill proposed to Dohme on the field, in front of the home crowd. Dohme said “yes” and after all she as been through, she finally gets a happy ending. 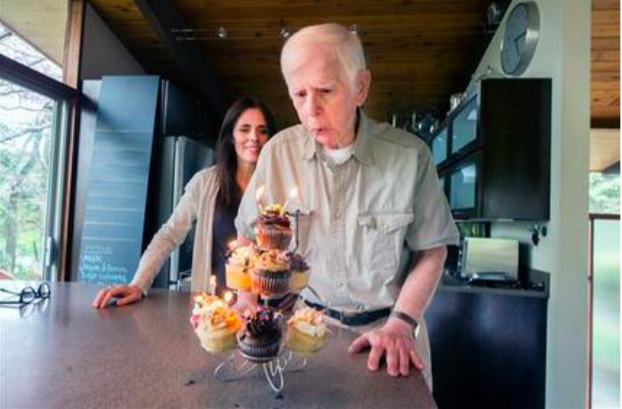 A 94-year-old man will be one of the oldest graduates to receive his degree when he walks across the stage at West Virginia University. Anthony Brutto has been studying at the university on and off for 75 years. On Sunday, he will receive his Regents Bachelor of Arts degree at commencement. Brutto began his studies at the university in 1939 when tuition was only $50. He then served in the Army Air Corps a few years later. In 1946, he returned to school but could not finish because he had to help care for his sick wife. Brutto told reporters that graduating college was always something important to him. He joked that he will take a bit of a break before perusing his master’s degree.

9. Dog makes miracle recovery after being hit by a moving train 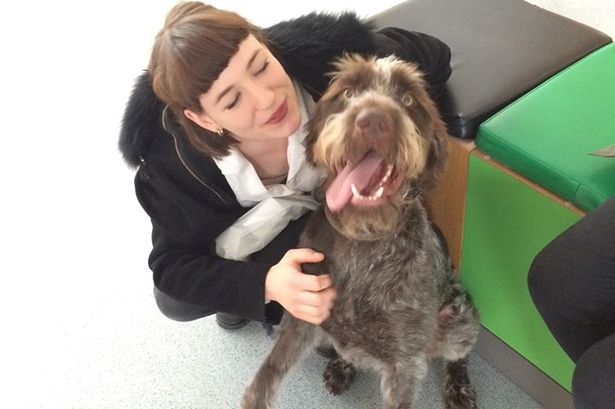 Archie the dog was exploring near a train station when he was struck by a train travelling at 65 km/h, and the impact of the hit sent the German Wire-haired Pointer flying 12 feet into the air. Remarkably, Archie survived the accident but suffered a broken diaphragm and internal bleeding. After a week at the vet, he has fully recovered and is now home with his owner, Lizzie MacKenzie.