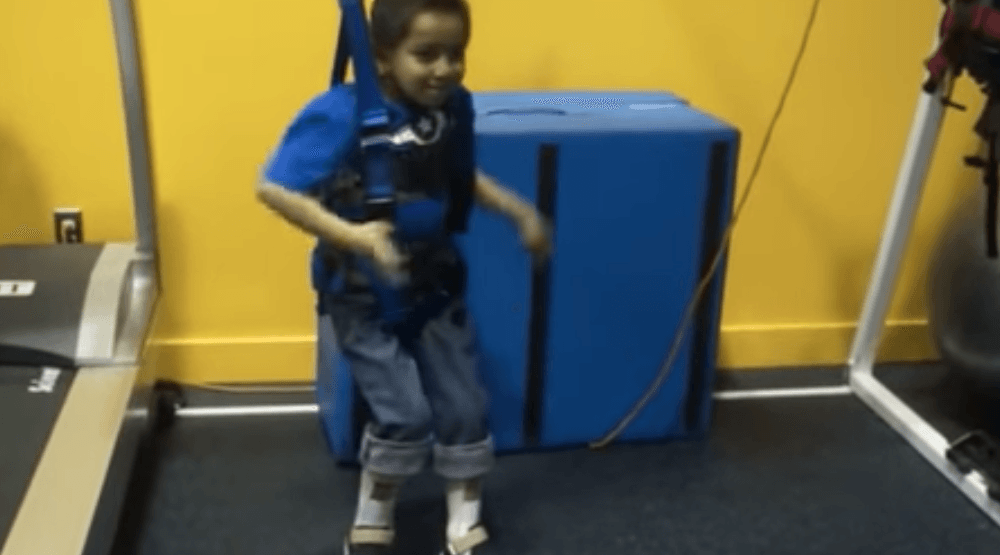 How do you change a flat tyre if you live @CityofVancouver? Easy, ask the @Blitzboks #peoplesTeam @SteinhoffRugby @worldrugby7s @vancouver pic.twitter.com/v0qgvVxU0R

The South African Rugby team made a quick stop to help change a flat tire on their way to BC Place before the start of the World Rugby Sevens Series.

The Springbok Sevens stopped their bus, and members of the top team in the World Series standings got out to lend a hand.

A few minutes later and the flat tire was changed and everyone was on their way.

2. Dog learns how to shovel snow to help owner

This dog wanted to help his owner shovel snow so he took it upon himself to learn how. This pup is definitely the world’s cutest shoveler.

A high school senior started a lunch club so no one would have to eat alone. Denis Estimon of Boca Raton Community High School in Florida formed the We Dine Together club to make sure everyone at his school was included during lunch period. The club meets every Tuesday and shares a meal. Estimon is now trying to get the club started in other clubs across the US.

4. Weather with Down Syndrome fulfils dream of being weather presenter

A young Frenchwoman with Down Syndrome has achieved her dream of becoming a TV weather presenter. On Monday, Mélanie Ségard appeared on France 2 to give the week’s forecast. To reach her goal, Ségard started a Facebook page called, “Mélanie can do it”. Over 100,000 liked the page to support her journey to becoming a weather presenter.

This pair of DC bald eagles were caught on a live-feed protecting their eggs from a harsh winter storm. The eagles, known as Mr. President and The First Lady, sat on the eggs to make sure the did not get in harm’s way.

These guys have big dance moves and even bigger hearts.

Last week, the Maritime Bhangra Group surprised a woman named Judy with a dance performance for her birthday and her reaction was priceless.

Judy suffers from ALS– a neurodegenerative disease that causes nerve cells that control muscles to die.

In December 2016, the Punjabi folk dance group made a video to raise money for ALS. Through the video, they met and befriended Judy.

The men decided to visit Judy for her birthday. The sang her ‘Happy Birthday,’ gave her a card, and then performed for her.

Ollie the Jack Russel Terrier has the best time at this dog show obstacle course. He went crazy with excitement, and it all made for a hilarious video.

8. Seven-year-old boy dances for first time after being paralyzed

In September, seven-year-old Bruce Mansy was paralyzed in a car accident. His parents thought he would never be able to walk. But with plenty of strength training, Mansy learned how to get up on his legs again and dance.

9. The Golden Retriever watches a video when he was a puppy and it’s priceless

This Golden Retriever was shown a video of when he first came home as a puppy and his reaction was just too cute.