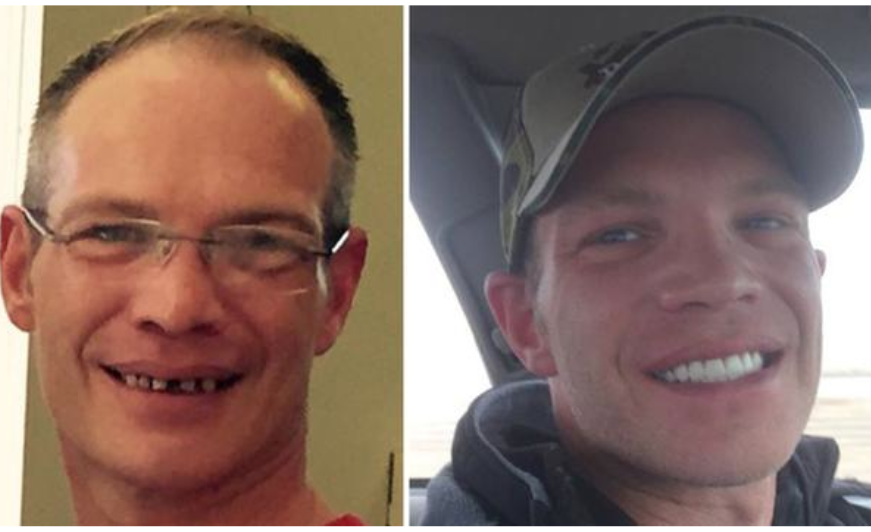 Brian Maixner is a waiter at a Kansas diner. He always provides service with a friendly smile, despite struggling with severe dental problems all his life. He was working to earn money for dental insurance so he could afford the procedures needed to get surgery. However, a restaurant patron decided to pay for Maixner’s dental work. Fred Boettcher, a lawyer from Oklahoma, wanted to help Maixner and gave him a $25,000 tip to pay for all expenses needed for his dental work. “This has changed my life completely, and I’m still taken aback by it,” Maixner told ABC.

Four-year-old Siahj ( Miss CiCi) Chase had the best comeback to a little boy in her class who called her ‘ugly.’ Siahj’s response has gone viral as she shows what a classy comeback really looks like. In the video, Siahj’s mother asks her what she told the little boy.” “I said, ‘I didn’t come here to make a fashion statement. I came here to learn, not look pretty!'” she replies confidently with a smile. Read more

3. Single father left to raise quadruplets receives over $300,000 in donations from strangers 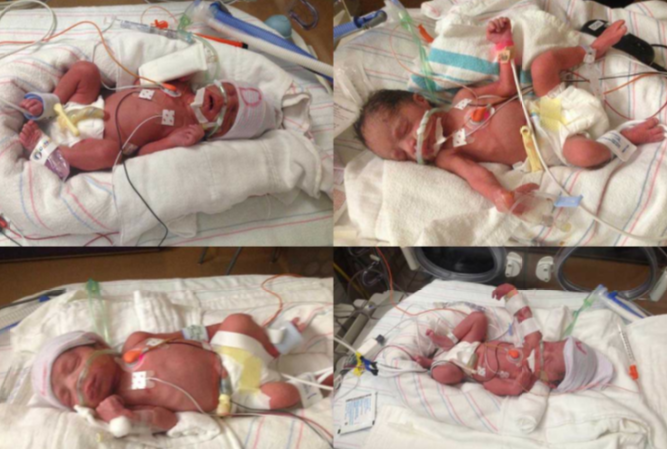 Carlos Morales experienced joy and tragic loss as his wife gave birth to quadruplets, but passed away after childbirth. The now single father is left alone to raise his babies. The news of Morales’ situation gained attention through news outlets, and soon a GoFundMe page was set up to raise money for the single father. Strangers have donated over $310,000 to help Morales with the expenses that come with raising a family. 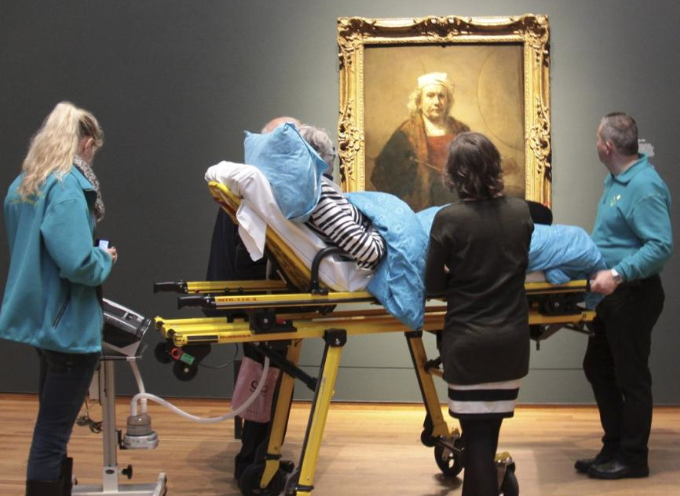 A terminally ill woman got the chance to visit the Rembrandt art exhibit at the Rijksmuseum in Amsterdam, thanks to the help of the Last Wish Foundation. The woman, who is unidentified, was sick with cancer, and her last wish was to visit the museum to see the artist’s work.

5. Donations pour in for infant who lost her mother in deadly river car crash 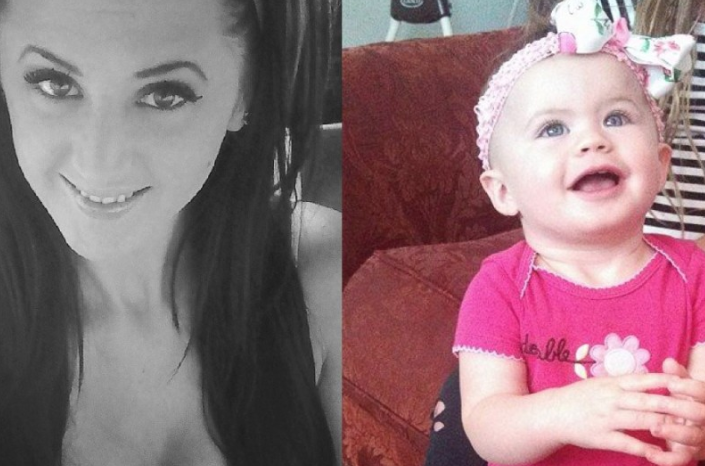 It is being called a miracle that 18-month-old Lily Groesbeck was found alive after spending the night in the icy waters of a Utah river. Her mother, Jennifer Groesbeck, was driving the vehicle when it flew off the bridge into the river. Authorities do not know what caused the crash, but the bleak weather conditions appear to have played a factor. Sadly, Lily’s mother passed away in the accident but the toddler was found alive after spending 14-hours in the submerged car. The vehicle had landed at an angle preventing any water from drowning Lily. A GoFundMe page was set up for the toddler, and strangers have donated over $50,000 for the little girl and her family. Read more

6. Man who was body-shamed for dancing at a concert receives the surprise of a lifetime 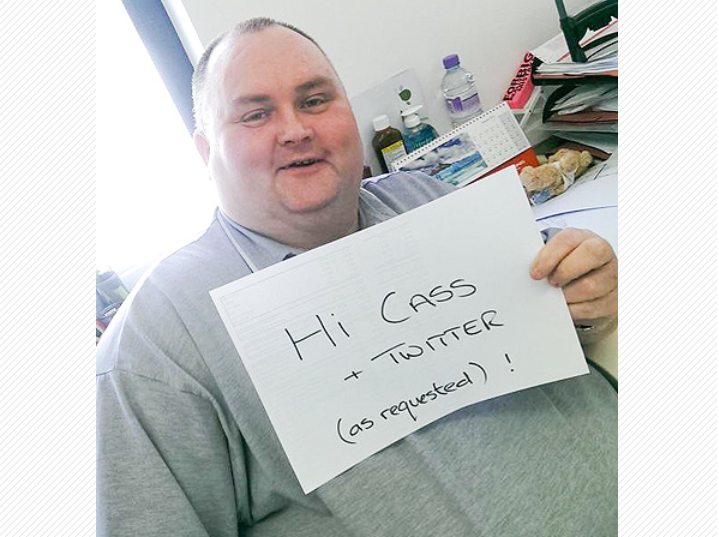 After photos of a man dancing at a concert went viral, internet bullies were quick to make fun of his weight. A writer at The Free Thought Project named Cassandra Fairbanks saw the mean messages and decided to do something nice for the unknown man. She sent out a message via Twitter to find him and after 11,000 retweets with the hashtag #FindDancingMan, Fairbanks was successful in tracking him down. Sean lives in England and is going to be flown to Los Angeles to partake in a huge dance party thrown in his honour. Celebrities like Pharrell Williams and Moby heard about Sean’s story and have also decided to attend.

7. Man proposes to his girlfriend 365 times and she didn’t even know it

Dean Smith proposed to his girlfriend, Jennifer, every single day of the past year, and she had no clue. Smith decided to do something special for the proposal, so he made a countdown video for 365 days of him holding up signs that asked Jennifer to marry him. He recorded his secret proposals every day while doing ordinary things like folding laundry or brushing his teeth. He officially proposed to Jennifer while they were vacationing in Aruba and presented her with his unique proposal video. The two are now engaged and planning their wedding. 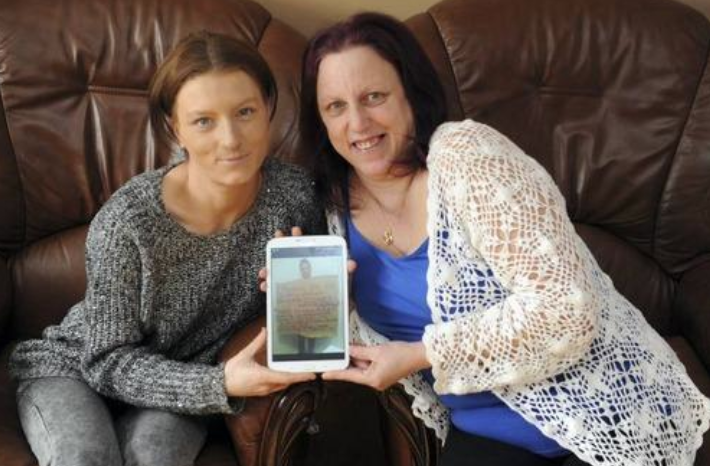 Stacy Lee was separated from her mother in 1993, when she was two years old. Growing up the Manchester native always thought about where her mother was, and she became determined to find her. She posted a photo of herself holding a sign that read, “Looking for my birth mother, Brenda Elizabeth Davies. (May have another name) Born in Leyland. Had me in Manchester General 21 October 1991. I also have two other brothers from my mum. If you have anything please contact me,” onto Facebook. Her birthmother (who now goes by the name Brenda Drake) saw the image and contacted Lee via Facebook. The mother and daughter have been reunited, thanks to the power of social media.

After her son passed away, Michelle was struggling to get her life together. Her daughter Crystal wanted to do something special for her mother, so she contacted the local radio station. Watch the video to see the heartwarming gesture and Michelle’s reaction.