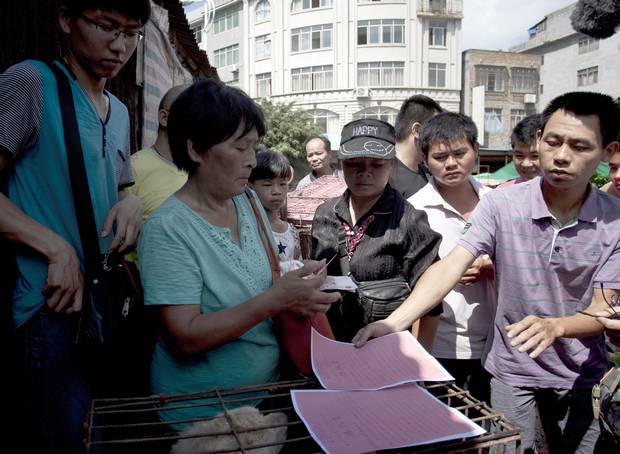 Yang Xaiouyun travelled over 2,400 kilometres to attend the Yulin dog meat festival. However, she was not there to support the trade or purchasing of dog meat. Instead, she wanted to save 100 dogs from being slaughtered. The 65-year-old paid over $1,000 to purchase the dogs to stop them from being killed and sold for meat. Over 10,000 cats and dogs are killed at the annual festival, which is held to mark the beginning of summer solstice.

2. Homeless man returns purse with $400 to single mother with cancer 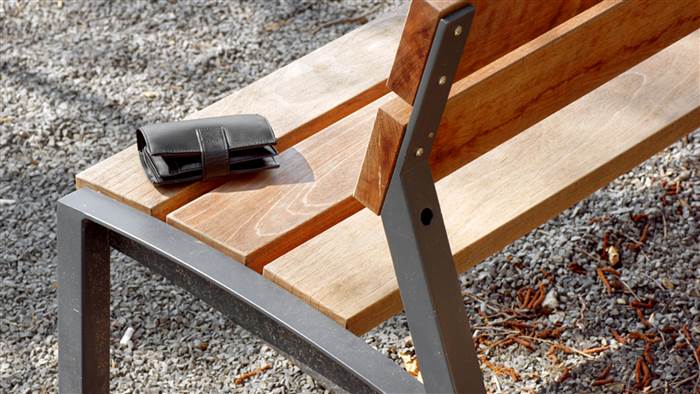 A Pennsylvania homeless man is being honoured for his kindness and honesty after he returned a wallet containing $400 to a single mother fighting brain cancer. He found the wallet on a park bench and decided to text Ashton Munoz, an assistant director at Hearts for Homeless shelter. The shelter provides its clients with prepaid phones just in case they need to get in touch with staff.

“I found a purse. There’s money in it,” the man wrote in the message. The man went on to explain in the text message that he was tempted to take the money and he requested Munoz come and take the wallet before he made a wrong decision. Munoz was able to identify the owner. She is a single mother battling cancer and she was grateful to get her wallet back as it contained her money, personal information and electronic benefits (EBT) card, used to access food stamps. To thank the man for his good deed, the shelter has helped him find an apartment.

3. Cat reunited with owners after being trapped in mattress for two months 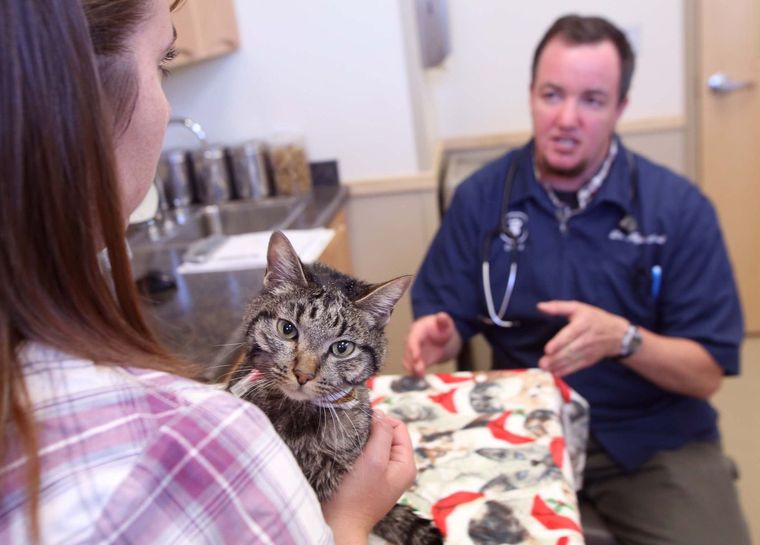 After two months of being trapped in a futon mattress, Moosie the cat is lucky to be alive. The two-year-old grey tabby cat’s owners, Kymberly and Jesse Chelf, thought they lost Moosie during their move. The family was relocating from Texas to Alaska when they realized that Moosie was missing. They looked for Moosie everywhere but could not find him.

“We just assumed he had run away, which was very unlike Moosie,” Kymberly said. “He’s just a very loyal, loving cat.” As they began to unpack their belongings, Moosie was found in a futon mattress that had been packed up. The cat was extremely dehydrated but Kymberly and Jesse rushed him to the vet. Moosie needed a surgery and a blood transfusion and is now on the path to recovery at home. “It’s unbelievable, but we are so glad to have him alive, and we can’t wait for him to come home,” Kymberly told reporters. 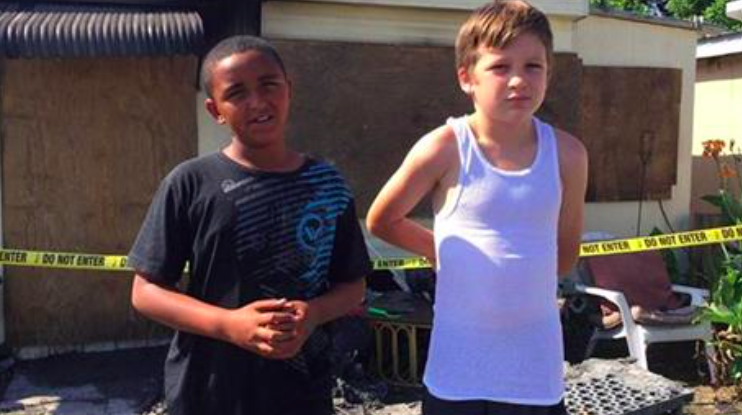 With summer vacation just beginning, 11-year-old Jeremiah Grimes and 10-year-old Isiah Francis were hanging out playing video games when they smelled something burning. They looked out the window and saw smoke coming out of the house next door. The boys ran out to see what was happening and one of their neighbours alerted them that two young children were trapped in the kitchen.

Without even hesitating, Jeremiah and Isiah went into the house and carried the one-month-old and eight-month-old out of the burning building. The boys said that they received training at school about what to do in a fire. “They did something that a grown man would think twice about doing,” said Jeremiah’s mother, Stef Laboy. “They obviously didn’t think twice about it. They were very heroic.” 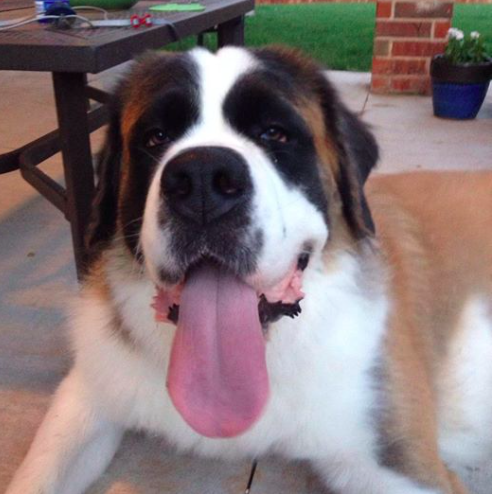 Doree, a Saint Bernard from Oklahoma, is a being hailed as a hero. The 160-pound dog smelled something strange in her family home. She ran to her owner, Jack Damrill, and began to bark and whine. Damrill was asleep at the time and tried to calm Doree down but the dog refused to let up. Then, Damrill’s cats began to meow loudly and he got up. He realized that the animals could sense something wrong in the house. He ran downstairs and began to smell gas.

It turns out his stove burner was left on and natural gas began to fill his home throughout the evening. “The firefighters were talking and they said, ‘Well, the worst-case scenario is your house could have been ended up in match boxes across the street. Which means, it would have blown up,” Damrill told KOCO News. Doree’s excellent sense of smell saved her owner from a potentially deadly scenario. “I think we’re going to buy a big old steak for her because she likes food and I think she deserved a steak tonight, no doubt about it,” Damrill said. 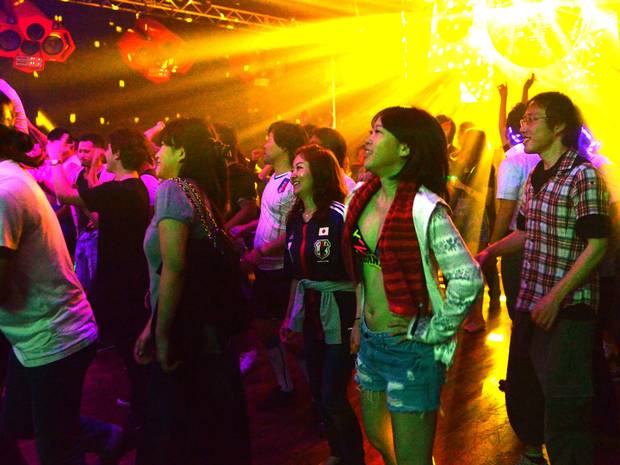 After 67 years, Japan has lifted a ban on dancing in public. The ban was put into place after World War Two and forbade anyone from dancing in a venue unless it had a license. Even if the premise were licensed, all dancing would have to stop by midnight. Despite the ban, Japanese officials rarely cracked down on those who kept dancing after midnight. However, the official end of the archaic ban has been a relief for many in Japan who just want to dance all night long.

7. University president turns down a bonus for third year in a row and donates $200,000 to scholarships and charities 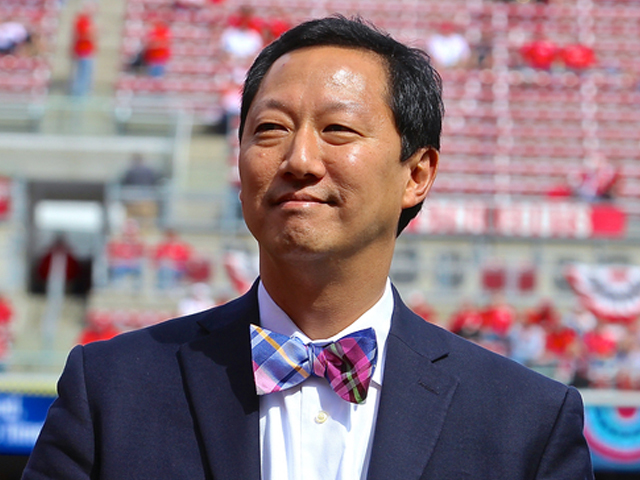 University of Cincinnati President Santa Ono has refused to accept his annual bonus for the third year in a row. Instead, he has asked the university to take his $200,000 bonus and donate it to 14 scholarships and charities for students. He also asked that $10,000 be donated to the family of a fallen police officer in Cincinnati.

“This may sound crazy, but it’s hard for us when someone turns down a raise,” Board President Tom Humes said. “But we’ve learned that the way to satisfy President Ono is to give him the ability to help others. It’s not to help him. We heartily endorse his decision.” 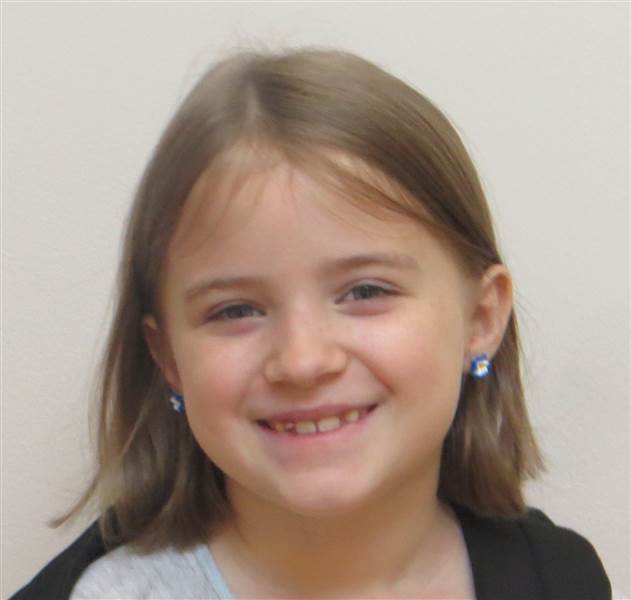 Eight-year-old Maddy Grayless recently passed away from a deadly form of bone cancer. Her mother Jessica recalls how Maddy wanted to make a difference in the world, despite her knowing that she only had a few months to live. “She was so sad,” explained Jessica. “She talked a lot about the things she was going to miss. And she said to me at one point, ‘Mom, I just wanted to be able to make a difference.’”

After Maddy’s story got out, a group of strangers on the Internet were inspired by the little girl’s goals to make a positive change in the world. They decided to start Facebook “pay it forward” page called “Maddy’s Mighty Minions.” The page is meant to bring people together from all over the world in order to inspire random acts of kindness. “It’s been helpful and very comforting to us that… everyone else is taking up the gauntlet for her and spreading the same kind of kindness that she would have had she been able to live longer,” the girl’s mother told reporters.

9. Man runs into burning building to save tenants and animals from apartment fire

A man trying out his new GoPro camera recorded some very scary footage of an apartment fire. He also ended up helping with the rescue process. In the video footage above, the man can be seen knocking on doors, alerting tenants about the fire and trying to evacuate anyone from the burning building.