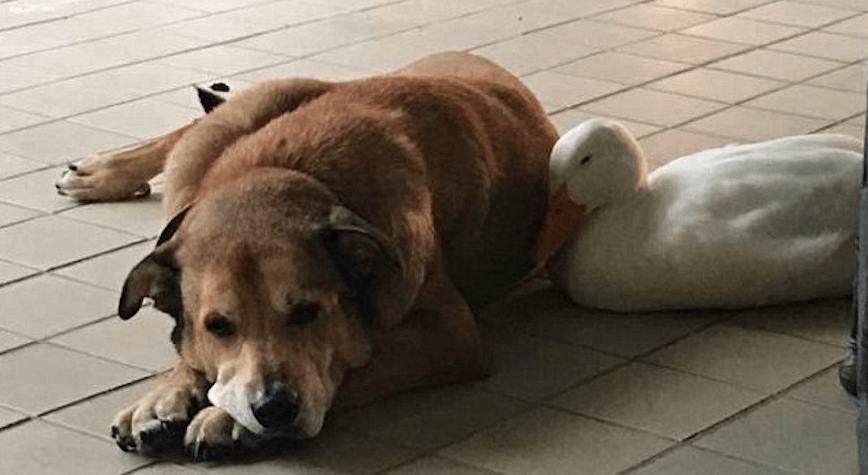 Two-year-old Silus Johnson of Fort Worth, Texas, has Norris Disease–a genetic disorder that impacts muscle development and leads to blindness. Silus is too big for normal walkers and needed something he could grow with. Silus’ great-grandfather went to Home Depot to buy supplies so he could build an adjustable walker. He was introduced to two employees named Eric Bindel and Christopher Wright who offered to take over the project. The Home Depot employees surprised Silus with his custom, adjustable, walker and he loves it.

2. Girl rescued from rubble in Italy after being trapped for 17 hours

Last week’s devastating earthquake in Italy has left the country mourning. But there have been glimpses of hope amid the chaos. A young girl was rescued from rubble in Amatrice, Italy, after being trapped for 17 hours. Crowds erupted in cheers as the girl named Giulia was pulled from the debris.

3. Couple wins free pizza for a year and donates it all to charity

Michigan couple wins a year’s worth of free pizza and donates the lot to a homeless youth shelter https://t.co/PvQugMq1zh

Hannah Spooner and Pete Kadry of Detroit recently won a year’s worth of free pizzas from Little Caesars pizza (52 pizzas in total). However, the couple has decided to pass on the pies and donate all the pizza vouchers to the Covenant House Michigan, an organization that helps the homeless.

“I just know there are other people out there who have nothing. And I don’t think I should be eating a year’s worth of free pizza when there are people who go hungry at night,” Spooner told Fox 13.

Fifteen animals were rescued this week from the ‘world’s worst zoo’ in Khan Younis, Gaza. Animal welfare group, Four Paws International, carried out the rescue. The Gaza zoo was in horrid conditions with animals not being fed or cared for. The zoo also displayed taxidermied animals that were once alive at the facility. The rescued animals will be transferred to other zoos and sanctuaries.

A dog and a duck have become unlikely friends. Jacquie Litton of Tennessee noticed the mystery duck console her dog George and caught the moment on camera. Litton’s other dog, Blackie, recently passed away leaving George heartbroken. But somehow, the duck has become a source of comfort for George.

“George has been heartbroken and has grieved with anxiety so bad that he has almost died twice. We have no idea where this duck came from but he sure does love George and since the duck has arrived George has not cried one time,” Litton wrote in a Facebook post.

For 100-year-old Man Kaur, age is just a number. The centenarian recently ran in the 100-metre race at the Americas Masters Games in Vancouver. It took her one minute and a half to complete the race as she was cheered on by a crowd of supporters. Kaur began running at 93 and has won over 20 medals.

7. Man saves struggling Fish and Chips shop thanks to his hangover

After a long night of partying, Colin Ross of Lethbridge, Alberta, woke up with a bad hangover. He decided to find a restaurant serving up greasy food to help get rid of the grogginess. He stumbled across Whitbies Fish & Chips and ordered a three-piece halibut with fries. Ross instantly felt his hangover disappear. He proceeded to talk to the shop’s 69-year-old owner John McMillan who explained that the restaurant was on the verge of closing. Ross felt awful and wanted to do something to help McMillan. So he wrote a glowing review of Whitbies on Facebook and shared the post with his 2,000 Facebook friends.

“I ordered the halibut special for 23$ – absolutely amazing.That traditional British fish and chips was just what I needed. And the owner was a gem, a real classy stand-up guy, so I ask everyone in Lethbridge to share this and go support this hard-working gentleman. He deserves it and he makes Joeys only look like child’s play,” Ross wrote on his Facebook page.

Soon, news of Whitbie’s spread thanks to Ross’ review and customers were lined up outside the door a few days later.

“Our business has just gone right through the roof to the point where, you know, we’ve got people waiting an hour and a half to an hour and three-quarters for their dinner,” McMillan said in an interview with CBC.

Polish discus thrower Piotr Malachowski won a silver medal at the Summer Games in Rio de Janeiro. But instead of keeping the medal, Malachowski has decided to sell it for a good cause. Malachowski put his medal for auction to raise money for a toddler named Olek Szymanski, who is suffering from a rare type of eye cancer. Last week, Polish billionaires Dominika and Sebastian Kulczyk purchased the medal for the around $84,000 USD.

This little girl from Nanaimo, BC, was devastated when her cat Cursor went missing three years ago. Recently, she was reunited with him. This heartwarming moment will definitely make your day.