1. Pizza delivery man cheers up woman when no one showed up to her birthday 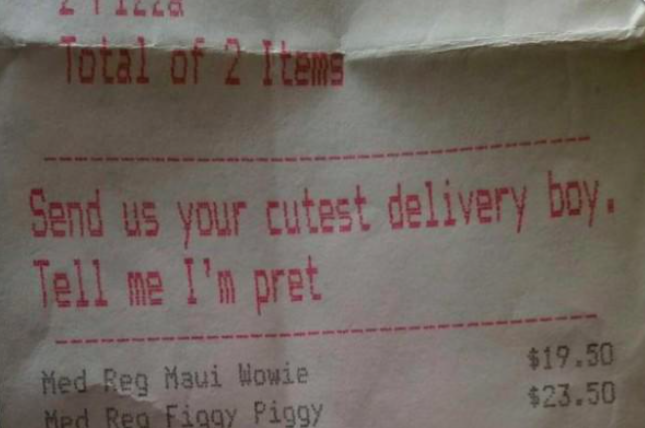 A pizza boy was assigned to deliver some pizzas to an unusual customer. When the electronic receipt came into the pizza shop, it read “Send us your cutest delivery boy. Tell me I’m pret.” The pizza chain assumed that “pret” meant was misspelled and was supposed to say “pretty.” The delivery boy thought it was just another group of college students playing a prank but when he went to deliver the pizzas he was surprised. The customer had the house decorated for a party but no one was there. The woman invited the delivery boy in for some cake and he hesitantly accepted. However, he was pleasantly surprised as the two got along quite well.

He did get a warning from his employer to stay focused on his job and not go into customers homes. However the pizza boy told reporters that cheering up the woman on her birthday was much more important. Read more

2. Remember this little boy from the cute ‘Success Kid’ meme? He is now eight years old and trying to help his dad find a kidney donor 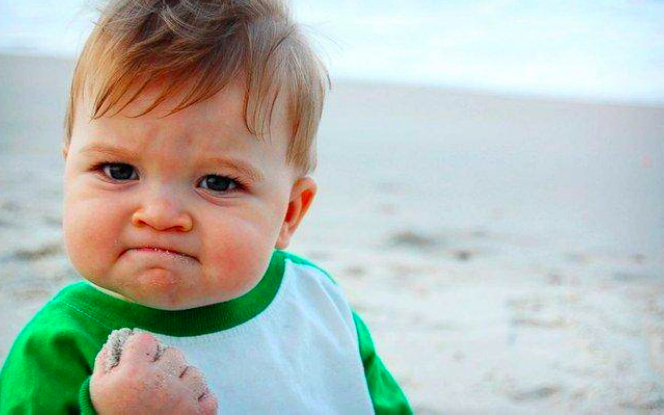 If you have been on the Internet at least a few times, it’s safe to assume that you have seen some funny memes with with the little boy pictured above. The photo of the boy, whose name is Sammy Griner, circulated around the Internet and he gained the nickname ‘Success Kid’ because of his cute fist pump and the look of determination on his face.

Now eight years old, Sammy is starring in another online endeavour – but this time it’s extremely meaningful. Sammy’s father is in dire need of a kidney transplant, so he’s involved in fundraising efforts to help find his father a donor. “I thought what a positive boost it could bring to our fundraising efforts for people to know this is for the father of the baby who has made so many people smile,” said Sammy’s mother, Laney. Read more

3. Young girl learns CPR and three hours later she saves a man’s life after he suffers a heart attack 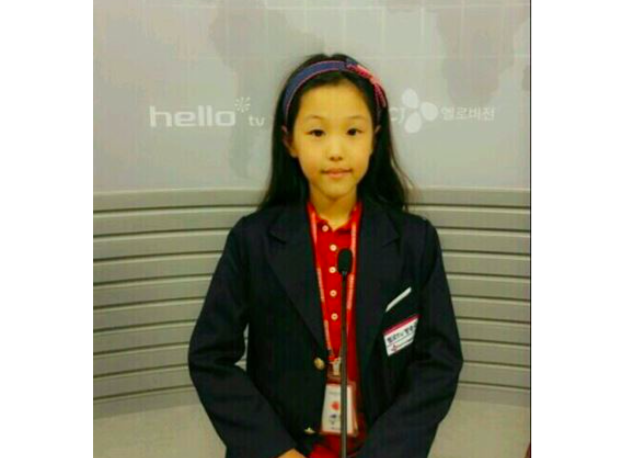 Lee Soo-bin, 10, is being hailed a hero after she used the CPR skills she learned to save a man’s life in the same day. Soo-bin learned CPR earlier in the day and she found herself needing to use those lifesaving skills three hours later when a man in her apartment complex was suffering from a heart attack. When paramedics arrived, Soo-bin explained to them that she used the techniques she learned at the fire station earlier that day.

She said she pressed the man’s chest until he starting breathing again. “I was scared but just wanted to help him out,” she said. “Now I know CPR can really help people. I want to take my friends to the training.” She was rewarded for her bravery last week at Gangseo Fire Station in southwestern Seoul, South Korea. Read more

4. Hospital in Texas welcomes first all-girl quintuplets ever born in the U.S. 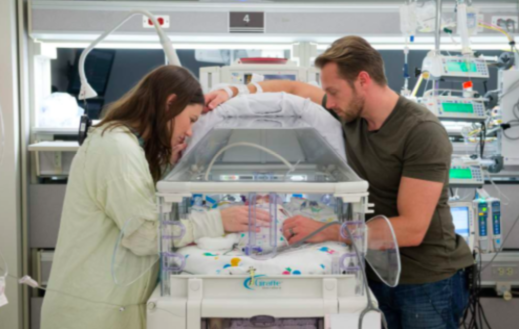 1969 was the last time all-girl quintuplets were born anywhere in the world. Last week, that record was broken when Danielle Busby gave birth to a set of five girls in Texas, who are the first all-girl quintuplets born in the U.S. Danielle and her husband Adam already have a three-year-old so they will certainly have their hands full. They named their newest bundles of joy Olivia Marie, Ava Lane, Hazel Grace, Parker Kate and Riley Paige. “We are so thankful and blessed,” Danielle told reporters. Read more 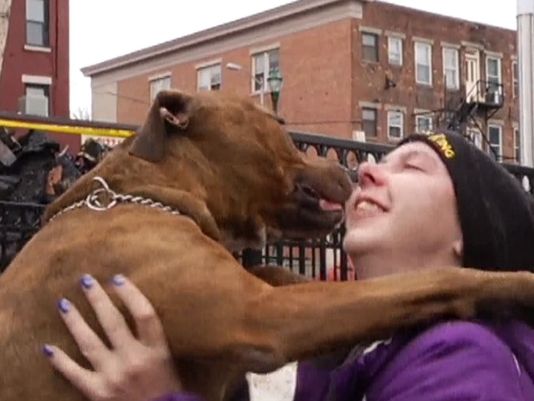 Stacey Lydon didn’t think she would see her beloved dog, Zeus, again. After a terrible apartment fire, Lydon was certain that she lost Zeus in the wreckage. Eight days later, rescue crews were clearing up the debris when they saw Zeus peeking through the fourth floor window of the damaged building. Firemen had to lure Zeus out with a slice of pizza and when they finally got the dog out of the building he was dirty and slightly injured.

Finding Zeus alive was just what the rescue team needed to lift their spirits as the fire had claimed two people’s lives. Lydon did not live in the building that caught on fire. She had sent Zeus there to be dog-sat by a friend when the fire broke out. “I never gave up hope. I really didn’t,” said Lydon. “Without any signs of a body, I would never stop looking for him.” Read more

Last week a litter of baby foxes were left in a clothing recycling bin at Walmart parking lot in Pennsylvania. A Good Samaritan found the baby foxes in a card board box and took them to a near by wildlife rehab centre. The cubs are now recovering and being nursed back to health. They are expected to be released back into the wild by July. Watch the video to see just how cute they are!

7. Mouse is bought as a meal for a pet snake but instead they become best friends 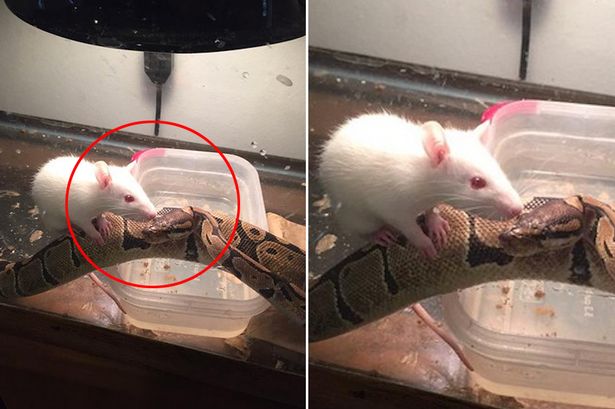 Snakes are often though of as cold blooded killers, but one python has defied this stereotype. Zoey Michelle bought her pet snake a white mouse for dinner and thought that it would be devoured within minutes. However, upon returning to check on her pet, Michelle was surprised to see the python and mouse cuddled together. The pair have been ‘BFFs’ for five days now and are reported to be inseparable. A picture of the two best buds was posted on Twitter and has now gone viral. Hopefully, the friendship will be a long lasting one. Read more

8. After 14 years, this man’s wallet was returned to him with more money in it than when lost 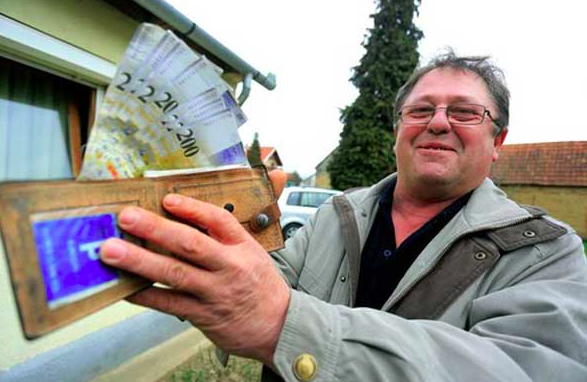 Ivica Jerkovic was in for a surprise when a curious looking parcel arrived for him at his home in Croatia. When he opened it he was shocked to find that someone had sent him his wallet that he had lost 14 years ago. What was even more shocking was that when Jerkovic opened the wallet, he found that there was much more money in it than when he had lost it. Jerkovic remembered that his wallet contained $1,060 in it when he lost it. He withdrew the money from the bank so he could pay to repair his roof. Jerkovic’s wallet was returned to him with $1,530. The person who returned the wallet has remained anonymous. Read more 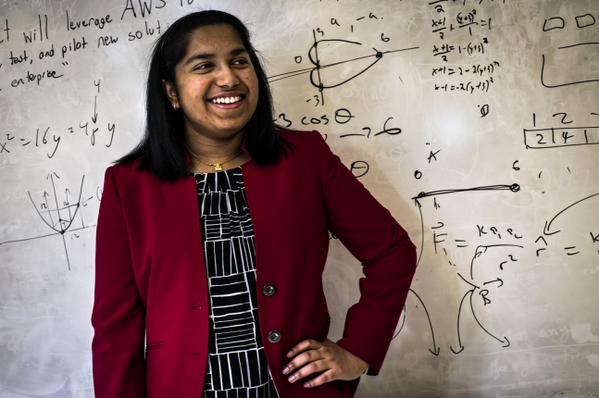 In last week’s round up we shared a story about a young man who was accepted into all eight Ive League schools in the U.S. This week, another student has also been accepted into all America’s prestigious post secondary institutions. Pooja Chandrashekar has a 4.57 grade-point average, scored a 2390 (out of 2400) on the SAT and excelled at all 13 of her Advanced Placement exams. She is also a founding member of a national program that encourages teenage girls to become involved with STEM (science, technology, engineering and math) programs. Not to mention, she also invented a mobile app which predicts whether or not an individual has Parkinson’s disease. Oh, and she’s only 17.

To add to her list of accomplishments, Chandrashekar has been accepted into all eight American Ivy League schools. Colleges such as Stanford, MIT, Duke, the University of Virginia, the University of Michigan and Georgia Tech have made offers – and now its up to her to decide. Right now she has narrowed down her list to Harvard, Stanford and Brown. Not too shabby for a 17 year old. Read more