1. Farmer keeps baby calf from freezing to death by holding him in hot tub 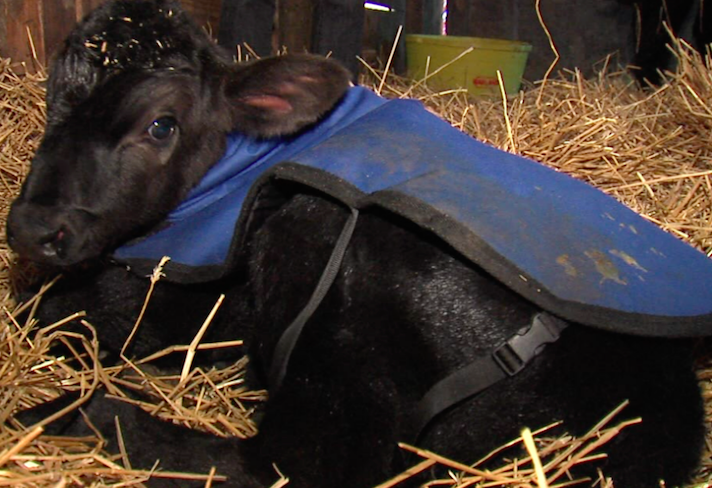 Dean Gangwer, a third-generation farmer from Indiana, used his resourcefulness to save a baby cow from freezing to death. Gangwer keeps hundreds of cattle but did not notice the birth of the tiny calf. He found the baby cow alone in the snow. The calf was barely breathing and had a very low body temperature and Gangwer knew he had to step into action. He took the cow back to his house and sat with it in his hot tub until its body temperature was back to normal. The calf, now named Leroy, is now healthy and happy thanks to Gagwer’s quick thinking.

2. Blind man and his amputee friend plant over 10,000 trees in China 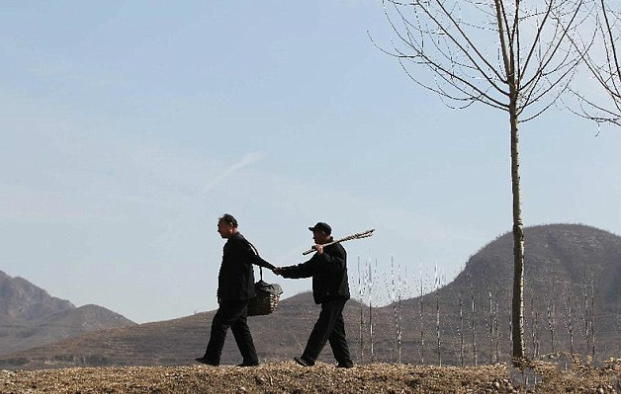 Jia Haixia and Jia Wenqi are 53-year-old men who are not letting their disabilities get in the way of their determination to do good in the world. Haixia is blind and Wenqi has both arms amputated but together, both men have planted 10,000 trees in a Hebei, China. The men decided to team up ten years ago. ‘I am his hands and he is my eyes,’ said Haixia. Together they have created a three-hectare green space along a stretch of river bank. Read more

3. Abandoned dog saves lives of newborn puppies and their mother 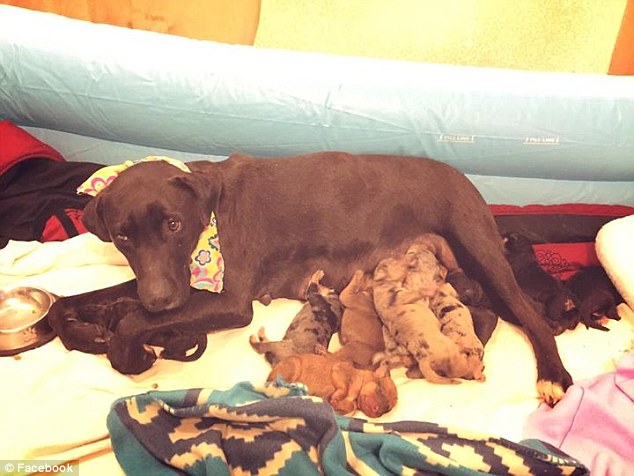 An abandoned dog showed its courageous spirit after saving the lives of 10 newborn puppies and the weak mother. The dog, who has been named Hero, began repeatedly barking in order to alert passerby and leading them to the location of the dogs in the woods. Rescuers Marina Tarashevsce and John Miller were trying to save Hero from a Dallas park. Hero’s incessant barking made the rescuers aware that he was trying to tell them something. They followed the dog into the forest and they soon came across a burnt out tree near a creek. Under the tree, Taraschevsce and Miller found 10 sick puppies and their weak mother. The 11 dogs and Hero have been taken to a caring foster home. It is believed that Hero may be the puppies’ father, but it is not confirmed. Either way, the Dogrrr-Rescue group told reporters that Hero will be ‘ the most loving and nurturing dog dad.’ Read more

4. After 40 years, man reunited with nurse who he says was “the first person to ever be nice to him” 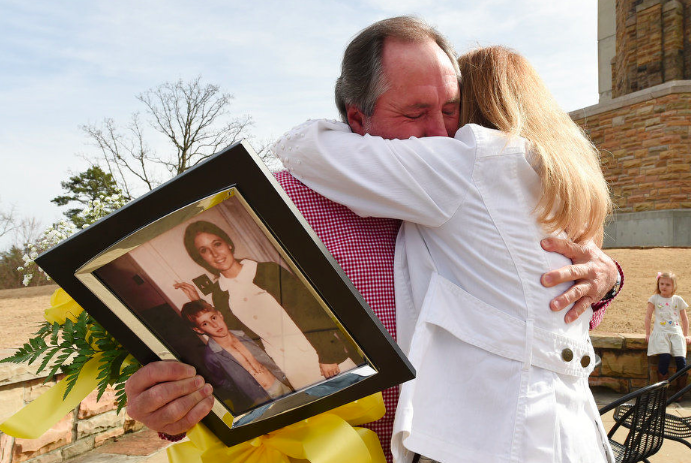 Afte 40 years, Gary Bentley was reunited with a very special woman. In 1973, Bentley received open heart surgery when he was only 10 years old. Kathy Henricks was a nurse during the time of Bentley’s surgery and recovery. “She was so sweet to me at a time in my life when I really needed someone to show me that there were good people out there that cared and wanted to help,” Gary told AL.com.

All Gary had to remind him of Henricks was a photo they took together. He did not know her name or where she lived. He took to the Internet to find her and his search became very popular on Facebook. A friend of Kathy’s had told her that an old patient was looking for her. Bentley and Henricks reunited soon after. Read more

5. Internet bullies called her “the ugliest woman in the world” but Lizzie Velasquez is rising above the negativity 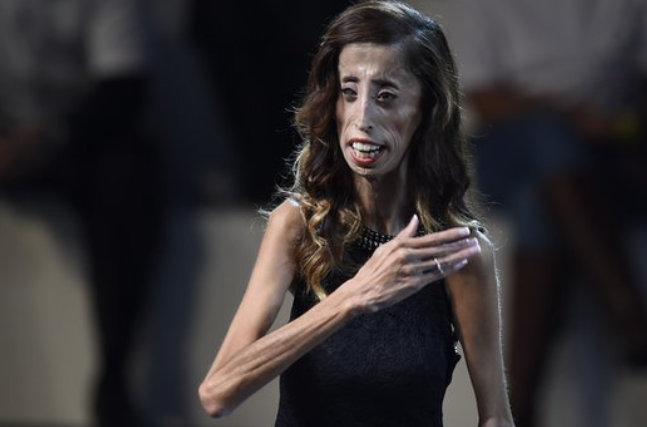 When she was 17, Lizzie Velasquez was on YouTube when she came across a video entitled “The World’s Ugliest Woman.” She decided to watch it, but froze in horror when she saw that the video was about her. Velasquez suffers from two rare conditions called Marfan and lipodystrophy which inhibit her from gaining any kind of weight. She has been teased since she was young, but until coming across the YouTube video, she did not realize how mean internet bullies were.

However, Velasquez did not let the mean comments get her down. She created her own YouTube channel to tell people who she really was. In 2013, she gave a TED Talk in Austin, Texas, entitled “How do you define yourself.” She is campaigned U.S. Congress to create an anti-bullying bill. Now, Lizzie’s story is the focus of a documentary premiering at the SXSW festival in Texas. “[Lizzie’s] experience of triumphing adversity and making it to the other side of a painful experience is universal,” said ara Hirsh Bordo, the film’s director. Read more

6. Puppies who were trapped in a cage 24/7 are now free and living a happy life 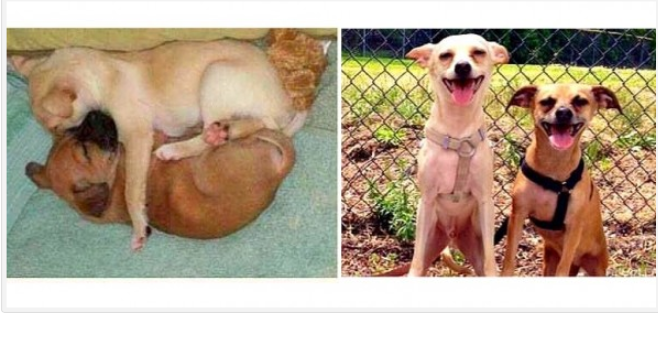 Jake and his sister Abbey are two Chihuahua puppies that have been through a lot. When they were two months old they were abandoned on the side of a busy road. Then, they were adopted by an abusive owner who kept them in a cage all day long. Animal rescue workers found the dogs and brought them to a shelter where they were put up for adoption again. Luckily, the pups hove now found a wonderful home with a kind owner who could not resist adopting both dogs.

7. Ship turns around and travels 180 miles to save girl 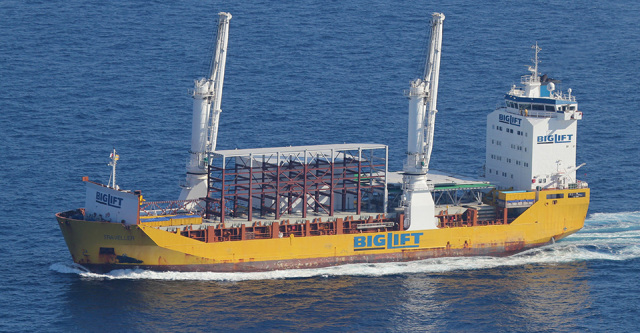 A cargo ship is being praised after turning around 180 miles to save a sick child. The young girl fell sick in St. Helena Bay, South Africa. The coast guard had sent out several calls for help in order to get the child to a hospital but no one replied until the cargo ship received the message. The cargo ship then changed its course and travelled 180 miles to reach the girl. 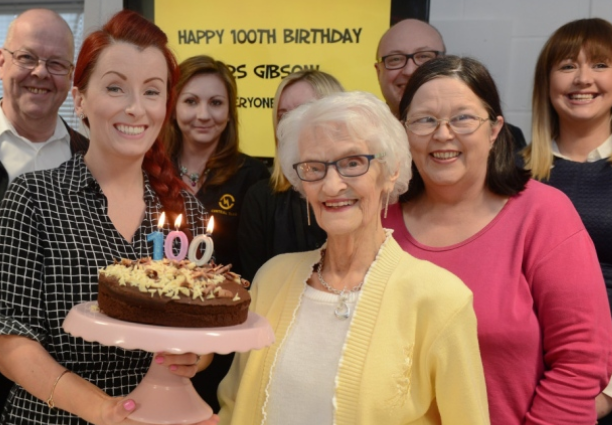 Christine Gibson has ordered a taxi from Central Taxis every Saturday morning for 30 years. She used the cab serve to get to her hair appointments and always tipped the driver with some extra change and  candy. Gibson’s 100th birthday was soon approaching and with no surviving family, the cab company decided to do something special for her. The employees at Central Taxis threw Gibson a party with champaign, cake and a tour of the company’s HQ. Gibson even got to dispatch taxis for her special day.

“I was really quite gobsmacked. I’ve never liked to draw attention to myself really. I feel lucky that I’ve got to that age. I’ve had a good life. It was a very happy day. I have no children, and all my people and my husband’s people are away, so I have no-one at all by myself,” Gibson told reporters. Read more

9. Little boy with severe autoimmune disease gets support from all over the world after his video goes viral

A little boy in Northamptonshire, England is taking to social media to get people to support him all for a good cause. Seth Lane is five years old and suffers from a severe immune system disorder also known as “bubble boy disease.” He has lived in a sterile environment for his whole life, and anyone entering his hospital room must wash their hands excessively before entering to prevent germs from spreading to Seth. After his first bone marrow transplant was unsuccessful, Seth’s father Nik filmed a video of his son holding up signs asking people to #WearYellowforSeth for his upcoming operation on March 27. The video has since gone viral with over two million views.

“We have a map of the world in his room and we will pin all the countries where people [wearing yellow] have posted a picture from. Also we will be printing some off and putting them up in his room.” Nik posted on the family’s blog.