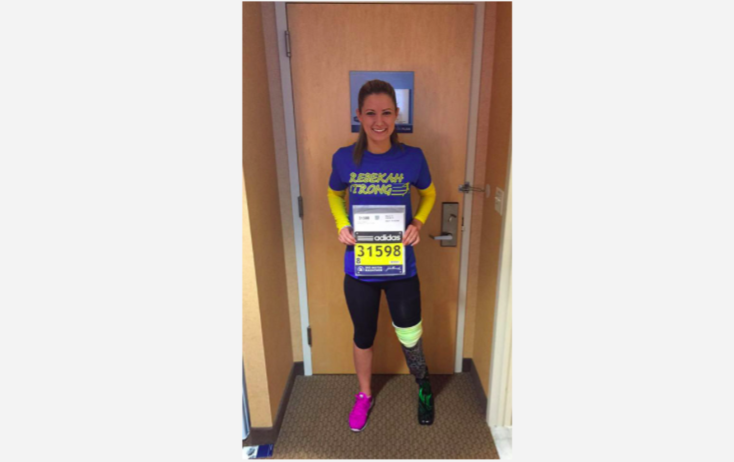 Rebekah Gregory was at the finish line of the Boston Marathon in 2013 when a bomb suddenly exploded. The impact of the bomb hit Rebekah so badly that her leg had to be amputated. While many thought she would never run again, Rebekah showed her determination and tenacious spirit as she completed the Boston Marathon this year with her prosthetic leg. Gregory started training last November – a week before her leg was amputated. After her surgery, she had to train at least an hour a day for five days a week.

She began the race at the 23 mile because her doctor told her if she ran the whole race she ran the risk of damaging her prosthetic. However, her determination and tenacious spirit helped her reach the end of the course as she crossed the finish line crawling on her knees. “I took my life back today,” she said. “I want people to know that there’s life after bad things that happen to you. And if I can be someone’s hope or inspiration, that’s what I want to do.” Read more 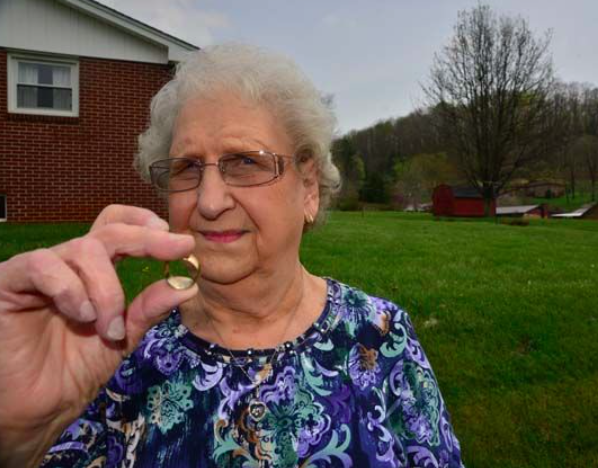 Ruth Jones’ anniversary ring has been lost for 55 years in her backyard. After looking for it for years, Jones had given up. Recently, her nine-year-old great grandson, Noah, paid her a visit. Noah had received a metal detector for Christmas and he was his eager to use it during his stay at his great grandmother’s house. It turns out Noah’s metal detector came into good use as he ended finding his grandmother’s long lost ring in the yard. “We’ve had other people come here looking for it and it came up there the other day,” Jones said. “I thought we would never find it.” Read more

3. Toddler without feet gets a very special puppy 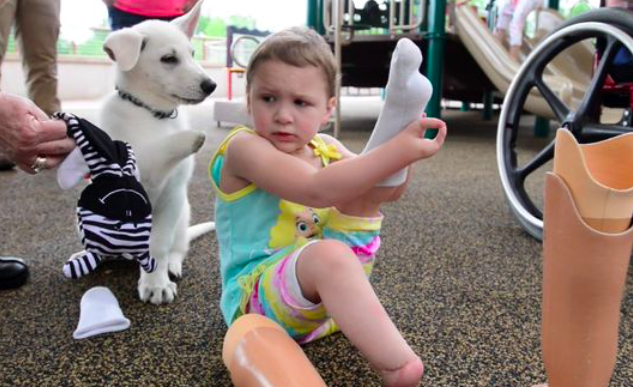 Karen Riddle never doubted that her puppy born with one front paw was a special dog. The white German shepard named Lt. Dan was the only one born in the litter with a missing paw. Riddle named the puppy after the character in Forrest Gump who lost both his legs. People suggested to Riddle that she should put Lt. Dan down but that was never an option as many of her puppies have gone on to become therapy dogs for those with special needs.

So Riddle began looking for a special child or veteran who could use a furry pal. It turns out that little Sapphyre Johnson was in need of a therapy pet. Like Lt. Dan, Sapphyre has her feet amputated. “The first time I showed her a picture of the dog, [Sapphyre] looked at it for a moment, and she said, ‘That’s my puppy. He’s just like me,’ ” said Elaine Hardin, a child life specialist at Shriners Hospital. “He’s a special dog and he’s going to a special child.” Read more

4. Man who missed his prom gets the chance to go 62 years later with a very special date 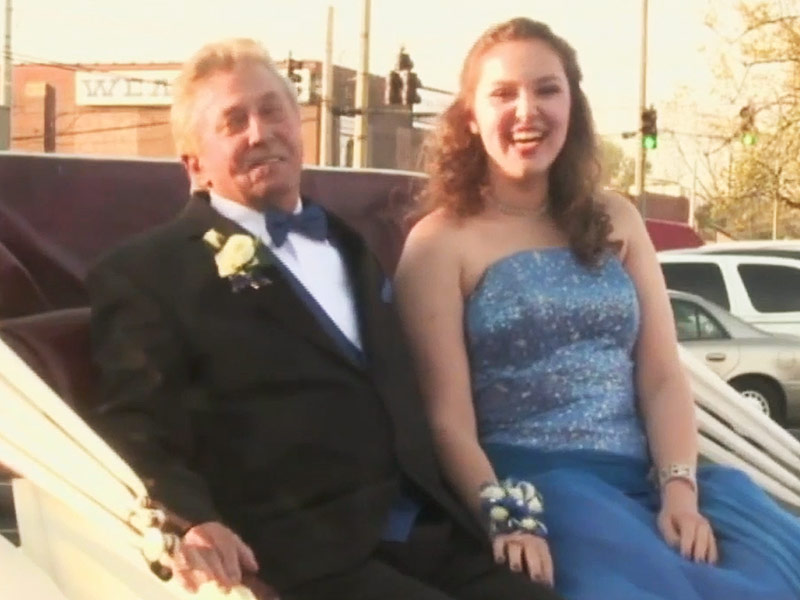 An 80-year-old grandfather from Alabama got the chance to experience prom for the first time this week. James “Poppa” Drain never went to his prom when he was graduated from high school 62 years ago. So his granddaughter, Joy Webb, asked him to be her prom date for her graduation. Webb is very close to her grandfather and she wanted to share the special day with him. “My family is everything to me, and I love him so much, and it’s just  really special to me because I know not many people get to do that,” Webb said. Read more

Two parrots were rescued from a house fire earlier this week by communicating to fire fighters that they needed to be saved. The birds were trapped inside the house and emergency crews responded to the scene and heard what they believed to be human voices coming from inside. Firefighters said they heard someone screaming, “Help! Fire!” and they followed the voices to find two parrots crying for help. Crews safely removed the birds from the house and they are expected to be ok. Read more

6. Success Kid is successful in helping his father get a kidney transplant 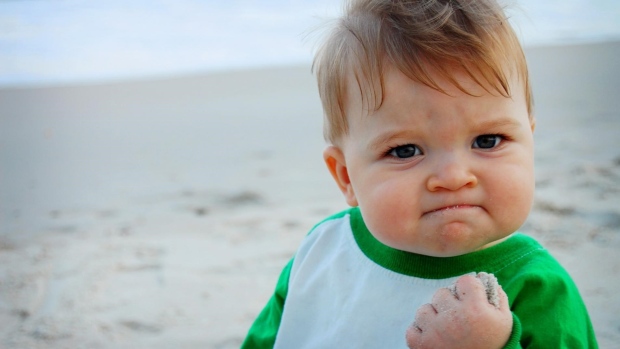 In last week’s roundup, we shared a story about Sam Griner who is the star of one of the Internet’s most famous memes. A photo of Griner as a toddler has become a viral sensation and he is known widely as the “success kid.” Now eight-years-old, Griner has been trying to help fundraise for his father who needs a new kidney. It turns out that Griner title as “success kid” is fitting as he successfully helped raise $80,000 for his dad’s kidney transplant.

Griner and his family started GoFundMe page last week in an effort to help Sam’s father get the surgery. In just seven days, almost $75,000 was donated from online strangers. Many of the online donators recognized Sam from his famous meme. “If you hadn’t taken a picture of your son and posted it to the Internet so many years ago, no telling how this would have gone,” one person wrote in the comments section of the GoFundMe page. Read more

7. Good Samaritan on subway train stands up for a couple who were being harassed about their religion during their commute

When 23-year-old Stacey Eden witnessed a Muslim couple getting harassed about their religion by a fellow passenger on the subway, she felt the need to stand up for them. Eden was also filming the whole interaction on her cell phone and it has since gone viral. In the video the a woman can be heard accusing the couple of being terrorists and asking them are members of ISIS.

“Have some respect… You got nothing nice to say don’t say anything. It’s simple,” Eden says in the video. “[The woman] was saying a lot of things I just got to the point where I had heard enough,” Eden said. Eden missed her stop to ensure that the couple would remain safe after the heated exchange. The couple has since expressed their gratitude towards Eden for standing up and saying something against the hatefulness that they experienced. Read more

8. Woman struggling to pay off her student loans gets her debt entirely wiped away 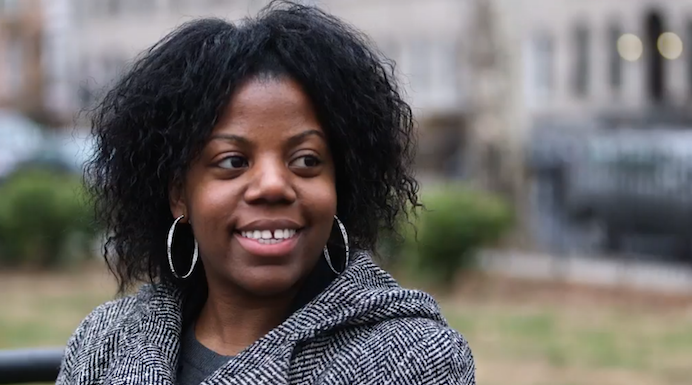 Rhea Shannon has be struggling to pay off her $50,000 in student loans after experiencing tremendous loss in her life. Shannon’s father was killed on duty in Afghanistan during her senior year in college. Her father was determined to help Shannon complete her scholarly pursuits and he took out a loan for her which he promised to help her pay off. After his heartbreaking death, Shannon could not afford to pay her loans and she decided to share her story with CNN.

Only two hours after the story was published, Shannon received a phone call from Ashlynne Haycock at Tragedy Assistance Program for Survivors, also known as TAPS, which is a non-profit society that helps people who have lost loved ones in the military. Haycock told Shannon that her debt could be completely wiped with assistance from JPMorgan Chase – an American bank that partners with TAPS. Shannon is now able to live life debt free and she is grateful for her father who pushed her to reach her educational goals. “He had three kids about to go to college in four years or so,” Shannon said. “He knew what had to be done to make that happen because college is so expensive.” Read more

9. Homeless man discovers bank account that he never knew he had 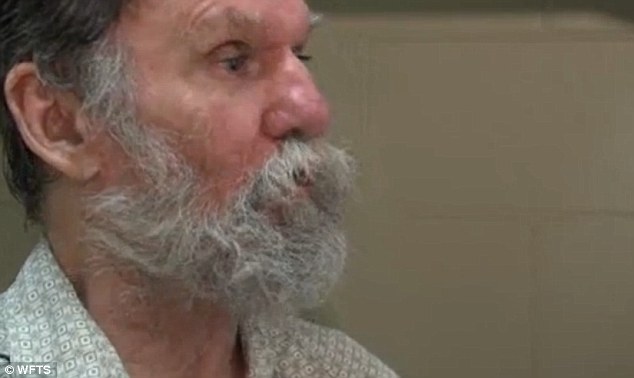 John Helinski spent three years of his life sleeping on a cardboard box at a bus stop in Tampa, Florida. The 62-year-old’s identification got stolen making it very difficult for him to apply to stay at a homeless shelter. However, Helinski was unaware that he actually had forgotten bank account that had enough money and social security benefits to buy his own home. After looking into his story, a police officer and case worker discovered that Helinski had a bank account in Poland (where he is originally from) that had enough savings to provide a comfortable life for the man who spent so many years without shelter.
“I guess I’m exhilarated, excited, you know,” Helinski said. Read more