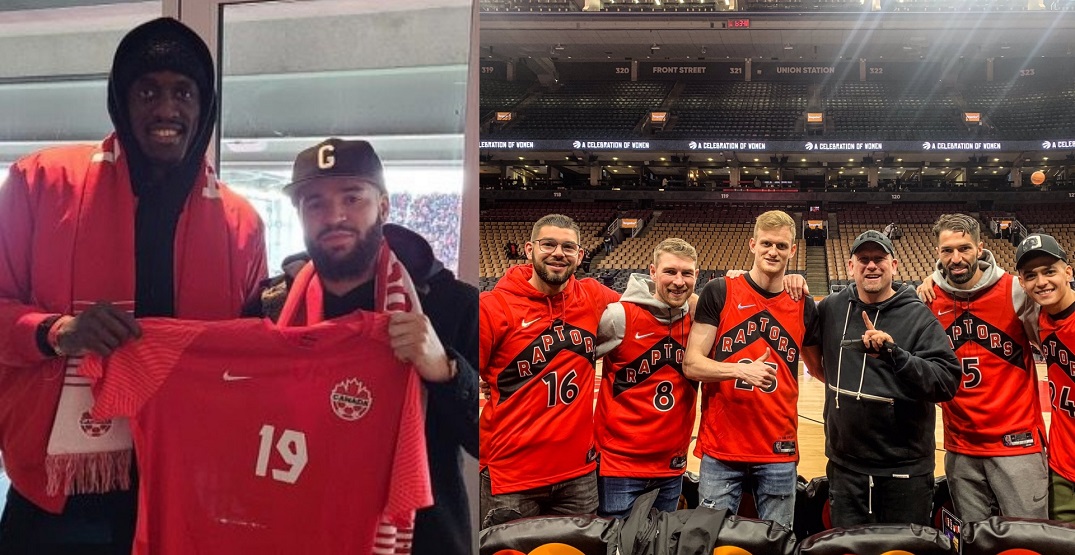 Just one day after Canada qualified for the 2022 World Cup, the players on the men’s national team were in the house to check out a Toronto Raptors game.

Treated to a 115-112 thrilling overtime win for the Raptors over the then-first-place Boston Celtics, the World Cup-bound squad got recognized at half-court during a stoppage in play in the second quarter.

First introduced by a hype video showing the highlights of their qualification process, fans in attendance gave the squad nearly a minute-long standing ovation once they came out on the floor.

Standing O for the #CanMNT at the Raptors game. Scenes. pic.twitter.com/EYiDJMWndt

Canada secured its qualification for the 2022 World Cup on Sunday with a 4-0 win over Jamaica at Toronto’s BMO Field.

To Qatar we go! @CanadaSoccerEN

In a way, the team was returning a favour to Pascal Siakam and Fred VanVleet, who were in attendance on Sunday for the historic win. And Siakam made sure to impress the Canadian stars, dropping a season-high 40 points on Monday evening.

Though they’ve already qualified, Canada has one game left in this international window, taking place tomorrow evening in Panama. Kickoff for the game is set for 9:05 pm ET/ 6:05 pm PT, and can be viewed on Sportsnet as well as OneSoccer.