A man was photographed last night climbing VPL Library Square’s “The Words Don’t Fit The Picture” sign and lighting a flare once reaching the top.

The sign is a public art piece and is located at the intersection of Robson and Homer Streets. Pierre Bousseau caught and photographed the man in the act from the Starbucks located across the street.

This is the second time in months that an individual has been photographed successfully completing such a stunt. In November 2013, a man was seen and photographed climbing the 60-foot tall EAST VAN sign located at the intersection of Great Northern Way and Clark Drive. He also proceeded with lighting a flare upon reaching the top.

It is not known whether the same man is responsible for both stunts. 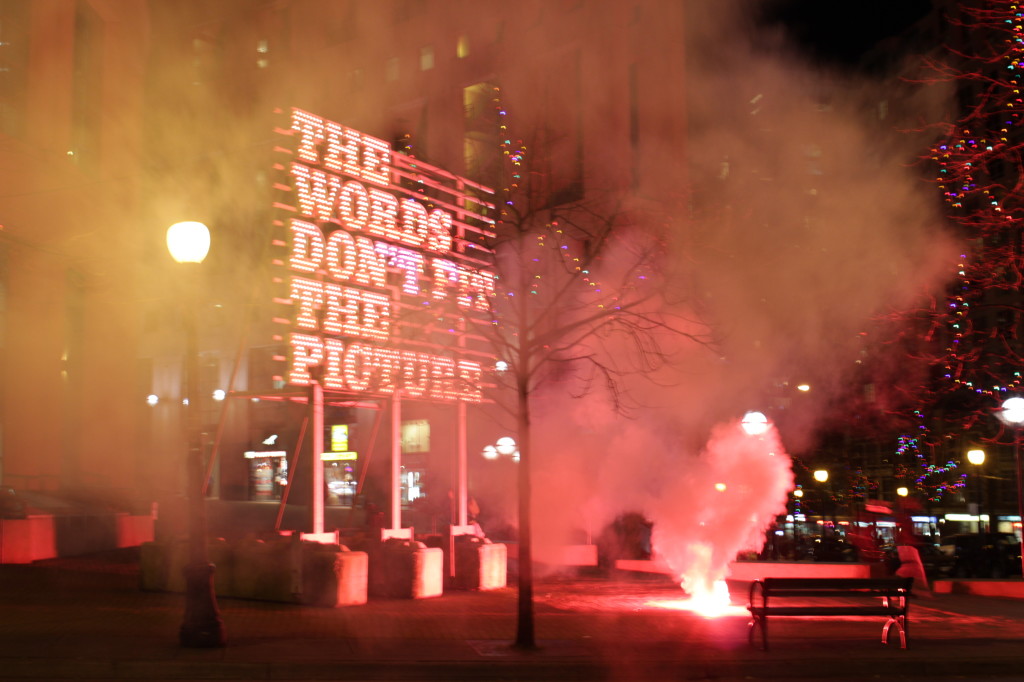 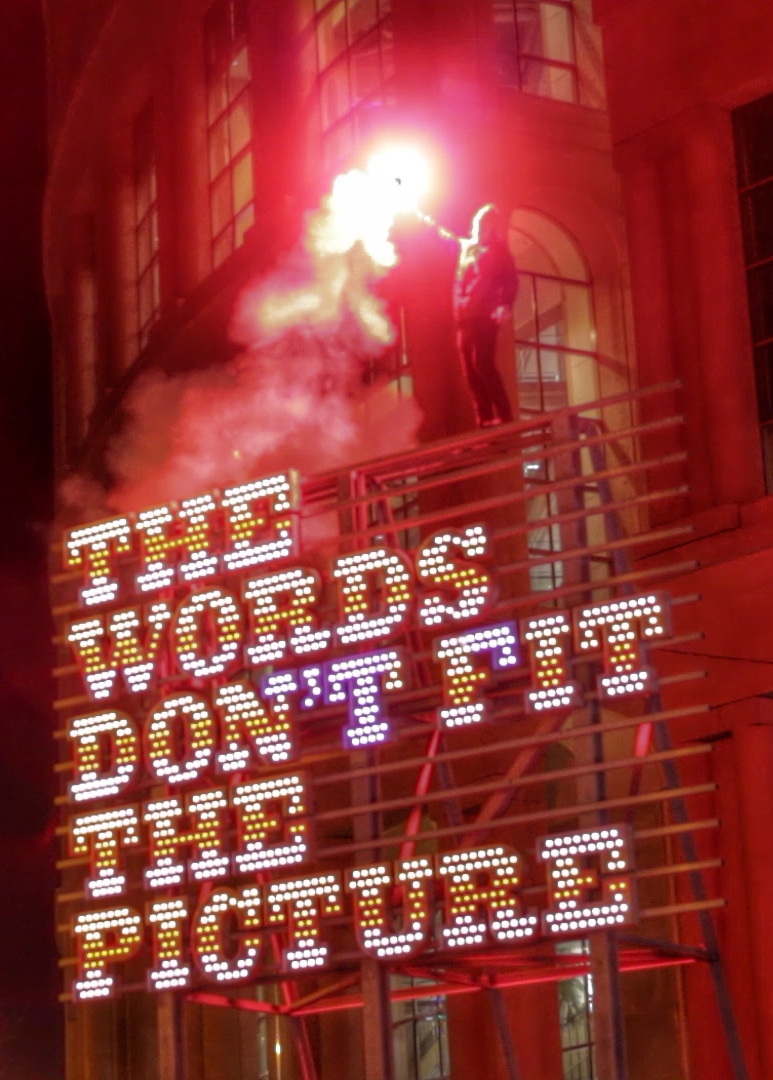 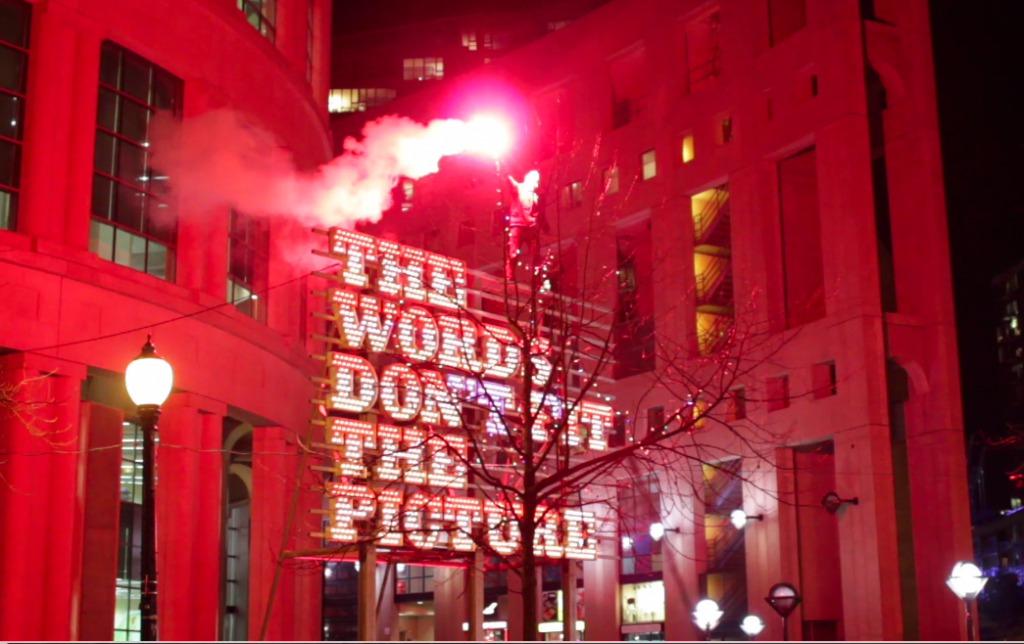