Thousands of people are expected to take to the streets in Vancouver on Saturday, in solidarity with the huge Women’s March in Washington DC the same day.

The Women’s March on Washington aims to stand up to the kind of misogynistic rhetoric seen during the US election, marching on Donald Trump’s first full day in office.

‘It is very important to stand together’

The Vancouver sister march will begin at 10 am on Saturday at Jack Poole Plaza, and is expected to bring together around 2,000 people.

Among the different groups attending will be members of the local Jewish community, after Rabbi Carey Brown read about the march in a Daily Hive post.

Brown noticed a member of her congregation, Kim Werker, was quoted in the story, and decided to join forces with another rabbi to show her support for the march.

As rabbi at Vancouver’s Temple Sholom, Brown told Daily Hive that human rights in general and women’s rights in particular are very central in Judaism.

“I think that many people of faith feel a sense of crisis about the way in which human dignity has been disregarded by those who seek to dismiss the rights of immigrants, religious minorities, women, and LGBT people, among others,” said Brown.

“As a synagogue we feel that it is very important to stand together with our neighbours in support of the rights of all humanity.”

Brown, together with Rabbi Hannah Dresner of Or Shalom Synagogue, will hold a special joint service at Harbour Green Park before walking with their congregations to the march.

“We see marching for justice as a different type of prayer,” said Brown. “We will…observe Shabbat with the traditional words and melodies of prayer, and then we will join together to pray with our feet.”

‘I hope we join a much larger movement of people’

The Vancouver sister march is being organized by Lisa Langevin, an electrician and passionate advocate for women working in the skilled trades.

Langevin previously told Daily Hive she saw “glimmers” of the attitudes perpetuated by the US elections every day in Canada. 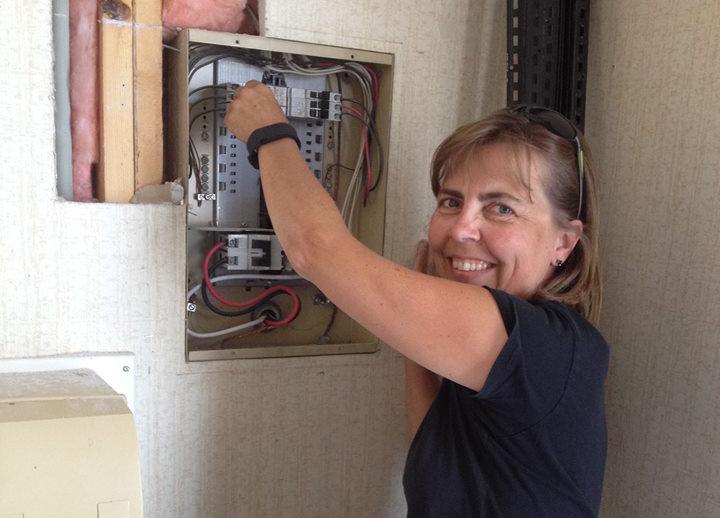 She says she hopes by marching it will assure people suffering discrimination everywhere that they are not alone, and encourage people to take action.

“The statement ‘if not me, then who?” is not just rhetoric,” said Langevin. “It is crucially important to ensure that we leave a legacy for the next generation that we can be proud of.”

“I hope we activate hundreds of people to be more than a bystander. I hope we join a much larger movement of people around the world of equal values.”