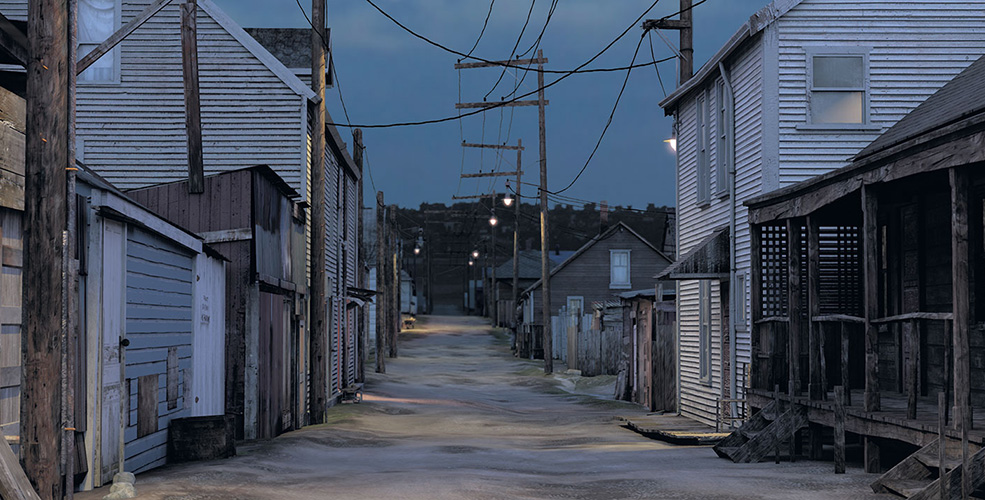 National Film Board of Canada

Authors’ Note: The following story was written by Melissa as part of her ongoing “Women in Urbanism” series, in order to shine a light on the dedicated and talented women shaping Metro Vancouver for the better. Do you know of someone who deserves to be profiled in a future segment? Please send them in our direction.

For many Vancouverites, the Georgia and Dunsmuir Viaducts are a constant visual reminder of how – in the late 1960s – the Chinese community in Strathcona successfully stopped the construction of an elevated highway through the heart of their neighbourhood. Many local urbanists point to the vestiges of an abandoned freeway system with pride, as symbols of what can be accomplished when the disenfranchised rise up against political classes, and demand their voices are heard.

But what about those people who weren’t so lucky or so successful in their fight? After all, a portion of the freeway was indeed built, and an entire community was forced to relocate, having a lasting effect on their visibility in Vancouver to this day.

As a member of the local black community, this is what inspired Stephanie Allen to dig deeper, and discover the story behind their displacement from Hogan’s Alley. 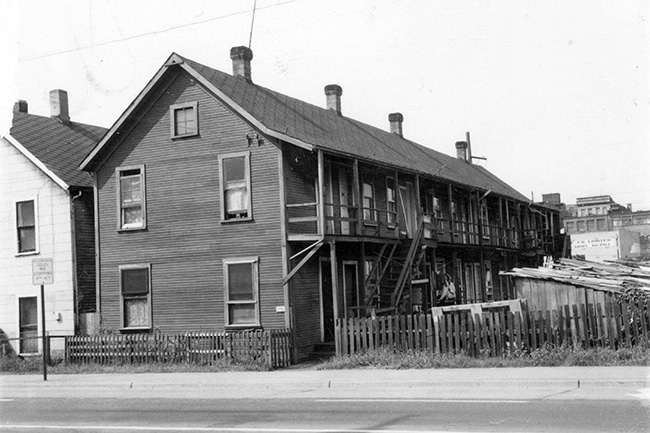 Allen, who had previously spent a number of years working in real estate development, began her Master’s in Urban Studies at Simon Fraser University in 2012. During a class on urban inequality and justice, she began to see the correlation between real estate development and its affect on different communities, and wanted to get a better understanding of how the building of the Georgia and Dunsmuir Viaducts removed the black community that once lived there.

During Vancouver’s “Urban Renewal” program of the late 1950s, Hogan’s Alley, located between Union and Prior Streets, was slated for demolition to create what is now the on-ramp for the Georgia Viaduct. Unlike their Chinese counterparts, the black community that had established this neighbourhood at the turn of the century was still quite small, and didn’t have political clout or the social equity to fight back.

“This has had a significant and lasting impact on the growth of Vancouver’s black community,” says Allen. “It’s a civic shame of ours, and we need to speak about it.”

And speak about it she has. Using her findings, Allen spoke at the (October 21st, 2015) public hearing regarding the removal of the viaducts, providing her recommendation on how the City should be moving forward with redevelopment.

According to Allen, the ideal next steps involve a collaborative effort between real estate developers and varying levels of government, in order to prioritize individuals who cannot – and will not – have the same access to housing as other, more affluent citizens. One example she references is Portland’s “Right to Return” program, which aims to provide housing for individuals involuntarily displaced.

Most importantly, though, public engagement is key to make it a democratic process.

“There are some very passionate voices in this city who have been given a lot of air time,” suggests Allen. “But now it’s time for them to take a step back and give others a chance.” According to Allen, this means bringing all past, present, and future stakeholders to the table, ensuring that a diverse conversation is taking place.

While this initiative was inspired by her SFU studies, Allen’s work is not done there. Currently she is in the data collection phase of her thesis, which is focused on mixed-income housing, and the social dynamic between market and non-market dwellings.

Her aim is to create a framework on which cities build successful mixed-income developments, minimizing an “us vs. them” mentality, while creating places where individuals from various socio-economic backgrounds collaborate as a community.

“How will we plan for people to get along with one another, so that individuals on social assistance don’t feel further marginalized?” asks Allen rather provocatively.

Her initial research has found that a great deal of this work begins with the day-to-day management of a residential building, ensuring equal representation from market and non-market individuals, as well as members of the larger community, recognizing that vertical living does not lend itself to good social sustainability. 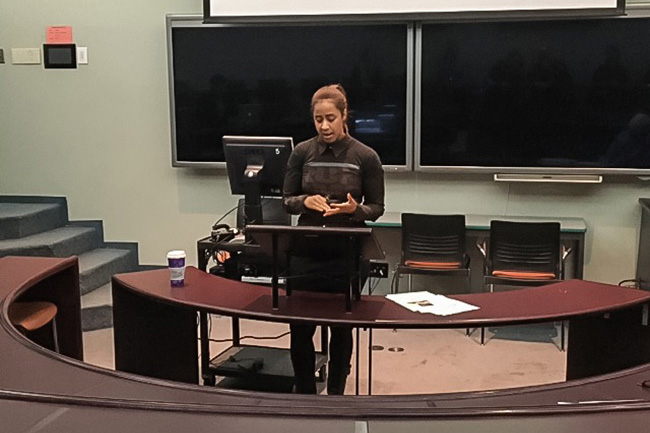 “I want to see the entire housing industry move towards a more just way of delivering this essential need,” states Allen emphatically.

Whether Hogan’s Alley, or other Vancouver neighbourhoods, Allen believes these opportunities represent a massive chance to correct past errors and get it right.

“What will be our legacy moving forward?” wonders Allen. “And who has a right to the city?” For Allen, the success of Vancouver’s urban future will depend on moving forward to a place of consciousness – to one where everyone, regardless of their starting point, has an opportunity not just to live, but to thrive in their own city.