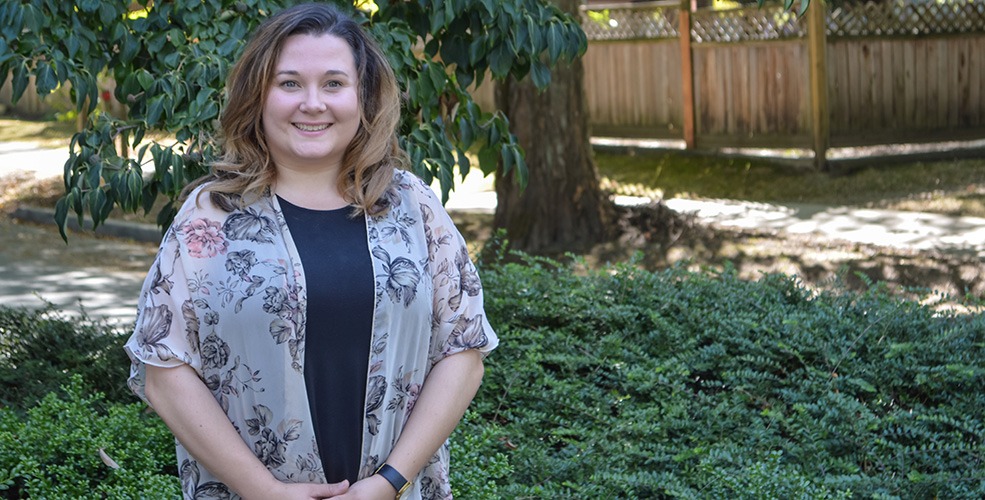 Author’s Note: The following story was written by Melissa as part of her ongoing “Women in Urbanism” series, in order to shine a light on the dedicated and talented women shaping Metro Vancouver for the better. Do you know of someone who deserves to be profiled in a future segment? Please send them our direction!

“It’s not about your own path, but about bringing people together to create a path.”

This is the revelation Katelyn McDougall, 27-year-old SFU Masters in Urban Studies student and former Nanaimo resident, had several year ago as she was just discovering her passion for urban development. She followed a similar path to many youth, shifting from one focus to another in post-secondary education until landing in the Geography Program at Vancouver Island University.

There she met Pam Shaw, current Director of the Masters in Community Planning Program. McDougall found a mentor in Shaw, who helped her realize the importance of bringing all needs and opinions to the table when implementing planning and policy that will benefit a large spectrum of a community. 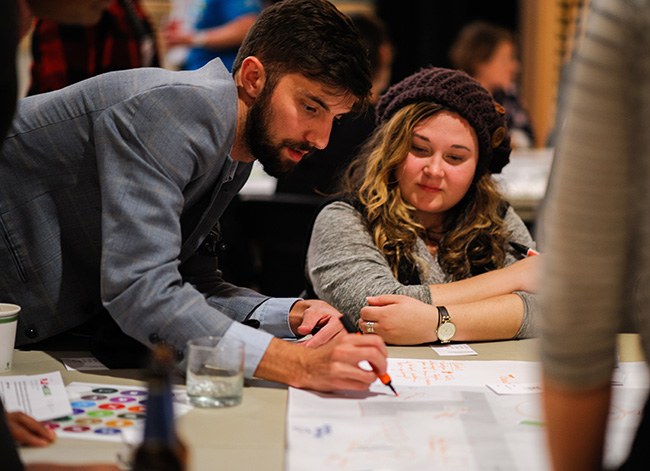 After graduation, McDougall dove in head first to gaining real world experience, working on contract for the City of Nanaimo and the Planning Institute of British Columbia in data collection and research. Not bad for a 23-year-old.

“It was a pretty amazing feeling, being young and right out of school and already so involved professionally,” McDougall recalls enthusiastically.

It was during a contract with the City of Parksville when she really began to realize her true passion. There she was tasked with doing a count of the homeless population to help inform future policy, and how best to address their concerns. A seemingly easy task, but McDougall recognized it would need a more nuanced approach. 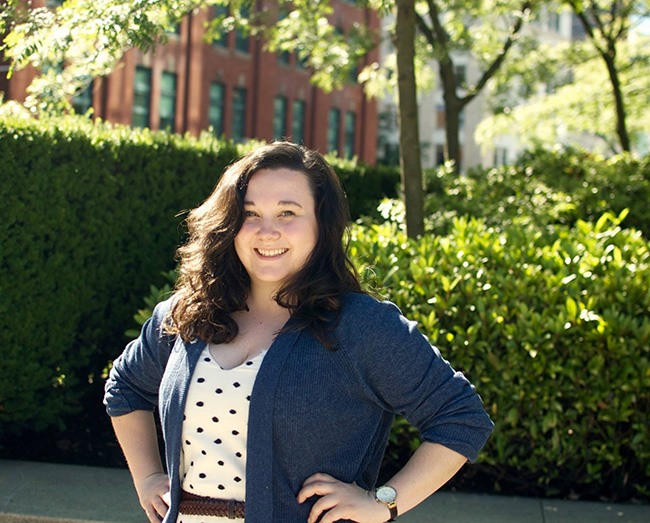 “On the island, issues like homelessness are a less visible as in bigger cities, and the experience helped build an appreciation for what these people really needed, as well as understand how I could use my privilege to help.”

McDougall looked for new ways to engage with the homeless population for data collection, developing questions that would better inform the results, and reflect a more accurate account of their needs and wants to the stakeholders at the city. She ensured that her respondents felt respected for their time, really listening to their answers, and offering gift certificates for food and services as a way of thanking them for their time.

It was after this point, McDougall realized she needed to take her studies further and obtain the knowledge and skills necessary to make an impact on a larger scale, taking her from the island to SFU’s Downtown Vancouver campus in 2013. This allowed her to really explore the many aspect of urban studies, including planning, sustainable transportation and social justice. But it was community engagement that would drive McDougall’s passion. 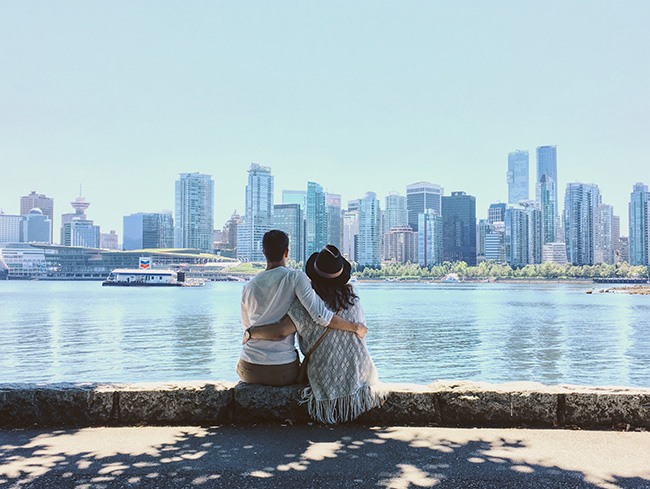 “A core value of mine is bringing people together to understand each other, set aside their differences, and move forward on a given idea in a way that works best for everyone,” McDougall explained.

This value, combined with a fascination from an early age with how people move in a city, took her to HASTeBC, where she worked with a number of schools in the City of Vancouver on developing School Travel Plans, with a focus on how to get more kids to school safely and in an active way.

“I think it’s important to engage with children and their parents to help them be as active as possible, and bring their ideas and concerns to the city and other stakeholders to make the school experience, including the trips to and from, a positive one.” 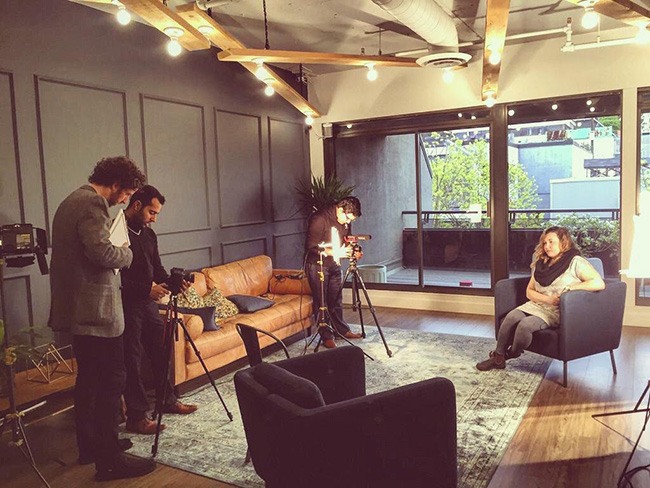 Perhaps McDougall’s most ambitious project is one on which she is currently collaborating with her colleague, Mark Friesen. Through her thesis work, as well as being active citizens, McDougall and Friesen wanted to create a platform to give a voice to the disenfranchised – individuals who feel like democracy in BC is failing them and want to see real solutions.

Together, they have launched Evoke, a non-partisan group of citizen aiming to craft and implement a vision for the future of BC through civic engagement.

“We want to start having a conversation with local and provincial leaders about what we can do, and not just what we don’t want,” McDougall clarified. 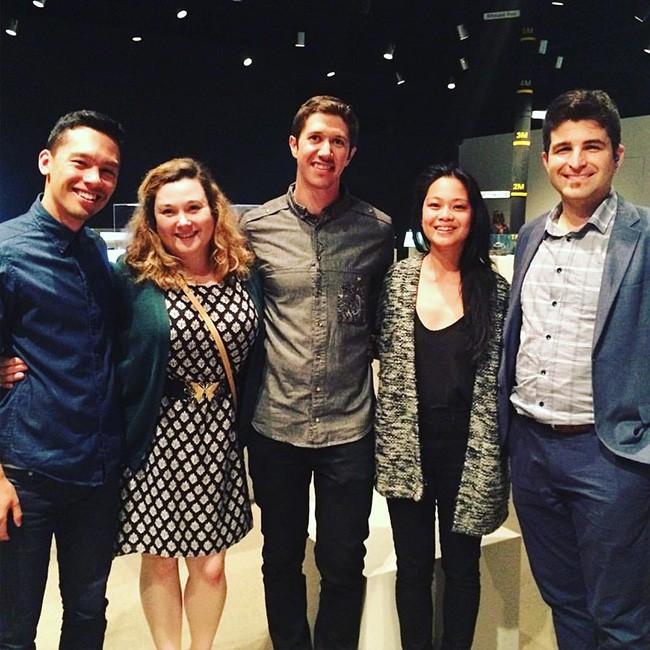 She identified that there are a lot of excellent organizations working for change, and the goal for Evoke is to take that work to the individual citizens and really determine what the average person in BC would like to see. Bridging the gap between rural and urban is an important step, she feels, because we all want the province to prosper equally, and recognizing that will create a more democratic approach to solutions.

Still in the early days of her career, McDougall’s enthusiasm for enhancing the process is encouraging for the next generation of advocates. She sees in-person engagement as a part of her social responsibility, and hopes to continue using her privilege and education to help all citizens in British Columbia.

“True leadership takes leaders and citizens both leading, and it is the combination of the two to sets the path forward.”