Had you spoken to Jillian Glover back in 2004 – at the point when she was just beginning her professional career – she would have never guessed where her journey would take her, now twelve years down the line.

After graduating from Simon Fraser University with a Bachelor’s in Communications, Glover quickly became a Communications Advisor for Western Economic Diversification Canada. During her four years there, she focused heavily on urban issues – specifically concerning The Vancouver Agreement, an initiative bringing together all three levels of government to work of the revitalization and redevelopment of Vancouver’s Downtown Eastside.

“I began to see that government and policy can play a role in improving our cities,” reflects Glover. She watched as the municipal, provincial, and federal governments addressed issues around health, safety, and housing in one of Vancouver’s most vulnerable neighbourhoods, and understood the importance of making the long-term investments needed to enrich the lives of all the people in the city.

It was also during this time that Glover returned to Vancouver from the suburbs. Her new urban surroundings, combined with a newfound perspective on city life, sparked her curiosity.

“In 2007, I decided to return to SFU to obtain my Master’s in Urban Studies, and really explore ideas around well-designed, inclusive cities.” 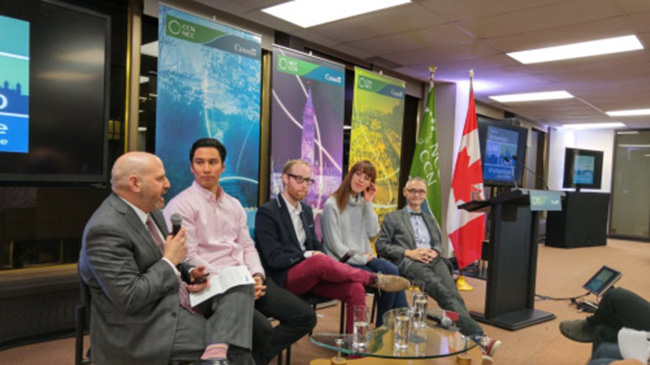 Upon receiving her Postgraduate Degree, Glover put her studies to use by employing effective public engagement and outreach for the federal government as a Senior Communications Advisor. The work was to be fulfilling, with Glover remaining in her post for over eight years, but after a couple of years into her role, her path would begin to diverge.

“During the 2010 Olympic Games, I saw the potential Vancouver had to come together as a community,” she recalls. Following this, Glover’s desire to explore the urban issues in her hometown began to pique, but with no outlet professionally, she began to explore other avenues. And so, in 2011, she launched This City Life, a blog where Glover could share her thoughts and observations on what makes cities great places to live.

In the blog’s early days, and because she was still a younger, kid-free woman living in the city, Glover’s content focused largely on public spaces, good urban design, and some of the fun events happening in Vancouver. But in 2012, her perspective changed and with that, so did the focus of her blog. 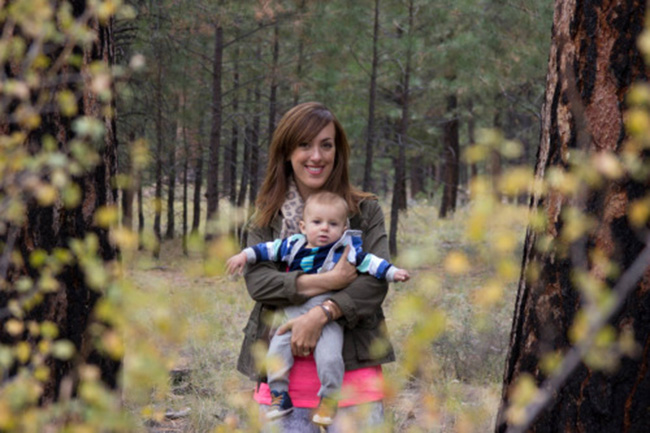 “I had to take some time off from work due to medical reasons,” says Glover. “Being home more often, and exploring my neighbourhood regularly, I became interested in the idea of community connections. Because of my own recovery, I saw the link between the city and the natural environment, and how that connection can affect our health and well-being.”

Since then, Glover has focused a lot of her content of the people doing great things around urban issues in the city, and the need to simultaneously build strong-knit communities. With the birth of her son nearly two years ago, this also came to include how urban centres can be built for families.

Like many young families, Glover and her partner felt the inevitable pressure to leave the city for a home with more space, a large yard, and life in a “family-oriented” neighbourhood. But Glover’s memories of her own suburban childhood, that feeling of being disconnected from her surroundings, left her determined to make city life work.

“Raising a family is hard enough without adding other stresses like a long commute,” Glover notes. Instead of her son experiencing the world through a car window, they get to enjoy the vibrancy of her East Vancouver community by foot, and help build that sense of belonging and connection. 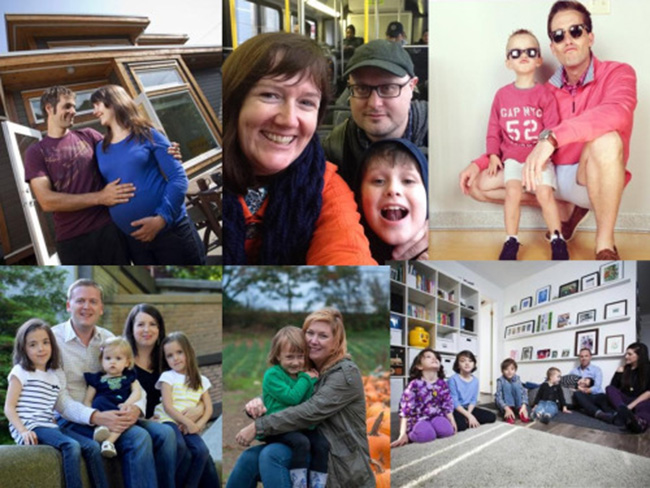 Compelled to show she wasn’t the anomaly for young families, Glover also created the “Kids in the City” series for her blog. In it, she profiled various North American families who lead happy, healthy lives while also living compactly.

The series offered a new narrative, one that placed an emphasis on experiencing the city over having “stuff”. Through her profiles, Glover also started to examine what cities can do to encourage families to stay, which has led to opportunities to speak to these issues at the City of Vancouver, North Vancouver, and even the National Capital Commission.

This City Life, and Glover’s own career, have certainly evolved over time, influenced by the changing moments in her own life, and broadening her understanding of the urban environment. But she’s very happy with where the journey has taken her.

“I never thought a career based on the urban world was something I would want,” Glover admits. “I have always loved writing and journalism, but the technical aspects around planning were never really my main interest.”

Glover’s passion for writing and communications, combined with her desire to explore well-designed cities, has now landed her in what she calls her dream job. Just recently, she has moved from her post with the federal government to the role of Communications Specialist at Modus Planning, Design and Engagement, a local firm that works with various stakeholders on building sustainable communities. There she will apply all her well-honed skills to work on communications, community planning and public engagement.

Even through this exciting time, Glover plans to maintain her blog. One to always follow her curiosity, it is certain that the blog will always be a place to share her personal, lived experiences, those of her family, and the community at large. For her readers, she will continue to provide inspiration for what makes cities great places to live, work, and play.