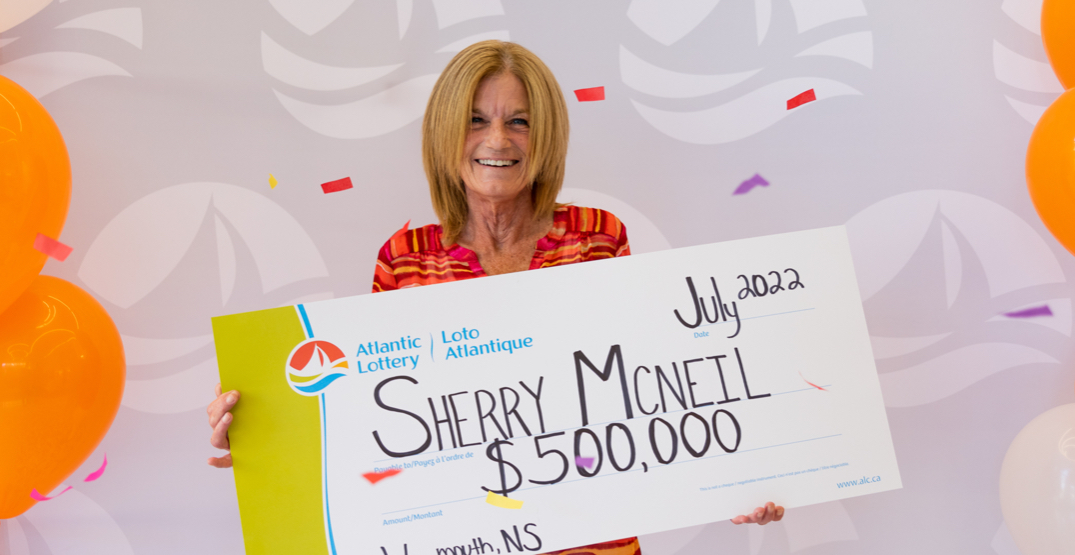 A Nova Scotia woman says she plans to keep her job, despite welcoming $500,000 into her life thanks to a lottery win.

Sherry McNeil of Weymouth, Nova Scotia, checked her alc.ca account and discovered she had won a Daily Grand second prize worth $500,000 on the July 21 draw, according to an Atlantic Lottery news release.

“Usually every day I get up, have a coffee and check the lottery site. I went under ‘My Messages’ and saw I’d won $2 on Poker Lotto. I thought, ‘Oh great,’” she told Atlantic Lottery.

She scrolled down to discover another message with a much larger prize amount, adding that she thought she was dreaming so she decided to check the winning numbers for herself.

McNeil said her winning numbers were hand-picked due to them having a special meaning to her.

“I know what I play, so when I went under ‘Winning Numbers’ and saw them there, that’s when I started hollering. There was a lot of excitement,” she added.

Sherry McNeil’s quiet morning in Weymouth, N.S. turned into an exciting day when she discovered she had won $500,000 playing Daily Grand!​

She plans to take a trip down south to escape the cold Atlantic Canadian winter. Read more about her win ➡️ https://t.co/WfOfzPyRer 19+ pic.twitter.com/KfJTBudNmc

As for her recent windfall, McNeil said she plans on using the money to make a few house repairs that need to be done and maybe a trip down south to escape the cold winter. She is looking forward to her retirement with added security.

Although her husband is set to retire, she said she will be staying on the job for a few more years.

“I have to be at work tomorrow so I don’t think there’s any big plans tonight, but I am on vacation next week so maybe we’ll celebrate then.”