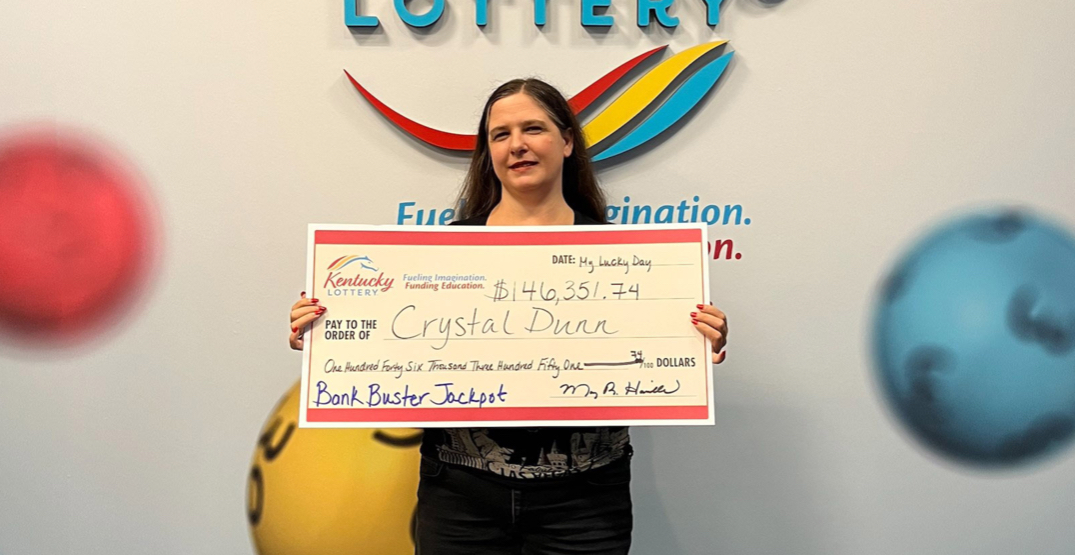 A woman who won the lottery in Kentucky certainly paid some of it forward, handing out gift cards to strangers right after she found out she won nearly $150,000.

Crystal Dunn of Louisville, Kentucky, won more than $146,000 after wagering $20 on an instant play game online, snagging the progressive jackpot in the process, according to a news release from the Kentucky Lottery.

“I saw that and didn’t believe it at first,” Dunn said in the news release. It wasn’t until she received an email from the Lottery confirming the win that she knew it was real.

“It’s a pretty exciting feeling. I never thought I would win something like this, but this goes to show it can happen,” she said, walking away with $103,909.73 after taxes.

After depositing the big lottery check in the bank, she made a stop at a supermarket where she purchased $2,000 in gift cards.

She then walked around the store giving the gift cards to random strangers. “A few were taken back, thinking I was wanting something in return,” Dunn said.

“I got an expected gift and I believe in paying it forward and I wanted to pass it along,” she told lottery officials.

She added, “I’ve worked hard for everything I’ve had. This is a pretty amazing gift.”

Dunn said she plans to use the rest of her winnings on things she was already working towards, such as buying a car and paying off bills.