On Saturday, March 22 just before 5 p.m. a 57 year old woman was walking on Discovery Trail in the 3600 block of Clearbrook Road.

The woman noticed a man also walking on the route.  She briefly lost sight of him in a curve in the path but then was confronted by him. The man had his pants pulled down and he tried to grab the woman.

The victim struck at the man with her umbrella and ran to the safety of a picnic area. The victim was extremely shaken but managed to call police while standing with a group of other citizens. The suspect then drove out of the park in a white vehicle and southbound down Clearbrook Road.

The suspect is described as a Caucasian man in his late 30’s. He has a slim build and stands approximately 6’0” tall. He was wearing white pants and a black hoodie (see composite sketch).

The suspect vehicle is described as a white, 4 door sedan with a partial plate containing “784”.

The Major Crime Unit of the Abbotsford Police Department is continuing to investigate this disturbing incident. At this time, people should elevate their personal safety practices and try to walk in pairs at all times, particularly on trails and in less populated areas in parks. 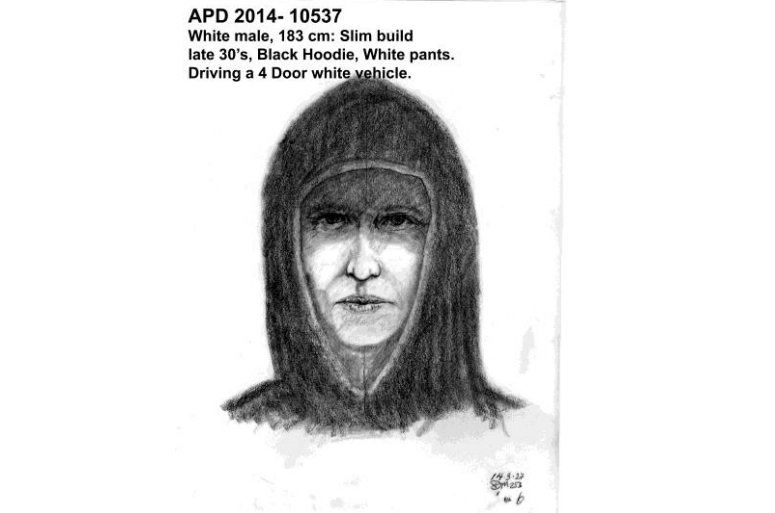