A 41-year-old Vancouver woman was the victim of an attempted carjacking in broad daylight Monday, and the suspect bit her arm in the process.

The incident took place just before 2 p.m. as the unidentified motorist was driving southbound on Main Street at East Broadway, according to the Vancouver Police Department.

The suspect, identified as 24-year-old Dustin Edward MacDonald of Burnaby, jumped into the vehicle through the open passenger window while the victim was stopped at a red light. He attempted to pull the keys from the ignition, but the driver fought off the perpetrator, then escaped the vehicle.

Several people in the area came to the driver’s aid by grabbing MacDonald and pulling him out of the car, detaining him until police arrived.

During the tussle with the would-be carjacker the woman received a bite on her arm. Paramedics treated the minor injury at the scene.

Police say MacDonald is known to them, and has been charged with one count of robbery and one count of assault causing bodily harm. He was due in court Tuesday morning.

UPDATE: We’ve learned a bit more about the civilians who stepped in and came to the woman’s rescue. Jiu Jitsu instructor Raz Chan posted yesterday on his Facebook page about his involvement in the incident:

Had a very scary street assault occur today. I was leaving Gracie Barra Vancouver with my students Matthew McKay and Ron Dio when we heard a lady screaming for help from her car. A guy was trying to car jack her and was biting her. We ran across the street to help Matthew pulled him out and I slapped on a wrist lock while Ron held down his legs until the police arrived.

I’m so proud of my students and thank the universe for keeping us safe in this situation.

Chan further elaborated in the comments: “[I]t happened really fast. I just reacted from the years of training. I actually though he had a weapon because he was already in the drivers seat while the woman was screaming for help. Her scream for help lifted the hairs off my skin. Very scary.” 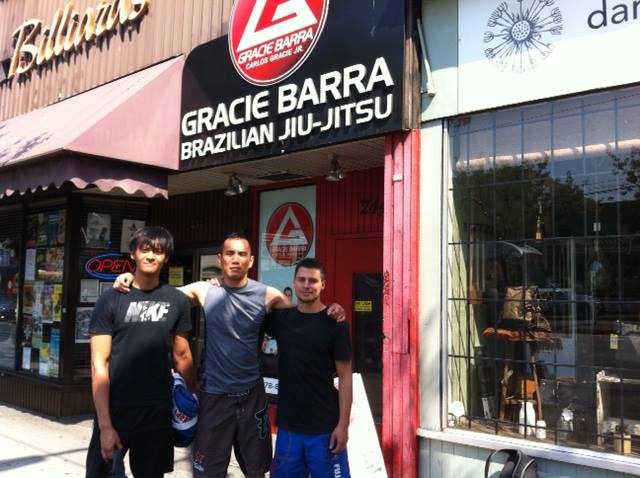