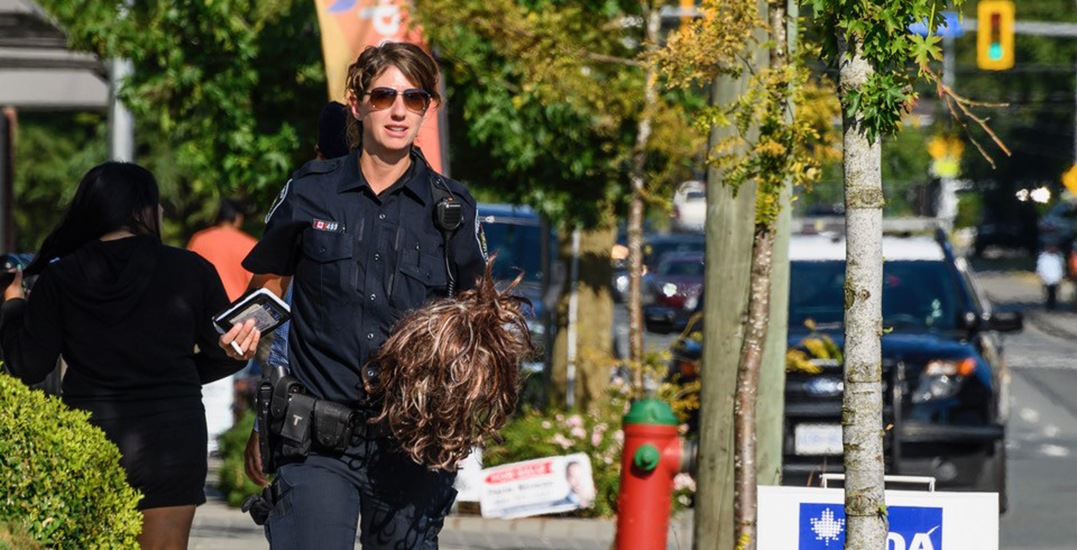 A patrol officer who stopped a suspect in an attempted robbery. (Abbotsford Police Department)

A 34-year-old woman has been taken into custody after an alleged attempted robbery that held store employees at gunpoint.

On Thursday, at approximately 5 pm, police say that a woman wearing a wig, sunglasses, and dark clothing entered a clothing store in Cedar Park Place in Abbotsford.

Police report that the sales staff were suspicious of the woman when she entered the store and when confronted, she is said to have pulled a firearm and threatened store employees with it.

She reportedly fled the scene on foot but was apprehended by patrol officers within a matter of minutes. When police recovered the firearm, they determined that it was an imitation.

According to law enforcement, 34-year-old Breana Gray was arrested and charged with two counts of robbery.

“Arresting someone that is using a firearm or imitation during a violent event exposes the public, police, and even the suspect to greater risk,” says Inspector Jason Burrows in a statement.

Police say that Gray remains in custody over these charges and will make a court appearance on August 15, 2019.