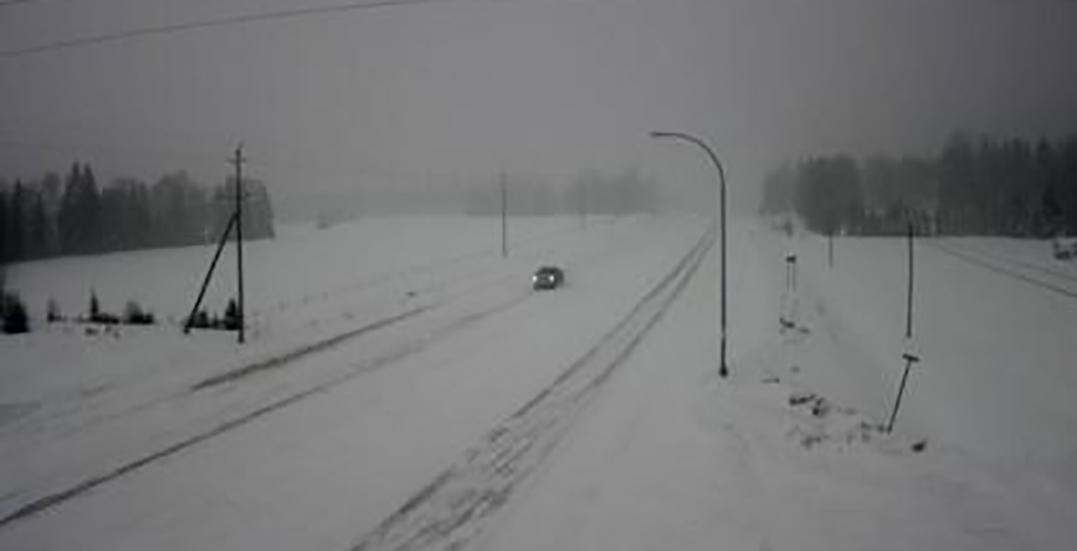 Environment Canada has issued a number of winter storm and blizzard warnings, as intense snowfall batters parts of the province.

The poor conditions are the result of a frontal system mixing with an Arctic cold front, with warnings being issued for central and northern Interior BC. Highway 3, 16, 97, and the Trans-Canada Highway are all affected.

Up to 30 cm can be expected on the Kootenay Pass on Highway 3. Parts of the Trans-Canada Highway, including Rogers Pass, Arrow Lakes – Slocan Lake, and West Kootenay will receive between 15 to 25 cm of snowfall.

Conditions will likely be worst on Highway 16 east of Prince George towards McBride, Highway 97 north of Prince George, and Tumbler Ridge, with reports calling for close to half a metre by Saturday morning.

In addition to the heavy snow, winds of up to 60 km/h are expected through the Pine Pass area of Highway 97. The combination of heavy snow and wind is also expected to create near whiteout conditions.

As a result, any sort of travel is expected to be extremely hazardous due to poor visibility.

Environment Canada is advising drivers to postpone non-essential travel until conditions improve. The agency also explains that should anybody become stranded in their vehicle, they’re asked to remain there, as it’s harder to find a single person in the snow rather than a stranded car or truck.

While the Lower Mainland won’t likely be seeing any blizzards, next week’s forecast is calling for snow and flurries over several days. On Sunday, flurries are predicted with a mix of rain and sunshine. Weekday temperatures will drop below zero, with additional chances for snow and flurries later in the week.