“This wine was bottled to the sound of classical music,” may be the newest label to look for if winemaker George Hanson of Seven Stones Winery can help it. Instead of drinking, red, white or rosé, a trip to the Okanagan may have you drinking Bach, Mozart or Chopin.

Enjoying a fancy dinner by candlelight to the sound of soft jazz may affect how you perceive the taste of your wine, studies show. The research, published in the British Journal of Psychology, says that how a wine drinker describes the taste of their wine tends to match the theme of the music that’s playing in the background.

But Hanson believes that music can impact the taste of wine well before it touches the tongue. For the next six months, his wine will ferment in wooden barrels to the tune of classical music, which will play on surround sound speakers 24 hours a day for seven days a week. He anticipates that the frequency will influence the maturing process and produce a better-tasting wine. 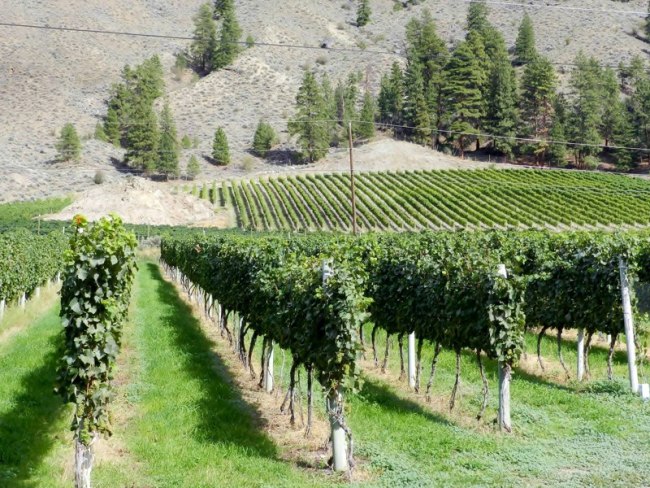 At the bottom of a spiralling staircase is their world-class cellar and welcomed relief from the Okanagan heat. The cave is big enough to entertain a long table of up to 80 people and was built in honour of Hanson’s wife, who passed away before seeing her dream of an Old World style cellar completed. 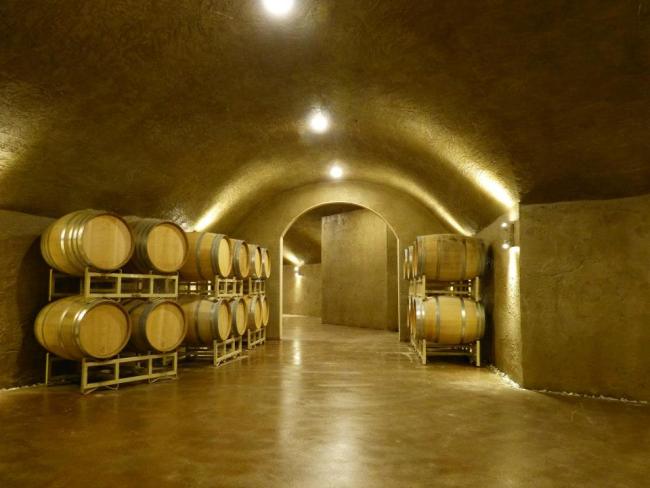 Hanson uses the cave to conduct tours and tastings that touch on the senses, so “the experience of Seven Stones is never forgotten.” This includes a sound system to listen to music and evoke emotion, samples of chocolate for taste, wine to smell and enjoy, and a barrel room with a waterfall to relax.

But it’s the music that’s playing in the barrel room that has the biggest pull.

“Music is an integral part of the people experience, but more importantly we think it will be a great experience for the wine,” says Hanson. “You may have heard of studies suggesting that plants and animals do better when subjected to music because of vibrations?”

The vibrations he is talking about are Hertz or electromagnetic waves said to affect the environment and even our DNA. When vibrations move through any medium, be it the earth, air, liquid, or the body, the sound waves influence the behaviour of molecules.

The information is vast and controversial, but the basic belief that those vibrations have a profound impact on surrounding matter is being tested by some winemakers. In Austria, a winemaker plays music throughout the process of fermenting juice to stimulate the yeast, another from Siena has been playing Mozart over 56 speakers to his vines for ten years, and more commonly, wineries will play music in the barrel room during the aging process.

“Classical music has a different vibration than hip hop, country or pop, and the studies that I have read say classical is most appropriate,” says Hanson. “There is a vibrational match between Baroque-style classical music and the ageing of wine.” 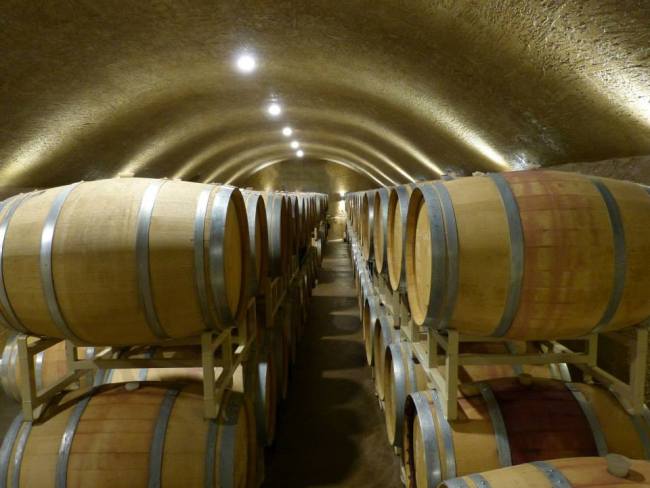 He believes that the music from his speakers will change the chemistry of the wine by stimulating yeast particles, causing them to eat more sugar, and resulting in a wine that has a lower sugar content and has aged quicker for a better taste much sooner.

The idea is either downright absurd or on the brink of revolutionary. For Hanson, he is happy either way.

“If my intuition and the studies are wrong then we just have to listen to music,” he says, “and that is good as well.”

If the trend does play out then wine tasting in the future may sound a bit different. Have you tried this 2012 Cabernet Franc with fragrances of plum, black pepper, and Mozart’s 41st Symphony? 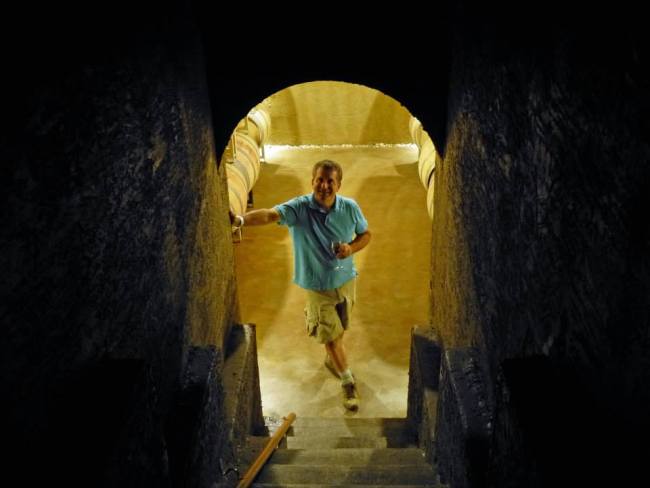