Less than a year after the first grocery store was able to offer wine on its shelves, the provincial government is set to auction six new “Special Wine Store” licences aimed at grocery stores in April. These licences will allow the winning grocery stores to sell 100% BC-produced wine, cider, mead and sake.

To date, the grocery stores selling wines on their shelves have been using a VQA license. There are 21 VQA licences in the province, and the majority have been bought by one grocer: Overwaitea Food Group (OFG), owners of Urban Fare, Save-On-Foods, and PriceSmart Foods.

If you’ve noticed your local VQA stores closing up shop, like the Village VQA Wines Dunbar on 41st Avenue, it’s because they’ve been sold to OFG. 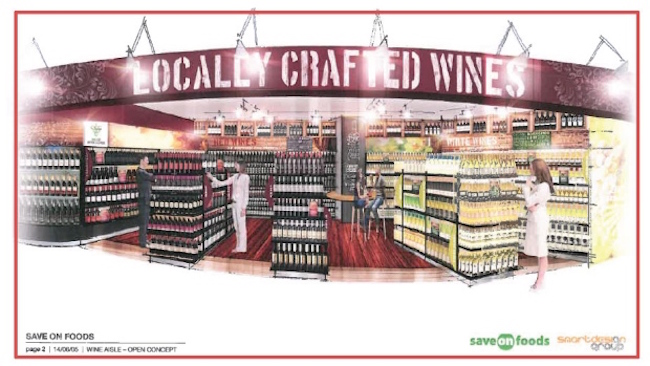 Enter SWS: The six new Special Wine Licences to be auctioned this month are part of 18 total licences that the Liquor Control and Licensing Branch (LCLB) is releasing from a decades-long dormancy.

While there is a government-imposed moratorium on new private liquor stores, the LCLB asserts that the 18 new licenses were in existence, but inactive, for decades.

The four OFG stores sold an average of $195,000 in the month of December. That’s 57% higher than the average VQA store! The final bid prices for the new Special Wine Store licences should exceed the minimum bid price of $125,000 set by the LCLB.

The Vancouver City Council decided on December 16, 2015 to temporarily hold off on grocery store wine sales until a larger review is conducted. This means Vancouverites will have to be content with government liquor stores, private liquor stores, and a decreasing number of VQA wine stores, at least for the time being.

This liquor access limitation is consistent with the City Council’s general approach. In 2014, they restricted brewery and distillery tasting rooms, forcing them to remain below 850 square feet, and to close by 11 p.m. On the other hand, provincial law has no limits on space and allows tasting lounges to stay open until 4 a.m.

Until Vancouver City Council conducts its larger review, any new policy changes that increase access are likely to encounter opposition.

As the LCLB moves closer to auctioning 39 more licences, Vancouver will remain on the outside looking in.

Editor’s note: This article has been updated from a previous version to correct the number of licences that will be made available.