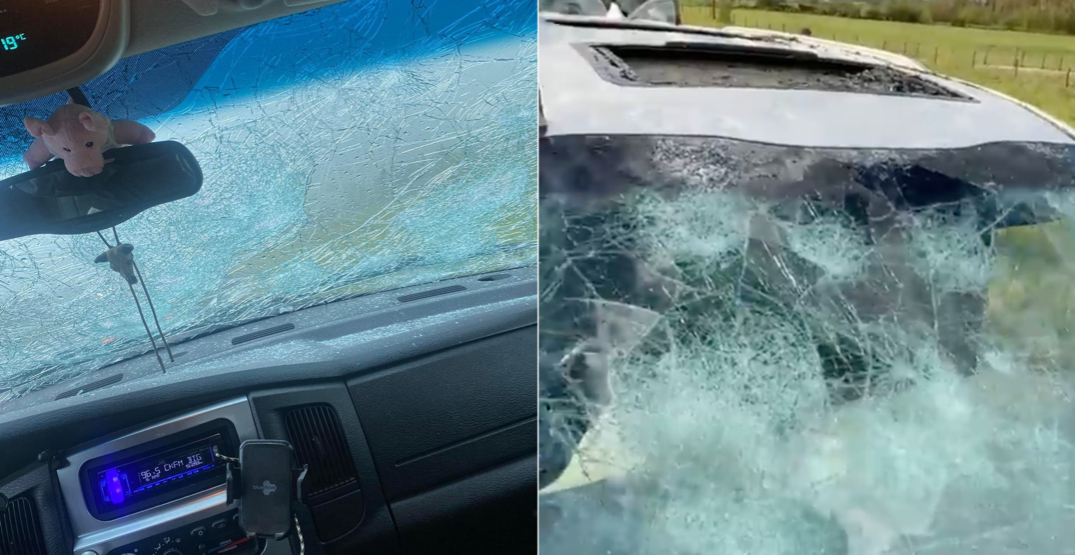 A tornado warned storm that struck central Alberta Monday afternoon caused damage to numerous vehicles, with up to grapefruit sized hail being reported.

Photos and videos posted on the QEII and areas between the communities of Red Deer and Innisfail showed damage to vehicles that were in path of the massive hail stones.

Baseball-sized hail was also reported from the storm that struck near the community of Markerville, southwest of Red Deer.

Lots of smashed up windshields on the QE2 as we drive back from Montana. 🫣 #abstorm #alberta pic.twitter.com/RRsj5L1h0h

QEII North of Innisfail after the tornado warned storm rolled through. RCMP, Paramedics and Fire on scene. A lot of bail damage. Completely blown out windows. #abstorm pic.twitter.com/NyJqdYoAYT

A video posted to Twitter also showed a vehicle driving with a smashed out back window reportedly taken in the area where the severe storms hit.

A full list of severe thunderstorm watches and warnings in places for Alberta can be found on the Environment Canada website.