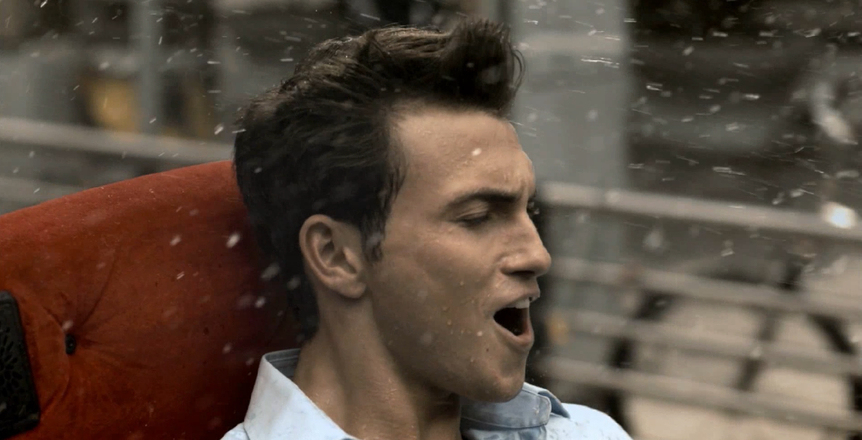 Cineplex’s newest big-screen experience enters the next dimension with an all-out assault on your senses.

This summer, the nationwide movie theatre chain will be introducing its first 4D auditorium at downtown Toronto’s Cineplex Cinemas Yonge-Dundas and VIP. The immersive experience provides movie goers with specially-designed motion chairs and environmental effects synchronized with the action on the screen.

The so-called 4DX seats vibrate, roll, pitch, and heave, and the experience is supplemented by wind, mist, scents, bubbles, and even snow to make movie goers feel like they are with the characters in the film.

The state-of-the-art technology is being supplied by South Korea’s CJ Group and will be the company’s first 4DX presence in Canada.

“Each 4DX auditorium incorporates motion-based seating synchronized with over 20 different effects and optimized by a team of skilled editors, maximizing the feeling of immersion within the movie,” said Byung Hwan Choi, CEO of CJ 4DPLEX, in a statement. “Audiences across Asia, Europe and the United States have loved the 4DX experience and we are proud to be working with Cineplex Entertainment to continue our international expansion and into Canada for the first time.”

The company has rapidly expanded its auditorium technology over the past few years. Just a few years ago, its 4DX technology was only found in a handful of countries, but it is now in nearly three dozen countries around the world.

A spokesperson with Cineplex was unable to confirm whether locations in Metro Vancouver will offer the 4DX experience, but given the demand and size of the local market this is likely an eventuality – more of a question of when.

“Cineplex is constantly looking to bring the premium movie experience to markets across Canada, and 4DX is no exception,” a spokesperson told Vancity Buzz. “With that said, plans for further expansion are still to be determined.”

Currently, there are two 4D theatres in Vancouver, located at FlyOver Canada’s virtual flight attraction at Canada Place and inside the Vancouver Aquarium at Stanley Park.

Cineplex already offers a seating-moving auditorium experience through its D-BOX option, which is available at some locations in Metro Vancouver.

Recent movies made into 4DX experiences by the CJ Group include Batman vs. Superman: Dawn For Justice, The Jungle Book, 10 Cloverfield Lane, London Has Fallen, Kung Fu Panda 3, and Deadpool.

Last month, Cineplex opened an 11-auditorium theatre location at Marine Gateway next to the Canada Line’s Marine Drive Station in South Vancouver. It boasts an adults-only VIP experience within three VIP Cinemas auditoriums, coupled with a lounge with dining options from a full kitchen and alcohol from a full bar.