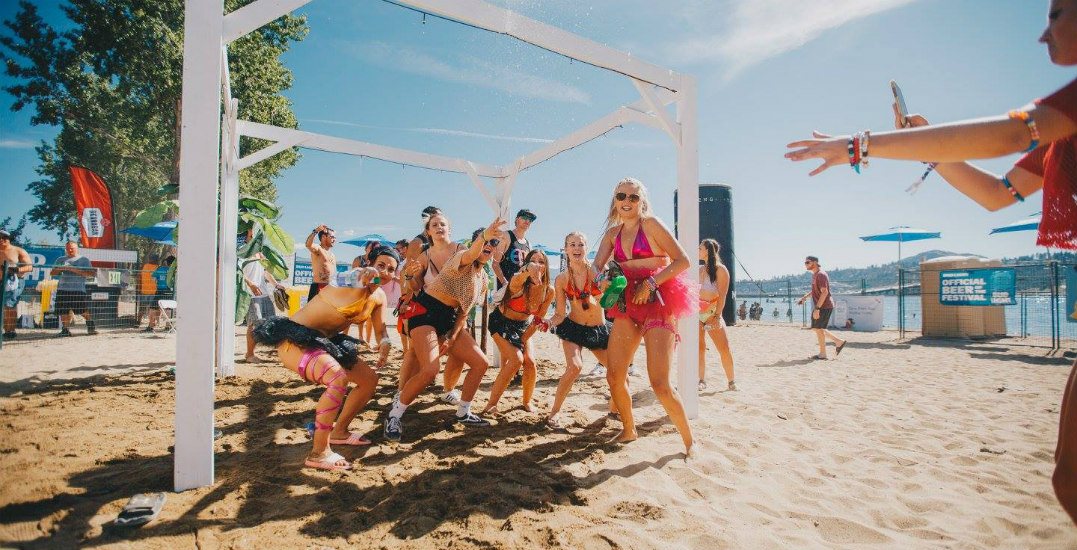 It’s time to start making some big summer plans, because Canada’s hottest beach festival is returning to City Park in Kelowna from July 27 to 29.

Center of Gravity brings an awesome lineup this year with headliners Wu-Tang Clan, Zedd, and French Montana, plus artists like GTA, Action Bronson, Jauz, Keys N Krates, Elephante, Spag Heddy, Kill the Noise, Grey, and Neon Steve, among many others.

It will be Wu-Tang Clan’s first performance at the festival and you’ll get to see the full group including Method Man, RZA, Raekwon, Ghostface Killah, GZA, U-God, Inspectah Deck, Masta Killa, and honorary member Cappadonna, who are touring to celebrate the 25th anniversary of the release of their debut album, Enter the Wu-Tang (36 Chambers).

From the shores of Lake Okanagan, Centre of Gravity is Kelowna’s most anticipated beach festival which features a combination of high energy electronic, hip-hop, and urban live music performances across two stages. 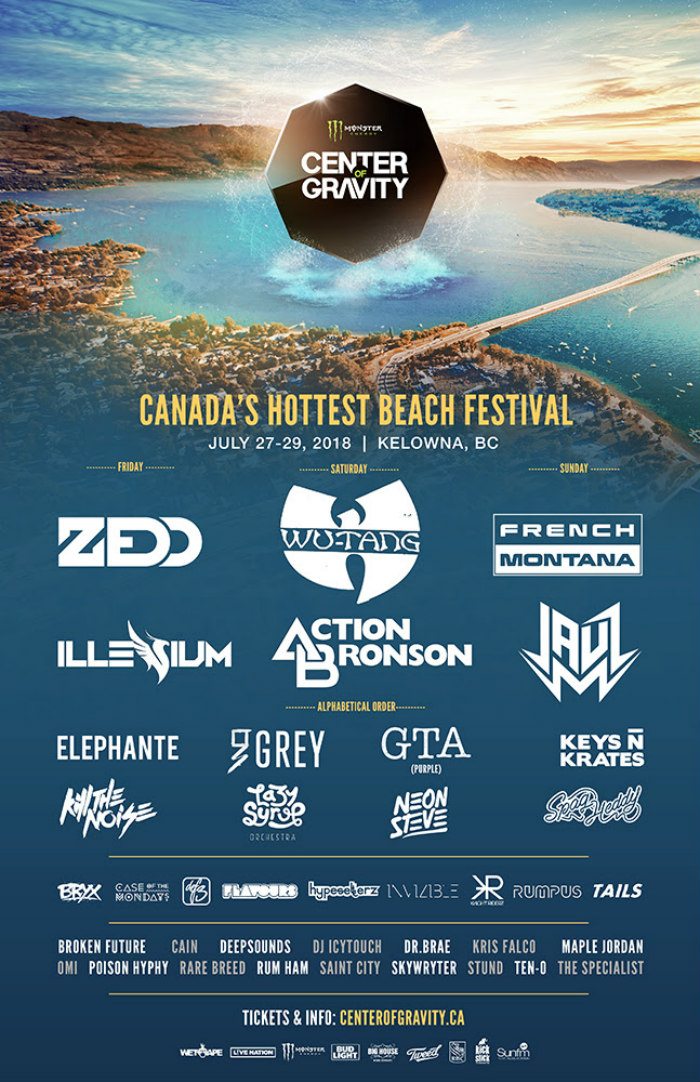 The festival also features over 150 international athletes competing in sports like beach volleyball, basketball, freestyle motocross, skateboarding, and BMX. Oh, and there’s even going to be an axe-throwing zone this year where fearless fans can compete under the eye of talented coaches.

But you could be going to the full weekend festival with a friend for free simply by entering the contest below!

To enter for your chance to win two three-day passes for Center of Gravity at City Park from July 27 to 29, do at least one of the following;

Contest entries will be accepted from the time and date of publishing until 11:59 pm on April 25, 2018. One winner will be chosen at random and contacted through the platform they used to enter.