As the Canucks take a commanding lead over the Nashville Predators in the second round of the Stanley Cup playoff series we decided to give a little back to loyal Canuck fans. We’ve teamed up with the Vancouver Canucks to giveaway a team signed stick and t-shirt!

During the playoffs the Canucks came up with the awesome campaign, “This is What We Live For” where fans submit their photos to be a part of the ultimate Canucks mosaic.

The contest isn’t your typical Vancity Buzz contest so pay close attention on how to enter!

1.  Locate the photo below of myself and Carolina Sanchez (one of the Buzz models) in the www.thisiswhatwelivefor.com photo mosaic. Be patient as it may take you a few minutes.
2. Once you locate the photo, you will see a pop-up congratulating you for finding the photo. Then click ‘submit’ and follow instructions and voila you’re entered into the contest.

3. The Canucks will then forward me the names and we will choose one name at random.

Here is the photo you are looking for: 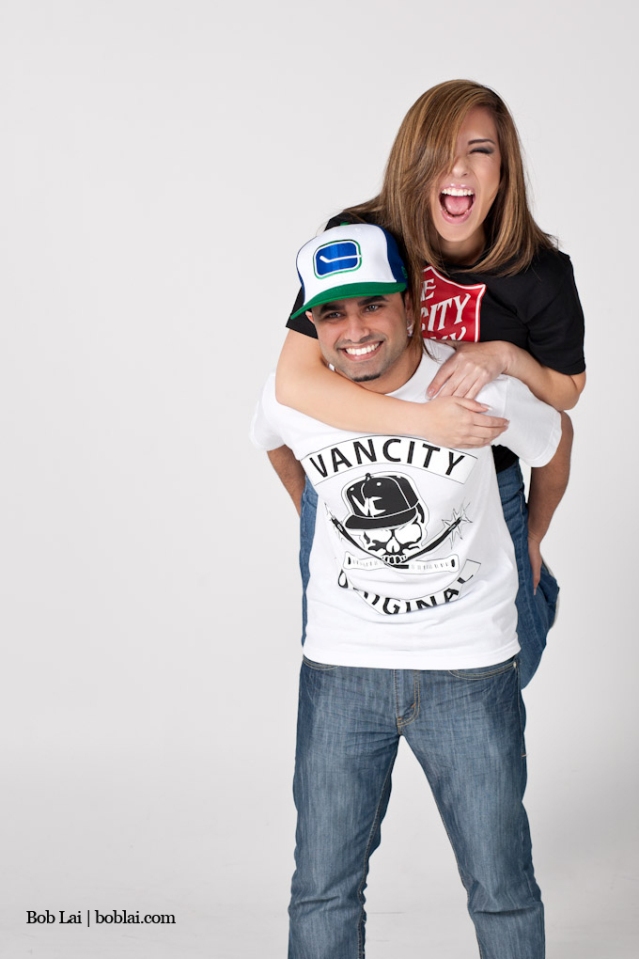