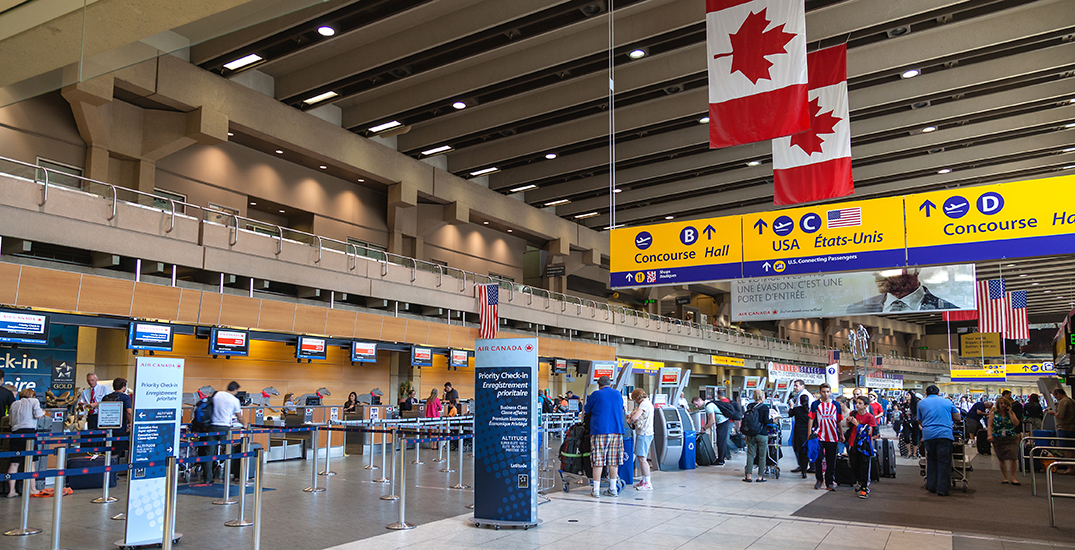 UPDATE – Monday, March 16: Canada is closing its borders to non-citizens or permanent residents

Ever since Canada advised citizens abroad to return home while commercial means are “still available,” there’s been a lingering question: will there come a time when Canadians can’t return home?

That seemed to be the undertone of the message from Canada’s Minister of Foreign Affairs François-Philippe Champagne on Saturday.

We recommend that Canadian travellers return to Canada via commercial means while they remain available. pic.twitter.com/f8DC5goS3n

Steven J. Hoffman, a professor of global health, law and political science at York University, interpreted the message to come home as Canada’s government being worried not only about the virus, but about how other countries have been handling it.

Being abroad during a pandemic means travellers might experience “measures not in line with the civil liberties Canadians are used to,” he told Daily Hive in an interview.

China put an entire region on lockdown, and later Italy and Spain, both democracies, did the same thing country-wide. Other European nations such as Germany are also looking to tighten their border controls.

“It makes the most sense for Canadians to be back in Canada in an environment where they’re comfortable, their human rights will be protected, and they’ll have access to a great health care system,” Hoffman said.

When Daily Hive asked the Prime Minister’s Office whether Canada will close its borders, communications staff sent us a transcript of Justin Trudeau’s recent interview with CTV journalist Evan Solomon.

“We are not taking anything off the table,” Trudeau said. “We are looking daily at next steps that we might take, or we should take, and those conversations continue.”

Canada’s current advice is to avoid all international travel, and public health officials have asked people coming home to Canada to self-isolate for 14 days. Chief Public Health Officer Theresa Tam said it’s challenging to make the self-isolation order mandatory, because health agencies don’t have the surveillance resources to enforce it.

At a press conference Sunday, Tam said Canada has kept its borders open thus far because scientific evidence doesn’t support border closures as a way to contain the virus’ spread.

“If you look at the global epidemiology to date, countries that enacted travel bans have not been able to keep out this particular virus,” she said.

Trudeau mentioned that Italy and the US closed their borders to China — where the outbreak originated. But Italy now has the highest number of cases outside China, and the US is also dealing with widespread community transmission.

BC’s Provincial Health Officer, Dr. Bonnie Henry, has also said strict border controls can encourage people to lie about their travel history and their symptoms. By remaining open and having a low threshold for testing, she thinks the province has been better able to track and contain the virus.

Hoffman thinks Canada will keep its borders open because the science supports it, and because Canadians have a right to enter the country under Canada’s Charter of Rights and Freedoms.

But Canadians don’t have a right to be picked up on a repatriation flight if they’re trapped somewhere overseas and their airline has cancelled their trip home.

“Even if Canada keeps its borders open, there is a chance airlines may stop flying if they don’t have enough customers,” Hoffman said.

But at the same time, many Canadians think the country should impose harsher restrictions on international arrivals, including 1,500 people who have signed an online petition.

“Of course, we’re hearing the concern that people have had,” Trudeau said. “The shift in posture from the United States of course gives us significant things to think about, and we will be discussing it later today among other measures at our cabinet meeting.”

To Hoffman, the US’ response to its own domestic outbreak is one example of an illogical response to the pandemic. Unpredictable reactions from governments abroad, plus unpredictable phenomena like toilet paper hoarding, have convinced Hoffman to cancel his own travel plans for the time being.

“It really highlights an outbreak is as much a social challenge as it is a microbiologic challenge,” he said. “And we need to address it as both.”