A wildfire official is asking campers to be careful in extra dry conditions, after almost double the normal number of fires were sparked on the coast around Vancouver this year.

Donna MacPherson, with the Coastal Fire Centre, says 21 wildfires have raged on Vancouver Island and in the Lower Mainland already this year, compared to the usual 12 – all human caused.

MacPherson told Vancity Buzz all the fires were preventable and the main problem seemed to be that campers didn’t know how to put out campfires properly.

“It’s been dry and warm and windy. Unfortunately, people are not being careful to realize the risk when coastal weather is dry,” said MacPherson.

“The biggest changeable event on a fire is the weather. If it gets hotter, drier or windier, that little fire will roar.” 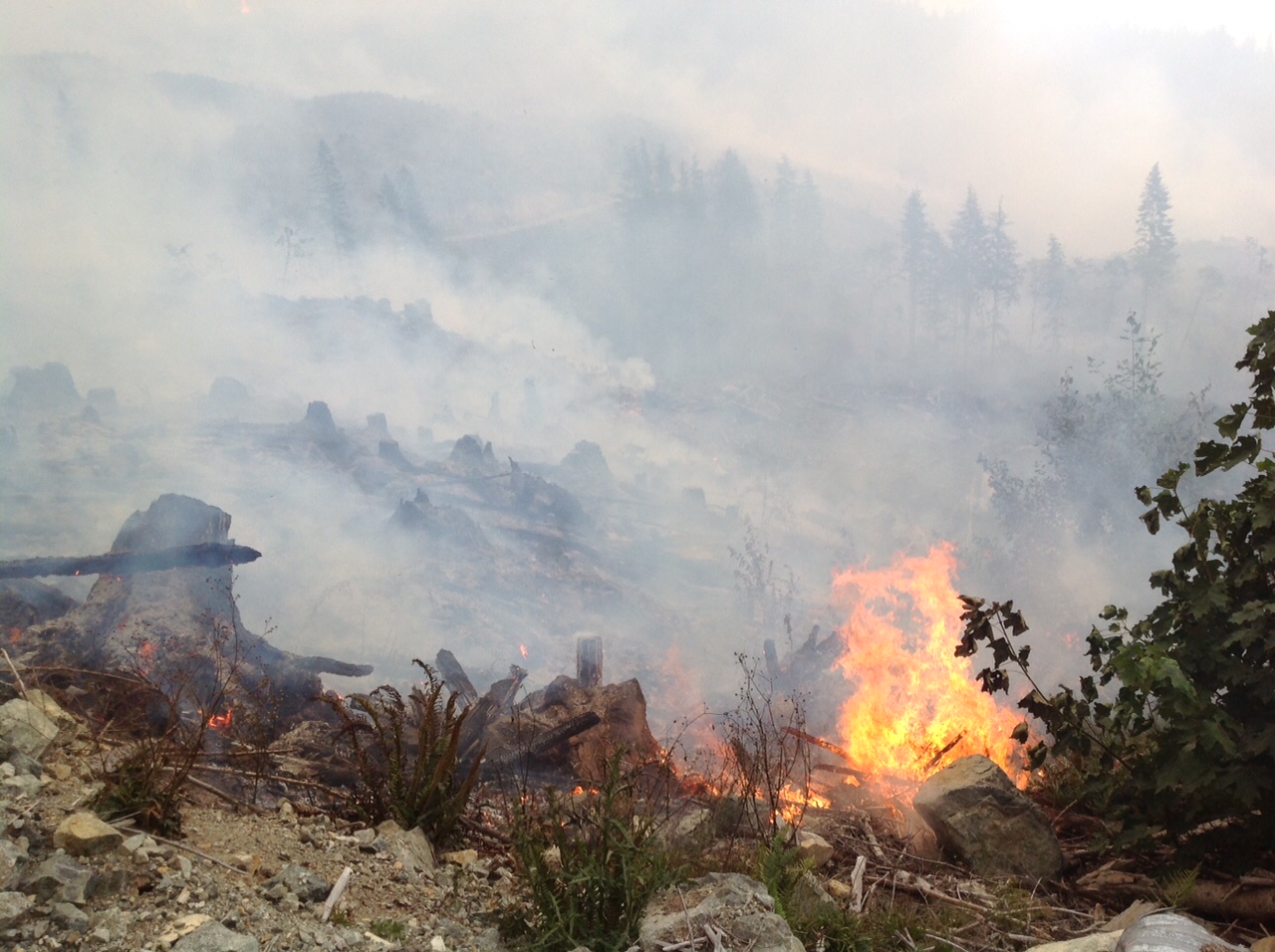 The Lizard Lake wildfire on Vancouver Island last year was believed to be human caused (BCWildfire.ca)

MacPherson said she understands the allure of the backcountry, but campers need to respect that they’re in a different environment.

“Most of what you enjoy – the sound of the wind through branches, the dappled sunlight, the feeling of freedom – is based on flammable things. Respect that. Don’t add anything or do anything that could cause that to be harmed.”

In that spirit, MacPherson is asking campers and hikers to “channel their inner firefighter” and offered this advice:

How to prevent a wildfire

How to put out a campfire