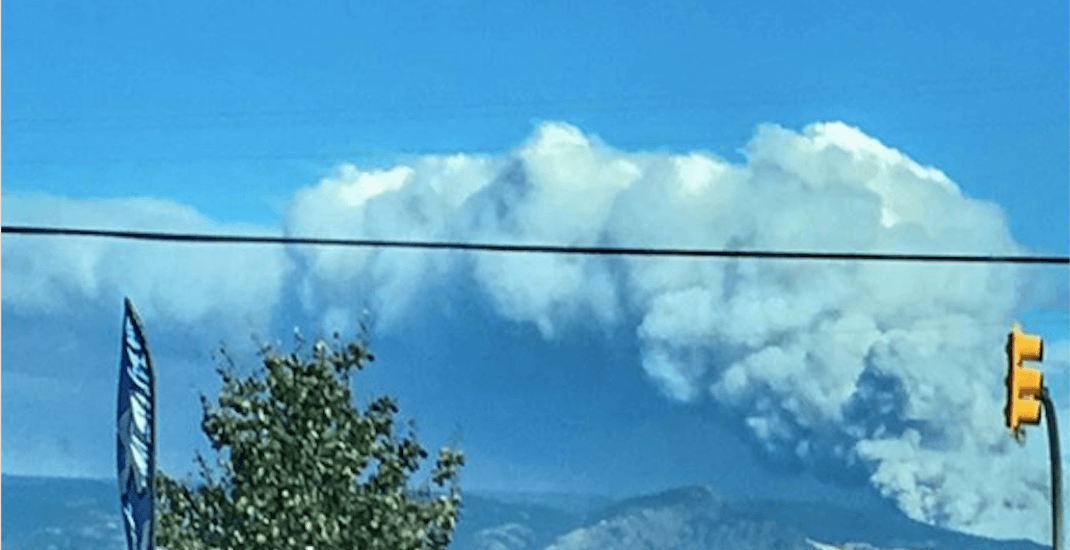 A new wildfire that flared up near Kelowna on Thursday afternoon has already resulted in an evacuation order for over 1,000 residents.

Known as the Philpott Road Fire, the blaze is located approximately 20 kms east of Kelowna.

It’s currently estimated to be 380 hectares in size and is classified as out of control.

The evacuation order covers the entire area of Joe Rich, from Walker Hill on the Highway 33 western boundary of Kelowna, to Big White Road to the east, and Mission Creek and Joe Rich Creek along the south.

On scene of the wildfire off of Philpott Road in #Kelowna. Hwy 33 is closed. Residents are very concerned for the animals and homes. pic.twitter.com/z0XKH0ZEZn

The evacuation order applies to 474 properties in the area.

Structural fire crews from the Joe Rich, Kelowna, Ellison, and Lake Country departments are involved in fighting the blaze that was reported shortly after 1:30 this afternoon.

As well, crews from the BC Wildfire Service are fighting the blaze, and the cause of it is unknown at this time.

An Emergency Support Services reception centre is being set up at Willow Park Church.

Meanwhile, emergency crews are asking the public to:

The fire is the latest blaze in what has already been called the worst fire season ever recorded in BC.

Another fire in #Kelowna and this one is huge. #JoeRich area. The winds are whipping up a storm off of Philpott Rd. Please stay clear. pic.twitter.com/8coJQg0vEb

Timelapse of the wildfire in the Joe Rich area near Kelowna this afternoon as taken from our West #Kelowna tower cam. pic.twitter.com/YgTphkYqsK