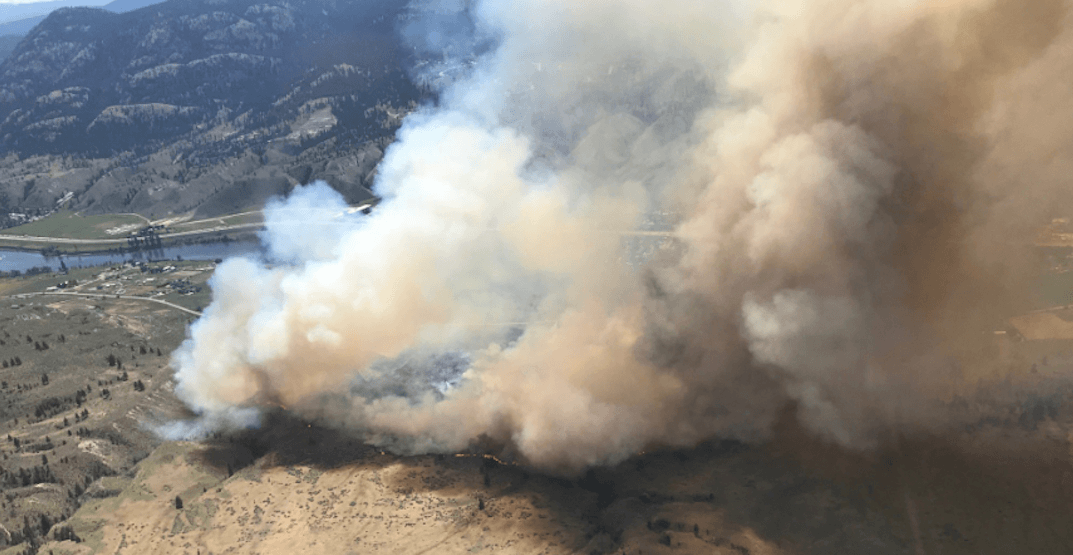 A wildfire that broke out near Kamloops today has rapidly grown in size, as crews fight to keep it under control.

Early this afternoon, the BC Wildfire Service (BCWFS) tweeted that crews and air support were responding to a wildfire east of Shuswap Road.

The fire was originally estimated to be around 20 hectares in size when it was first reported, but the blaze quickly grew, and the fire was soon visible from Highway 1. 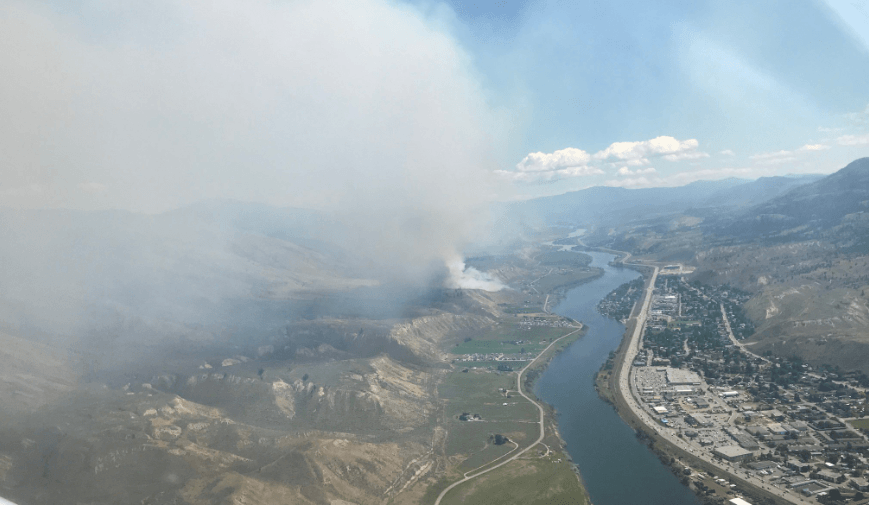 Wildfire near Kamloops (BC Wildfire Service)

A total of 49 firefighters, along with air tankers, one helicopter, and fire investigators responded to the scene, but it wasn’t long before BCWFS said the fire had increased in size, to 6o hectares.

“Air support continues to work on the fire, with ground crews focused on securing the fire perimeter near structures,” the BCWFS said in a follow-up tweet.

Just after 4:30 pm, the BCWFS said the fire had again grown and was estimated to be 200 hectares in size, with “persistent” windy conditions.

Around 7 pm, the BCWFS said the size of the fire had grown even more, to 380 hectares.

To put that into perspective, this is almost the size of Stanley Park, which measures 405 hectares.

The public is also being reminded that water skimming aircraft are using Paul Lake, “so all recreational boaters are asked to stay clear.”