There are two Vancouvers: Vancouver, British Columbia and Vancouver, Washington.

Most of us know this because we laughed at those who went to Vancouver Washington for the 2010 Olympic Games. But according to Wikipedia, there may be a third secret location.

We’ve heard the ye-old wives’ tales in university classes about students who source Wikipedia. But, really, what could possibly go wrong?

This. This can go wrong. 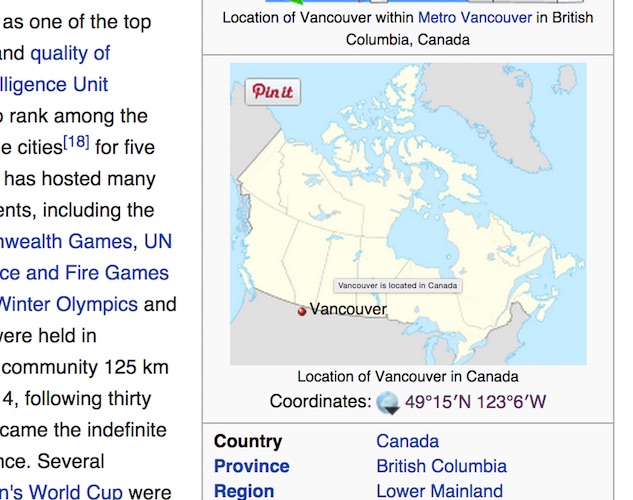 A post on Reddit pointed out that according to Wikipedia, Vancouver is in the state of Montana in the U.S. The co-ordinates, 49°15′N 123°6′W, are actually correct but the dot is misplaced.

Also, according to Wikipedia, Toronto seems be in the area of St. Catharines or Welland.