Music by the American indie duo Widowspeak has a knack for transporting its listeners to another time and place, so it makes sense that singer Molly Hamilton says her song writing is heavily influenced by real places.

Hamilton and guitarist Robert Earle Thomas live in Brooklyn, New York City, but the last two Widowspeak recordings were inspired by far-flung corners of the USA.

Their second album, Almanac, released in January this year, was written and recorded in an old barn in the Hudson River Valley and Hamilton says its gentle, nostalgic sounds were inspired by “a specific set of visuals and films and feelings and stories”.

The imagery conjured by their upcoming EP The Swamps, set for release on October 29, is more vivid again. The pairing of Hamilton’s lilting vocals and the slow twang of Thomas’s guitars still carries notes of nostalgia, but for a steamier, wilder part of America.

The foundations of songs from The Swamps were built during long drives on a three-month tour supporting the release of Almanac earlier this year.

Confined to the close quarters of an SUV with the four members of the touring band, Hamilton found her mind was racing and she needed an outlet, so she wrote her ideas down in a notebook.

These thoughts, combined with her impressions of the American south, formed the basis for songs on The Swamps.

“I’ve never really spent that much time in the south so the first few times we toured there I was definitely really captivated by the idea of it and just physically having that be a foreign environment for me,” Hamilton says.

“The humidity that’s crazy and oppressive heat and the mysterious American south feeling of the swamps, the mystery of it and everything.

“I think there’s a lot attached to it but then also I think the songs themselves, being couped up in a car and writing, (are) about wanting to get out, specifically lyrically.” 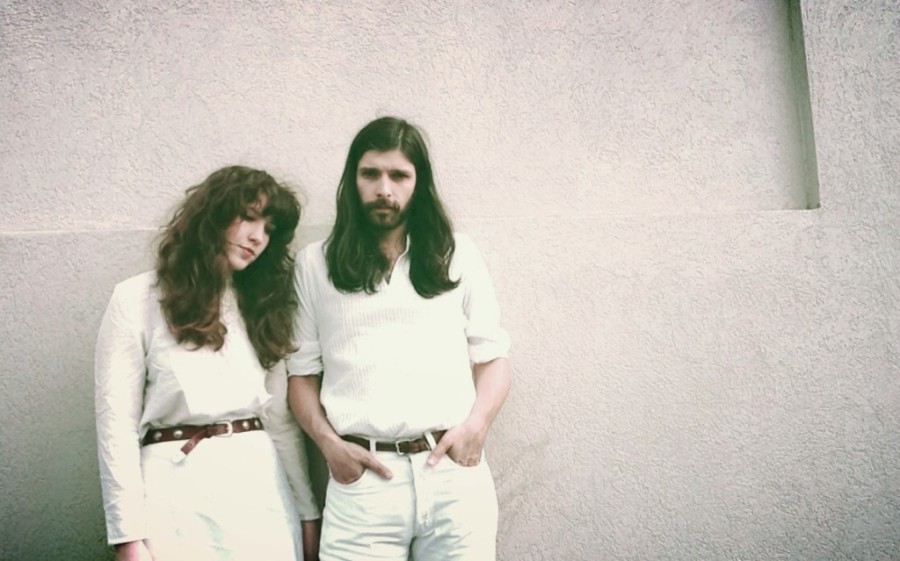 The notions of being couped up, of needing an outlet, could also be symbolic of Hamilton’s position living in New York City.

She says Brooklyn is a great place to live for creative reasons, and that it is an important part of the band’s identity, but she is drawn to different cities.

“It’s hard because I only ever lived two places and so much of my own creative process is really influenced by place, not necessarily the natural world or anything but just the way that different places respond to that,” she says.

The band is back on the road this month as part of a North American tour that includes a show at Vancouver’s Electric Owl.

Hamilton is originally from Tacoma, Washington, so she’s looking forward to returning to the North West, which she says has inspired her musically.

Shows in Seattle, Portland and Vancouver are also an opportunity to play to more authentic fans, away from the pressures of New York City’s music industry.

“It’s great on the west coast, there’s just this more laid back atmosphere at the shows and everybody at our shows at the west coast actually wants to be there as opposed to just being put on the list to review it or something,” Hamilton says.

“We love having press at every show, in New York it’s more like everybody is crawling out of the woodwork and yet none of them maybe don’t even like your band.”

Hamilton says the new songs from The Swamps EP have been well-received on the tour so far. They started their tour supporting singer-songwriter Iron and Wine, which exposed their songs to a new audience at bigger venues.

Touring has again proved fruitful for the band creatively, with the concept for their next recording created from the confines of a Chevy Tahoe.

“We actually even have a title, this is a working title but we decided we wanted to call it Foreverland and (have) kind of mid-century ideals and a ‘50s America, not even necessarily America but just that ‘50s and ‘60s music and design.

“Initially we were like “space race”, Cold War, that sort of thing, and then within that the cowboy Western, spaghetti Western sort of sound but also we were listening to a lot of Brazilian music, like tropicalia.

“I don’t know, there’s a lot of things, we don’t know what it’s going to be like but it’s still going to sound like us, it’s just distilled by our process.”

Alicia Bridges is an Australian reporter and features writer starting a new chapter in Vancouver. Exploring the city’s cultural side and its current affairs.