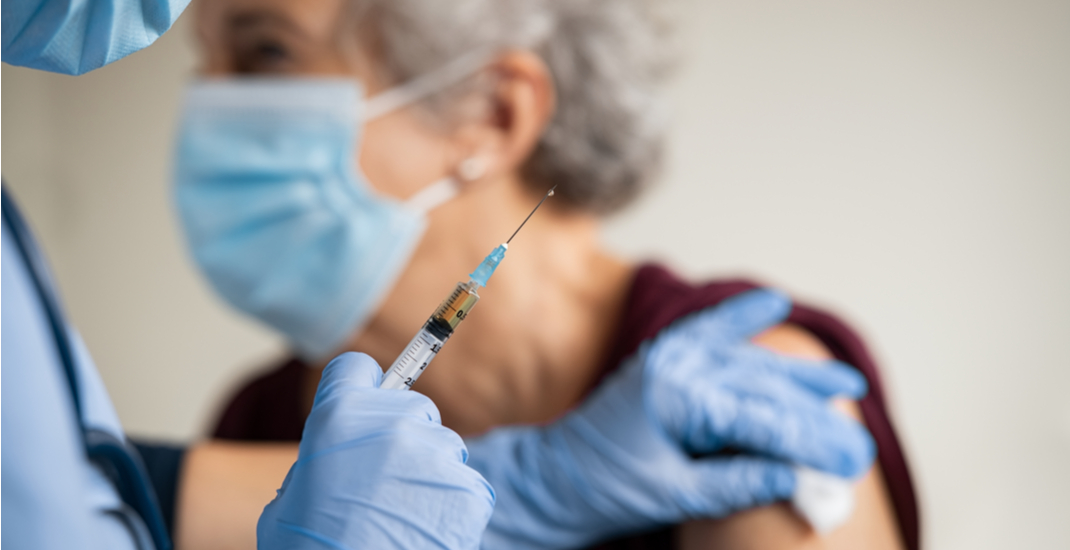 Inoculating everyone in BC who wants a COVID-19 vaccine will be a long task with some heavy logistics involved.

“This is not enough to prevent transmission in our communities and stop the pandemic in its tracks,” she said. “Right now the focus is on saving lives and protecting our health care system.”

The first 4,000 or doses of Pfizer’s vaccine that BC is receiving next week will go to workers in long-term care homes and other health care workers who are on the front lines of treating COVID-19 patients.

These workers are a priority population because they’re treating those who are sick. Workers in all long-term care homes also have the potential to infect vulnerable residents if they catch the virus in the community or at work.

Pfizer’s vaccine needs to be kept at -70C, so this decision is also a logistical one. The company is paying close attention to how its vaccine is being administered, and the doses are not allowed to be moved from pre-approved sites.

The first trays coming next week will go to one site in Vancouver Coastal Health and one in Fraser Health. People getting immunized will need to travel to these places to get their shots, which residents of long term care homes cannot do.

In the coming months, BC plans to have 30 deep freeze sites in the province to administer the vaccine to health care workers.

People living in BC’s long term care homes are at the most risk of severe illness and dying from COVID-19. They’re a pressing priority for health officials, but Dr. Bonnie Henry says they may need to wait for Moderna’s vaccine to be approved by Health Canada in the coming weeks.

Moderna’s product can be transported at standard freezer temperatures, so it can be taken to care homes and administered to residents where they live.

After long term care vaccination strategies are set up, BC will look to immunize seniors in the community who are over 80 around the same time.

Another early-stage priority group is people who are living in congregate settings such as homeless shelters. Henry said these people are another group who are at risk for developing severe illness and ending up in hospital.

Remote Indigenous communities will also be a priority group, Henry said. Officials will be working with Indigenous leaders on this rollout plan.

March to April: Other frontline workers

By the time April rolls around, Dr. Henry expects there to be more types of vaccine available and more units of the ones already approved by Health Canada. Moderna and Pfizer have produced messenger RNA vaccines, but some older-style protein subunit vaccines are also in the pipeline.

Henry says these traditional kinds can be administered by family doctors and pharmacies in the community.

At this time, priority populations will include all other health care workers who didn’t get vaccinated earlier.

Vaccination availability will also expand to include other frontline workers such as firefighters, police, teachers, grocery store workers, and food processing plant staff.

Dr. Henry said the government will proceed to identify groups by decreasing the risk for vaccination from there. As more vaccine becomes available, more seniors in the community will also be able to get their shots. She mentioned that perhaps people over 75 will be next in line, followed by people over 70.

Henry has previously said she expects all British Columbians who want the vaccine to be able to have it by September 2021.