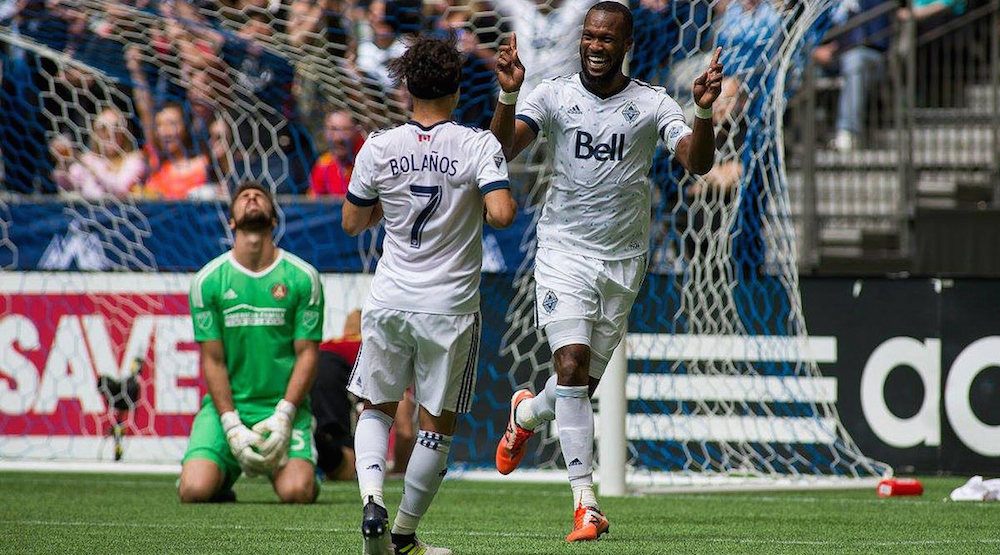 There are times when I can only shake my head and wonder how legitimately stellar achievements by Vancouver Whitecaps players can go unjustly overlooked.

Lying weasel Camilo Sanvezzo lost the league MVP race in 2013 to Mike Magee despite winning the Golden Boot on the final day of the season – a season in which he almost single-handedly (-footedly?) carried Vancouver into the playoffs.

A few years later, David Ousted’s week-in, week-out heroics of 2015 were mystifyingly not enough for him to win Goalkeeper of the Year.

This year, the same fate seems primed to befall Kendall Waston and Tim Parker, who are making a strong case to be considered one of the league’s top defensive pairings. If past history is any indication, that means one of them might get nominated for Defender of the Year but fail to claim any hardware at year’s end.

Such a snub would be a slap to the face of Parker and Waston, and not the fun kind…

Waston’s promotion to captain this season has coincided with his return to his dominant self, and the team’s ascendancy up the league table. The big Costa Rican defender is on the verge of usurping Matias Laba as the linchpin that holds Vancouver’s defensive core together.

Similarly, Parker has upped his game immensely in 2017, not only scoring his overdue first league goal but nearly being credited with a second in last week’s tilt against Atlanta United FC.

The numbers back up the eye test, with Waston and Parker on pace for record-low years in fouls committed, which is a clear sign that they’ve figured out how to defend as a unit against the best attackers in the league.

Or, as Whitecaps reporter Farhan Devji put it:

Parker and Waston have to be in the conversation for best centre back pairing in @MLS right? Top 3 with #FCD and #SKC in my opinion. #VWFC

For reference, here’s the starting central defenders for Dallas (11 GA):

We’re all in this together

In fairness, it’s not just the towering central defenders who are keeping their noses clean – as a whole, Vancouver has the fifth-lowest fouls committed total in the league and has only allowed a respectable 18 goals. This is a team that is committed to returning to their stingy ways at the back, and it’s showing.

Waston said as much following the victory over Atlanta.

“I think just to help the team… obviously, if you play good, you help the team. The most important thing here is that everybody thinks collectively. We know that if every individual does their job very good, the team is going to be affected in a positive way.”

Still, good defence starts and ends with your defenders. With the excellent examples currently on the Whitecaps’ backline, it’s small wonder the team has overcome a rocky start to sit fifth in the Western Conference, only six points back of conference-leading Sporting Kansas City, with games in hand.

This brings us back to our original conundrum: with an empirically solid defensive unit, how have Kendall Waston and Tim Parker not entered the league conversation as a top-tier centre-back tandem?

Honestly, it might be as simple as reputation (or lack thereof). Remember that “penalty” awarded in Houston?

Very soft penalty given by Bazakos. As the cross came in, Waston bumped Manotas, who went down easily. #NoEraPenal #VWFC #Dynamo #HOUvVAN 👎 pic.twitter.com/tKsphtIWft

That call doesn’t happen if referees haven’t been conditioned to naturally assume Waston is a foul and card machine. Reputation carries a ton of weight in Major League Soccer; conversely, not making a name for yourself means your achievements are likely going to be lost in the maze of goal highlight reels and young talent hype.

That’s not to say we shouldn’t celebrate what Tim Parker and Kendall Waston are doing on a near-nightly basis for the ‘Caps – far from it. Whitecaps fans should be shouting from the rooftops that their centre-backs are among the league’s elite. The stats and videos are there. Now we just need everyone to look, listen and learn.

The Whitecaps are back in action on Saturday, June 17th, concluding their four-game homestand against FC Dallas.