The club will be changing their secondary kit, moving away from the dark blue jerseys they have worn with minimal changes since they broke into the MLS in 2011. In its place is something they’re calling the “Sea to Sky” jersey. 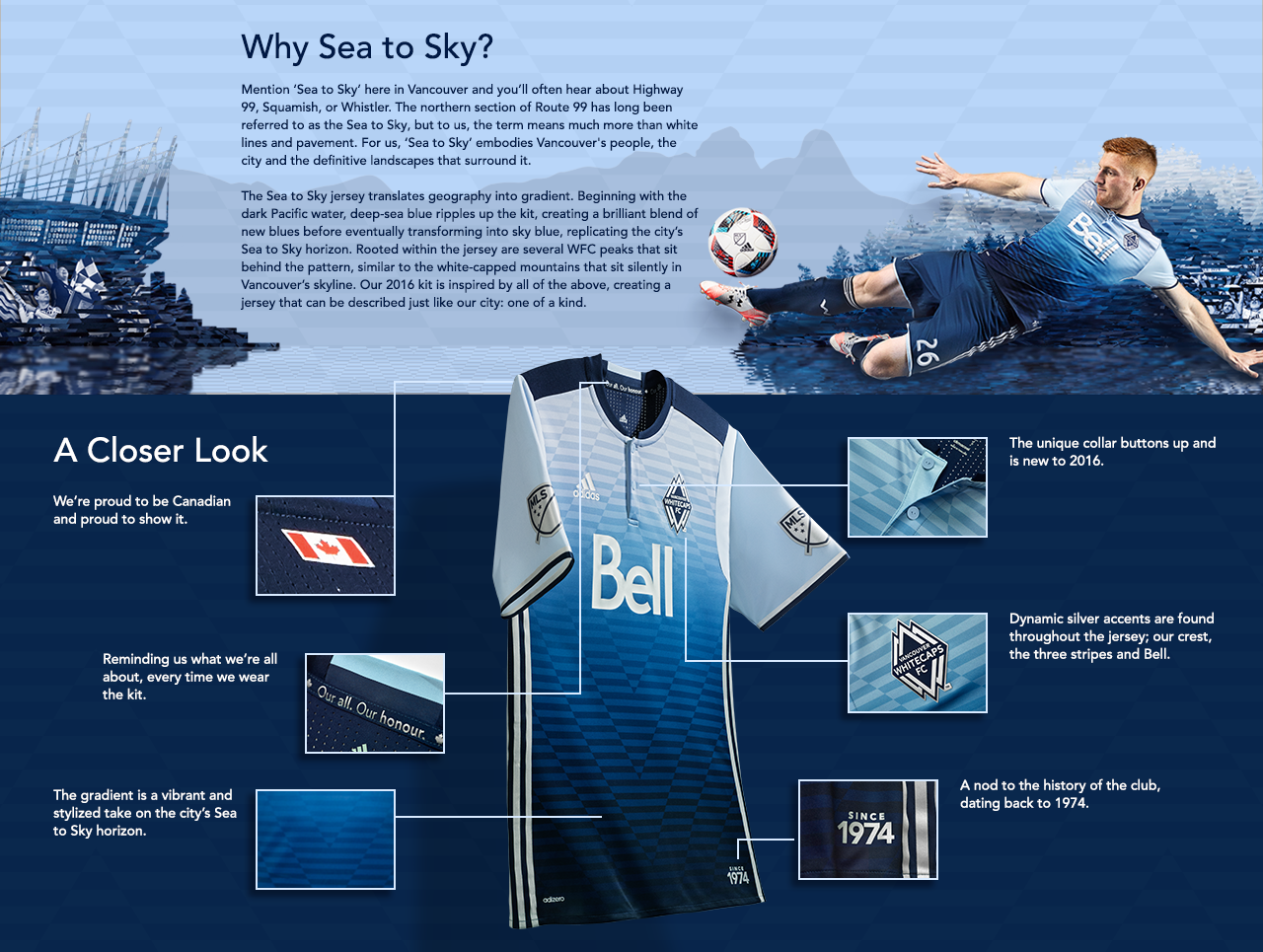 Here’s how the Caps describe it:

The Sea to Sky jersey translates geography into gradient. Beginning with the dark Pacific water, deep-sea blue ripples up the kit, creating a brilliant blend of new blues before eventually transforming into sky blue, replicating the city’s Sea to Sky horizon. Rooted within the jersey are several WFC peaks that sit behind the pattern, similar to the white-capped mountains that sit silently in Vancouver’s skyline. The Whitecaps FC 2016 kit is inspired by all of the above, creating a jersey that can be described just like Vancouver: one of a kind.

Here’s a look at the full kit, as modelled by Kekuta Manneh: 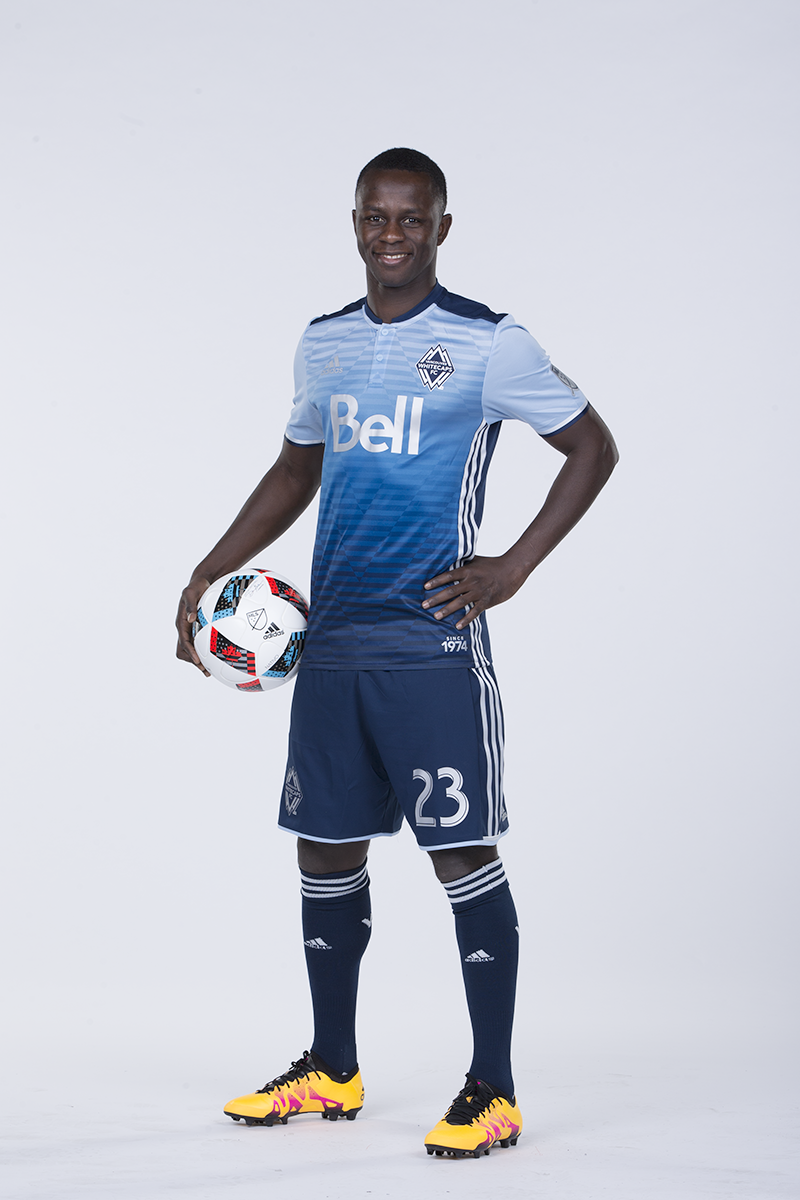 What do you think of the jersey? Thumbs up? Thumbs down? Let us know in the poll question.