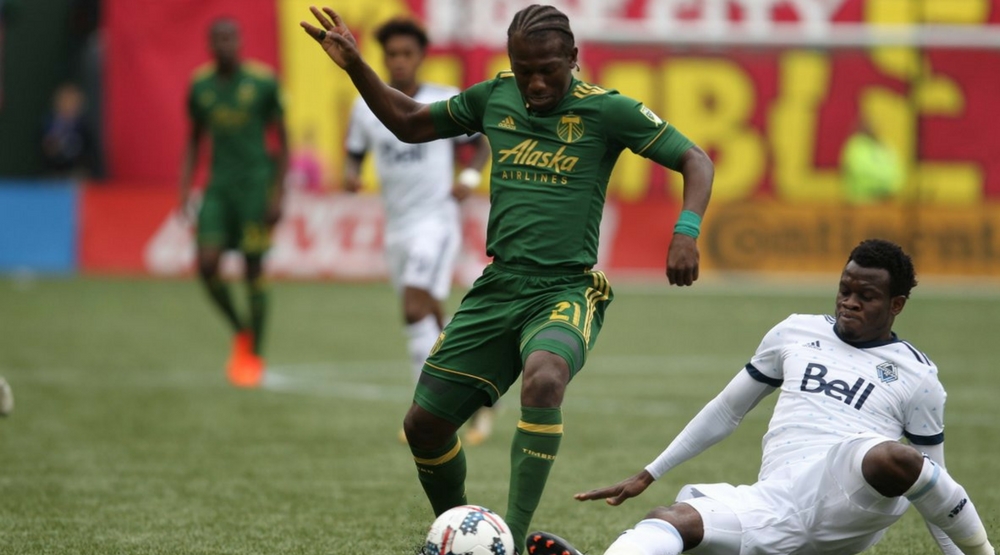 For a second week running the Vancouver Whitecaps failed to get the result they needed to finish first in the Western Conference.

After a 1-1 draw against the San Jose Earthquakes last weekend, the Whitecaps needed a draw or a win against the Timbers to claim first place and a first round playoff bye. Instead they suffered a 2-1 loss in Portland, which sets up a winner take all knockout match against San Jose on Wednesday or Thursday. Vancouver finishes third in the Conference.

The Caps got off to a good start, weathering early pressure from Portland and defender Kendall Waston scoring in the 27th minute to give the visitors the lead.

Providence Park has been a tough place to play for the Whitecaps, who have only won there once since joining MLS in 2011.

With first place and a first round playoff bye on the line, it was the Whitecaps drew first blood after scoring an excellent goal in the 27th minute.

Anything less than a win will be a disappointment for Whitecaps. #VWFC

After winning a free kick, Yordy Reyna delivered a perfectly placed ball into the Portland area. Kendall Waston got his head to the ball, and put it past Portland ‘keeper Jeff Attinella.

Scoring the opening goal of the match was huge for Vancouver, and gave hope that a first place finish was possible.

After finishing their last five matches with a record of W1-L3-D1, Whitecaps manager Carl Robinson felt that a change was needed.

With David Ousted giving up six goals in three matches, Robinson decided that goalkeeping was one area that was needed a change up.

Morinovic hasn't been great when he needs to be. Ousted is better. #vwfc

New Zealand international goalkeeper Stefan Marinović was given the start in Portland, but bobbled the ball that lead to Liam Ridgwell pulling the Timbers level with the Whitecaps in the 32nd minute.

Ousted not being in the squad the difference today. #vwfc

Marinović has put in some very good performances and made some very solid saves since joining the Whitecaps this summer. The big question that will be asked of Robinson in the wake of the Portland loss is whether David Ousted, a MLS veteran no stranger to big matches against the Timbers, should have been given the start instead.

After heading into half time this was still anyone’s game, but some typically poor defending from the Whitecaps early in the second half lead to the goal that ultimately sealed the deal for Portland.

The move was started at the top of the Vancouver box by Sebastian Blanco, who danced around, and through, several Whitecaps before passing the ball.

Eventually it was Darren Mattocks who was the one to score, giving Portland a lead that they would not surrender for the remainder of the match.

It was the second time this season that Mattocks scored the winning goal against his former team. Mattocks also had the winner when the Timbers beat the Whitecaps 2-1 back on April 22nd.

After an excellent summer, the Whitecaps were first in the Western Conference for several weeks.

Every #VWFC fan would’ve taken this finish at start of year given last season.But context changed—this group promised more than it delivered

The Portland loss drops the Caps from first to third, and Vancouver now faces a tricky first round playoff match against the San Jose Earthquakes Wednesday (7:30 pm) at BC Place.

Should the Whitecaps beat the Quakes, then the next stop on the road to the MLS Cup Final will be in Seattle.

Here’s how the Western Conference finished up: 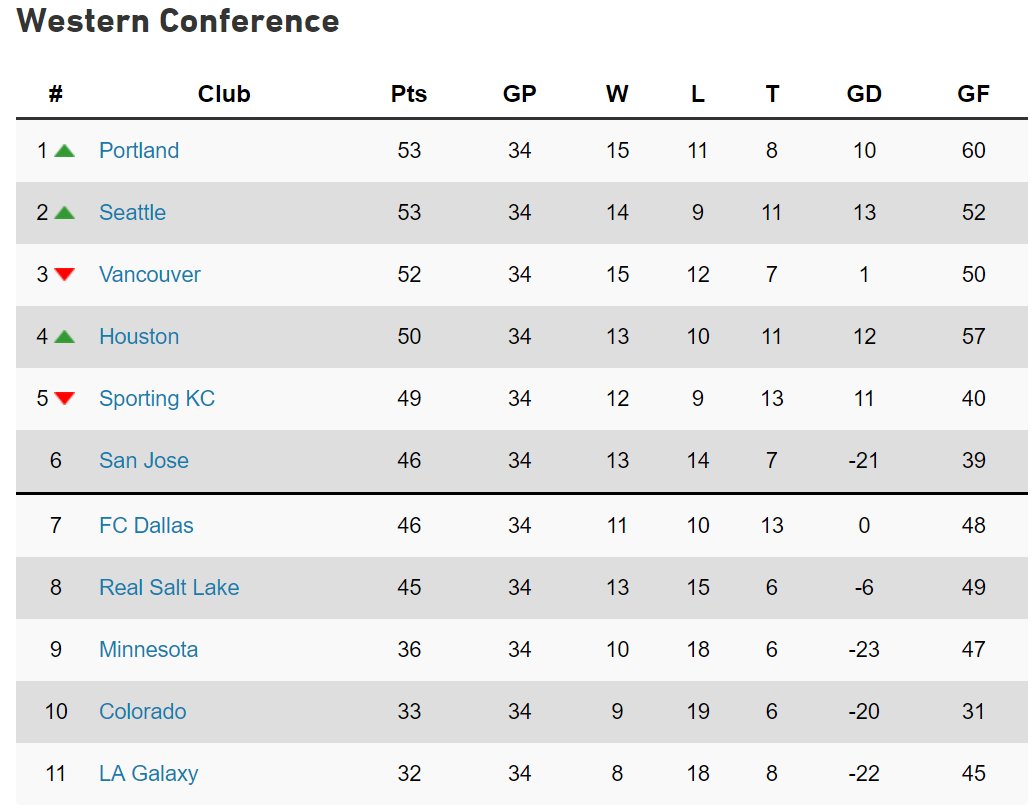 With their playoff match against San Jose just days away, the Whitecaps have plenty of work to do.