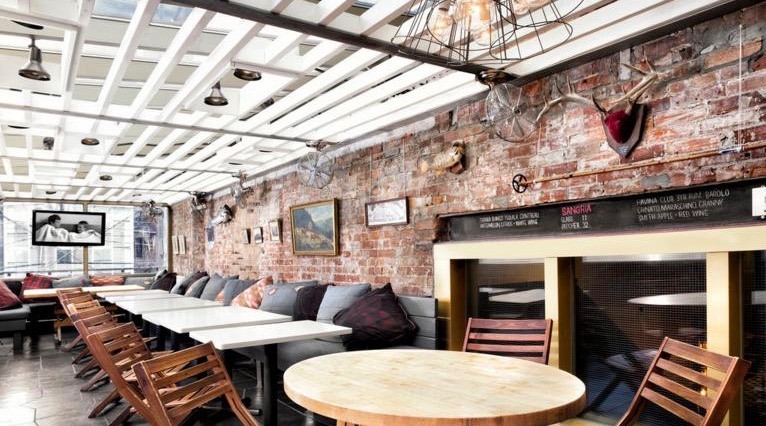 Beginning in 2015, UBC students will be seeing a lot more of the Vancouver Whitecaps FC and Canadian national team players on campus. The new $32-million National Soccer Development Centre will serve as the new long-awaited training grounds for not only the Whitecaps FC but also Canada’s national teams.

The project is a partnership between the provincial government, the Whitecaps, and the University of British Columbia. The Government of BC is committing $14.5-million towards the project, the Whitecaps $9-million, and the University will contribute the land for the project at Thunderbird Park (located adjacent to UBC Thunderbird Arena and UBC Thunderbird Stadium). The soccer centre will consist of three grass fields, two turf fields, and a state-of-the-art fieldhouse with training facilities. The field use time will be shared equally by both the Whitecaps and the wider community. According to the UBC media release:

UBC will continue to play a leadership role in hosting, planning or organizing community sport activities, expanding on existing camps, leagues, programs and events. Currently community members make more than 700,000 visits to Thunderbird Park annually to participate in athletic activities and events. UBC expects this to grow through this new partnership. 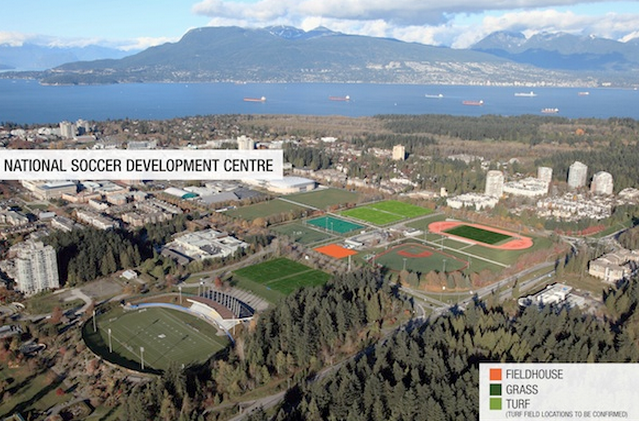 For the women’s Canadian national team, this new facility could be a game changer – it could make the difference between a bronze and gold medal at the 2016 Olympic Games. The soccer centre will be the new home for the women’s team in time for the 2015 FIFA Women’s World Cup in Canada. Vancouver is among the list of Canadian host cities for the event and is also expected to host the final match of the competition.

The new UBC facility has been long in the making. The project comes 3 years after a previous deal with the city of Delta fell apart, which would have located the training grounds of the Whitecaps and national teams at a $31-million facility in a Delta park. However, Delta instead decided to move ahead with its own plans on developing the park. Provincial government funding for the project did not disappear, and was instead transferred to the new UBC location.

The Whitecaps FC, Greg Kerfoot (their billionaire owner), and Bob Lenarduzzi (President of the Whitecaps FC) have been quite serious and dedicated with their goal of raising the profile of soccer in Canada. They want soccer to become an integral part of Canadian sporting culture, and have invested immensely into youth and grassroots soccer programs. In order to develop a winning culture in their own MLS franchise and in the Canadian national teams, the Whitecaps hope to grow world-class Canadian soccer talent from the ground up, beginning with youth. The Whitecaps have even hired John Furlong, the former CEO of VANOC, to help carry out this vision and mission after his highly successful deliverance of the Vancouver 2010 Olympic Winter Games as “Canada’s Games.”

Altogether, this Whitecaps vision – a mission to grow soccer culture, to create a winning culture, to build their own training facility, and even a new soccer specific stadium (in the distant future) – follows and mirrors a highly successful European FC model. The Whitecaps FC hope to be among the top 25 football clubs in the world.