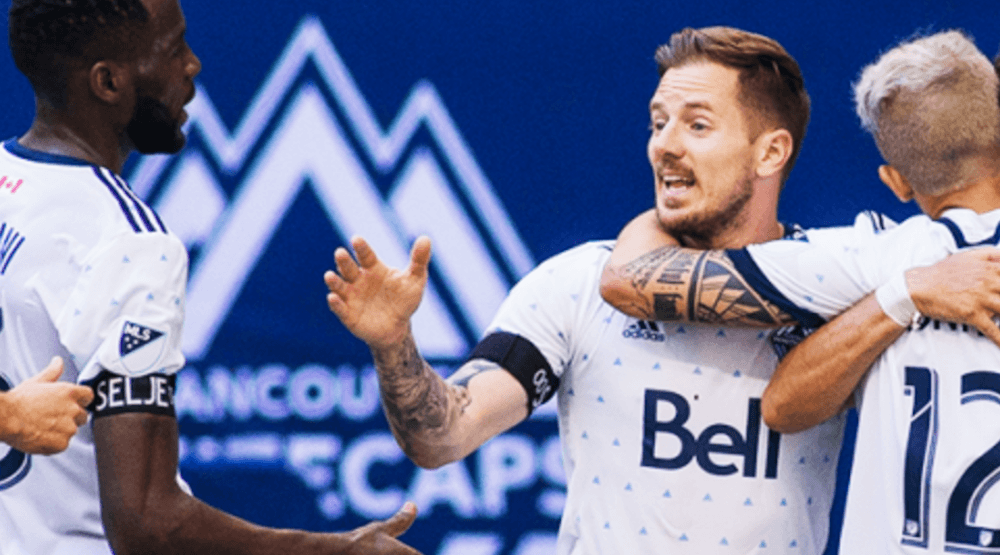 Well that was fun, wasn’t it?

Playing their first game at home in more than a month, Whitecaps FC gave fans a thrill on Saturday under the sun at BC Place, beating Sporting Kansas City 2-0.

Cristian Techera scored arguably the prettiest goal of the season in the first half, while Tim Parker scored the first goal of his MLS career in the 67th minute. David Ousted picked up his third clean sheet of the season.

The win not only keeps Vancouver above the playoff bar, but it has them within striking distance of second-place in the Western Conference.

Fifth verse, same as the first

Was head coach Carl Robinson visited at night by three spirits? Was he shown a vision of life sans his existence? Something clearly has changed in the former devotee of the 4-2-3-1 as he yet again trotted out a 4-1-4-1, this time in front of a home crowd.

Never before in the Whitecaps’ MLS history has the starting lineup been this locked in stone. We’re talking frozen-in-carbonite levels of static consistency, folks.

On the one hand, it’s hard to argue against two wins and two losses in a four-game road trip. On the other hand, what I liked about Robbo’s willingness to tweak, slide, and adjust players each week was it meant more minutes for depth players and prospects – minutes they might use to, say, get match fit or further develop.

This makes the choice of TSN halftime feature on Ben McKendry somewhat ironic, as I’m sure he would love to benefit from a bit of squad rotation. Good thing the Voyageurs Cup is just around the corner.

I got yer pretty goal right here. It certainly didn’t look like this (or any) goal was going to materialize after the first half was more or less a snoozer of chippy, stop-start play from both sides.

There is so much to like about how this goal comes together. First, the ‘Caps keep possession – something they’ve been doing a lot more of in the 4-1-4-1 and doing well – and shuttle the ball back to Kendall Waston, who dings a longball(!) into the path of Sheanon Williams.

Williams takes only one touch, then fires off a beautiful cross to the chest of Christian Bolaños, upon which the Costa Rican international sets up Techera for a one-time volley that screams past a sun-blinded Tim Melia.

Good thing, too, because…

Technically, that’s Fredy Montero’s second missed penalty of the year. His attempt in Portland was initially saved, though he was able to convert the rebound. Montero tried to do the same tonight – even getting some help from a super-duper-offside Bolaños – to no avail.

More to the point, Montero has been held goalless in the last four games. When your top offseason striker signing goes 350+ minutes without finding the back of the net – longer if you don’t count the quasi-sorta-not-really penalty against Portland – that’s a cause for concern.

Surely Fredy Montero couldn’t be destined for the same fate as Octavio Rivero, could he? I mean, the guy even bleached his hair. Or…

Has the lack of service to Fredy Montero made his hair turn white? #VWFC

Jury’s still out on that one. The service tonight certainly was good enough to cash in twice without Montero.

Parker finally got his long-overdue goal in Major League Soccer with a deft header to ice the game.

Which brings us to…

We haven't checked in on Peter Vermes yet today. How's it going Peter? pic.twitter.com/GDPJaMRaFU

But seriously, Vermes and Robbo had a right fierce shouting match going on in the technical area, highlighted by Robbo fist-pumping directly in Vermes’ direction after Parker’s goal.

Why the fist-pump, you ask? Roger Espinoza is why.

This flying (slipped, whatever) scissor tackle at Vancouver golden boy Alphonso Davies earned the ‘Caps the free kick that resulted in the second goal.

Robbo (and about 21,000-odd people) was incensed that Espinoza only received a yellow from referee Baldomero Toledo. A goal’s a pretty good consolation, though.

Dunno why Vermes is so mad. 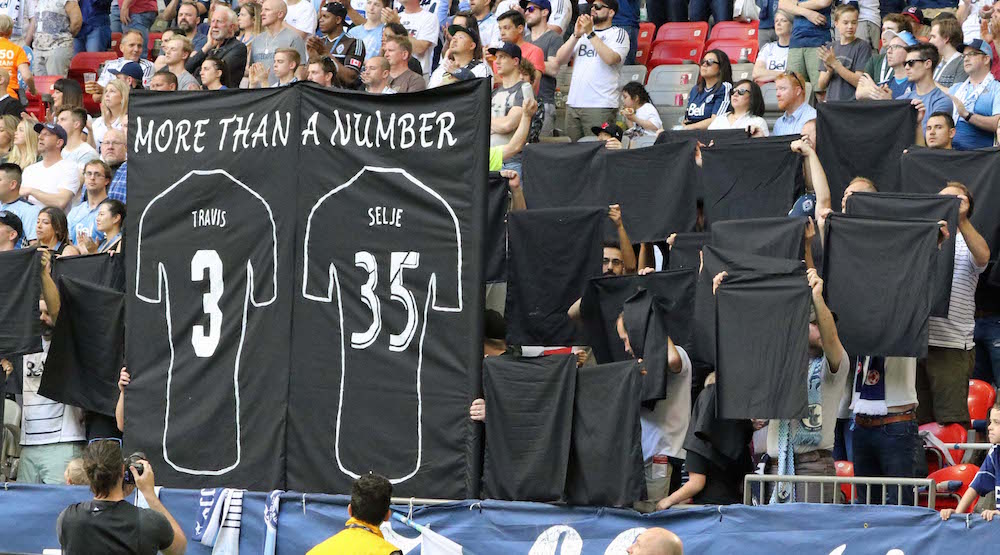 Fans at BC Place honoured Travis Selje, the Whitecaps Residency player who was killed tragically after he was involved in a car crash earlier this month. After a moment of silence prior to the match, everyone in attendance showed respect by giving Selje, who wore #35 as a player, a standing ovation in the 35th minute.

Vancouver begins their 2017 Voyageurs Cup campaign on Tuesday against the Montreal Impact. With a minimum three Canadians mandatory in the game-day roster, it’ll be a good chance to see the homegrown players desperate for minutes try to win a place in what is now an air-tight Whitecaps roster.