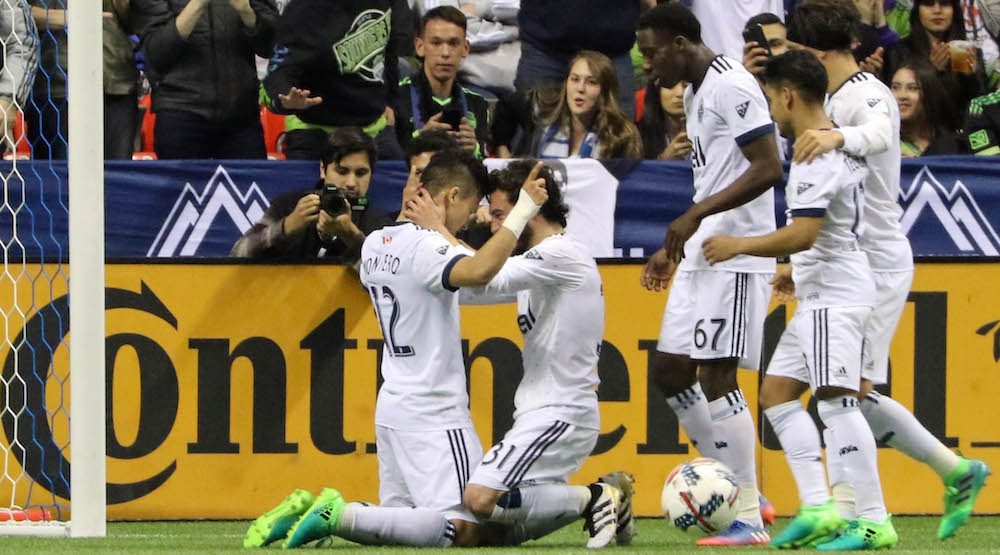 The Vancouver Whitecaps started the defence of their Cascadia Cup title with a 2-1 win over MLS Cup Champions, Seattle Sounders at BC Place on Friday.

To say it was a big win would be an understatement.

“It was a good game today, really good game. They’re a top team, they’re the champs, we know that,” Whitecaps head coach Carl Robinson said in his post-match media conference. “They’ve got good players, they’re confident. But we stuck with it. When you’re in games and you’re not having the play, it’s important you have a good mentality and our mindset going into the game was be organized and disciplined, and when you get your chances, take them.”

It wasn’t the prettiest of wins, but the victory comes as a bottle of pure oxygen for Carl Robinson and his team.

It was a HUGE Game

The match against Seattle was a crucial one for the ‘Caps for many reasons.

The Blue and White began the 2017 campaign on shaky footing. With a win, three losses, and one draw, the Whitecaps found themselves near the bottom of the Western Conference standings. While MLS is a forgiving league for slow starters, the road ahead will certainly be easier if they don’t dig themselves too deep.

With a four-game road trip ahead, it was imperative for the ‘Caps to take full points tonight to keep the top of the table within reach. 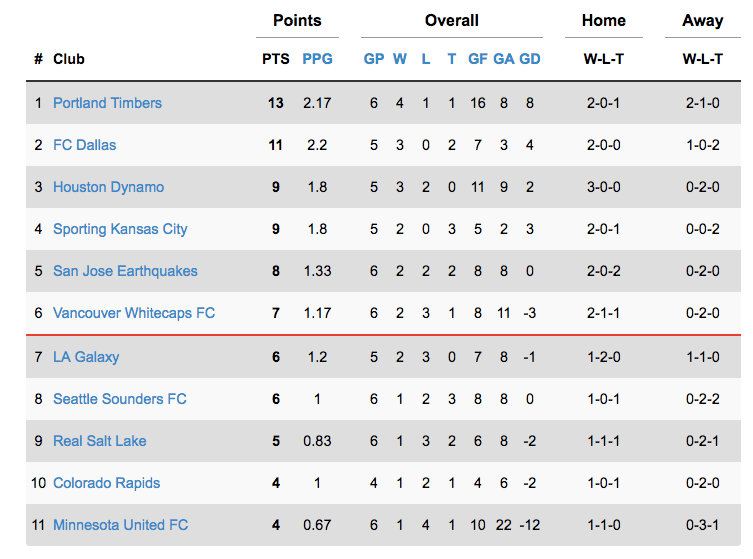 This match also kicked off the race for the Cascadia Cup title between Vancouver, Seattle, and Portland. Although last season was an overall disappointment for supporters, the Whitecaps bringing home the Cascadia Cup through a win over the Portland Timbers in the last game of the season, provided a much needed spark of positivity for fans.

The Cascadia Cup is important for supporters and therefore, the Blue and White needed to begin their title defence with a win.

The @TheCascadiaCup in its natural habitat, amongst the @WhitecapsFC supporters #VWFC pic.twitter.com/AsaVeeHHy9

In addition, if the Whitecaps want to have any chance at making the playoffs and winning silverware, they must improve their home form. After three games at BC Place, Carl Robinson’s team showed a lacklustre record of 1-1-1. Now with two home wins in a row after today’s against solid MLS Teams (LA and Seattle), it seems that they are on their way to making BC Place a fortress once again.

It was two goals by former Seattle Sounders striker turned Whitecaps Designated Player that gave the edge the Whitecaps needed to put a dent in Seattle’s shiny MLS crown.

The Colombian striker showed just why Carl Robinson decided to bring him into the fold. Montero demonstrated a killer instinct inside the box, converting two goals out of the three half-chances he received all game long.

He scored his first goal on a beautiful header off a lovely cross from Cristian Techera:

His second was also scored off a header, this time set-up from Kendall Waston:

The Whitecaps have not seen a clinical finisher of this magnitude in a long, long time.

While Freddy Montero’s heroics in front of goal will steal the headlines, I would be remiss if I did not shed light on the key performances of Vancouver’s defensive group.

First, the save of the game came from defender Kendall Waston in the final seconds of the match:

From David Ousted who was his usual solid self, to Kendall Waston’s miraculous clearances off the line, to Tim Parker’s quiet but relentless physical battle against Jordan Morris, to Matias Laba and Russell Teibert’s excellent job shutting down world-class players like Clint Dempsey and Nicolas Lodeiro, the Blue and White defensive core started to resemble the 2015 version of themselves. The version of themselves who were the best defensive team in the league.

I mean, sure, they did give up a late goal and the defending in the last five minutes of the game was panicky and chaotic, but hey – they bent but they did not break….too much.

The Return of El Bicho

Perhaps the best piece of news that the Whitecaps have received over the first six games of the 2017 season is what appears to be a resurgence of Cristian Techera. Once again, the man nicknamed “El Bicho” is becoming one of the most influential offensive players for Robbo.

Nice to watch tonight's game as a fan. Techera's service was spot on. Parker and Waston were immense. Big win. #VWFC

After an inspired 2015 season, the diminutive Uruguayan suffered a catastrophic drop in from in 2016. However, like a phoenix rising from the ashes, Techera is once again creating chances, blowing by defenders with his fancy feet, and serving balls on silver platers for his teammates.

With the ridiculous number of injuries plaguing this team right now, Techera stepping up to the plate can only be welcome news for the Welsh tactician.

The Whitecaps will now head out onto the road for four straight weeks and will not return to BC Place until May 20th to face Sporting KC. It will be a tough series of matches for Carl Robinson and his troops. The first stop next week is arguably the toughest one of them all as the Whitecaps pay a visit to Western Conference leaders, and Cascadia rivals, the Portland Timbers.

So, strap on your seatbelt because it may be a bumpy ride.