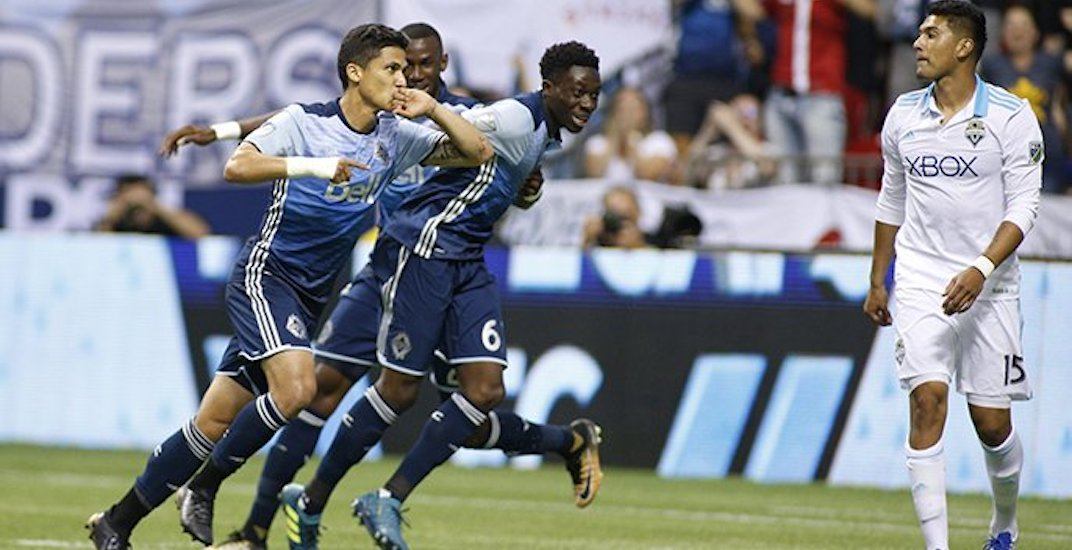 Oops, he did it again.

Canadian soccer golden boy Alphonso Davies came off the bench and made a huge impact for the Vancouver Whitecaps on Wednesday.

After the Blue and White suffered the ejection of Tony Tchani, the 16-year-old wonderboy drove forward, proceeded to battle and defeat three-time Defender of the Year Chad Marshall in a physical contest, and finished up by serving a ball on a silver platter for Fredy Montero to tie the game and salvage a point at home.

What a thing of beauty.

The Vancouver Whitecaps returned to BC Place to face their Cascadia rivals and Western Conference leaders, the Seattle Sounders. Despite not displaying quality football and being down a man for most of the second half, the ‘Caps were able to rescue a 1-1 draw at home.

The old adage preaches that good teams find ways to get results when they don’t necessarily deserve them and this match was certainly one of those instances for Carl Robinson and his troops.

When compared with the professional performance by the Whitecaps on Saturday night, Carl Robinson’s pupils presented a clear case of the Space Jams on Wednesday night.

For those of you who are too young to understand the reference, first, watch Space Jam immediately after reading this article; but the gist of it is that a handful of professional NBA superstars get their sporting talent stolen by a gang of pesky aliens rendering the basketball players a horde of very tall, useless man-mountains.

Yes, even though Carl Robinson sent the same 10 of 11 players, it was as if their football talents had been stolen by an interplanetary throng.

For most of the match the Whitecaps distribution was atrocious, they were unable to sustain long periods of possession, and they looked unimaginative and uninspired in the final third.

A bad penalty conceded in the first half and a red card shown to Toni Tchani in the second half compounded the situation for the Whitecaps and as things were looking grim.

Two stupid tackles cost the Caps this game. Williams and then Tchani. #VWFC

The insertion of Davies and Ibini into the match proved to be a master stroke of genius by Robinson as his team’s performance improved, more out of grit and guts than good football.

“The character (of the team) shown was brilliant. The mentality was phenomenal,” said Robinson in the post-match press conference.

If it ain’t broke, don’t fix it

Carl Robinson made only one change to the starting XI that defeated the Houston Dynamo last Saturday night. Sheanon Williams returned to the lineup in place of rookie Jake Nerwinski.

After a positive result over the weekend against a solid Texan squad, the Welsh Tactician placed his chips on (roughly) the same group of players to get it done against the best Western Conference side.

The switch did not take long to take a toll on the Blue and White as it was Williams who, after giving the ball away cheaply, launched himself into a clumsy and mistimed tackle inside the box that brought down Spanish midfielder Victor Rodriguez.

Easy call for the ref.

Nicolas Lodeiro stepped up and converted from the spot giving the visitors the lead at the 18th minute.

The Sounders could have, and should have, extended their lead by several goals after an inspired and dominant first half of football. However, the Lower Cascadia foes faced an inspired David Ousted who, with save after save, was able to keep his team in the match.

This match not only had serious implications in the Western Conference standings where the Whitecaps are now above the red line and holding on to the last playoff spot for dear life. Albeit they still have a couple of games in hand over most of the teams ahead of them. 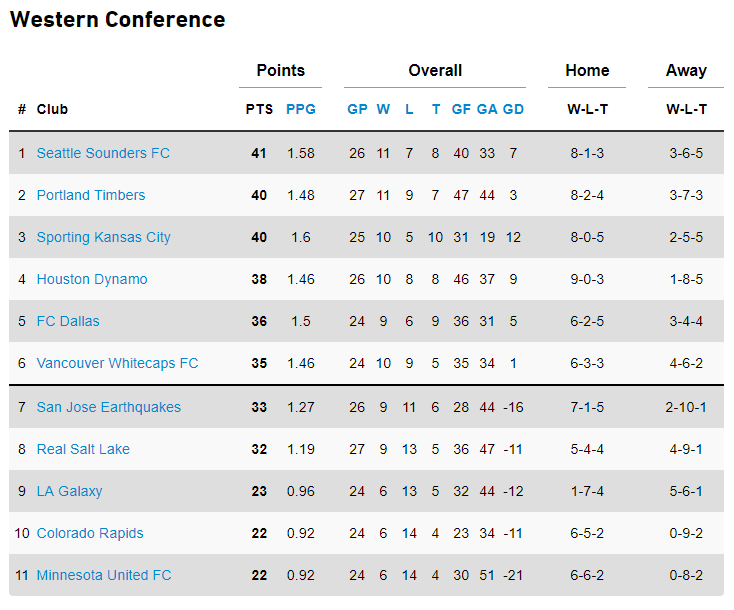 This match-up was also huge for the Whitecaps’ Cascadia Cup defence. The ‘Caps now sit at the basement of the standings after four matches, three points from the leaders (the Portland Timbers) with two games to go. The Whitecaps need to win their remaining battles and have a combination of results go their way if they want to lift the trophy once again.

The Whitecaps will now fly across the continent to visit Orlando City SC this Saturday before coming back to BC Place on to play four home matches in the month of September.