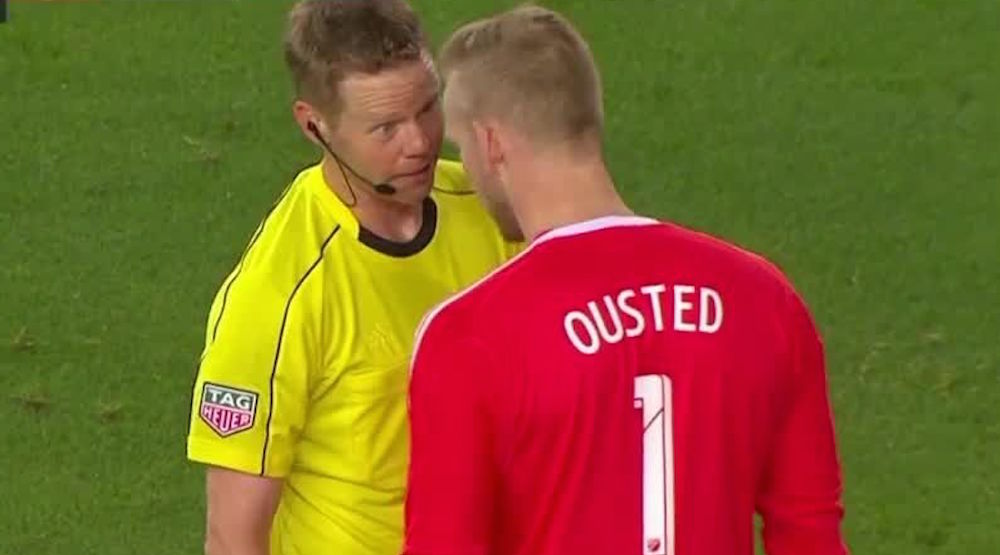 An early red card to goalkeeper David Ousted proved too big of a burden for the Vancouver Whitecaps as they surrendered a 2-0 lead and finished with a 3-2 loss against the San Jose Earthquakes on Saturday night. Carl Robinson and his pupils were unable to break a curse that has not seen the Blue and White take full points from San Jose since joining MLS.

There are, however, a few things to discuss:

The Blue and White have one of the most important matches in their 40 year history this upcoming Tuesday night as they face Liga MX reigning champions Tigres UANL in the first leg of the CONCACAF Champions League semi-finals.

As such, Carl Robinson had to balance his lineup in order to manage his personnel ahead of the big clash in Monterrey. The Welsh tactician sent out a team that lacked some of his regular starters like Matias Laba and Tim Parker, and gave way for the MLS debuts of defender Jake Nerwinski and midfielder Ben McKendry.

Mckendry in particular had a strong showing which comes as a reward for the 23-year-old who has put in his time over the last two years playing with Whitecaps FC 2 in the United Soccer League.

Rewinding to rewatch those goals, that's a 1G 1A stat line for Hurtado in the first half. Hands up if you called that one (liar). #VWFC

Much maligned Whitecaps striker Erik Hurtado got the nod from his coach for the second week in a row. After being heavily criticized by supporters after the opening game against Philadelphia, “E-Money” repaid his coach’s trust and bagged his first goal of the season only two minutes into the game.

The Quakes central backs let a ball bounce in their box and Hurtado pounced on the opportunity and buried his volley in the back of the net.

Just 15 minutes later, Hurtado setup Nicolas Mezquida for the second goal of the night and the Whitecaps found themselves ahead by two within the first 20 minutes of the match.

After going down a man with 67 minutes to go (more on that in a minute), Hurtado was tasked with the ungrateful job of leading the line, chasing balls, battling lonely fights against Quakes defenders, and supporting his teammates defensively. His speed and athleticism allowed him to perform his job admirably before he was subbed off to give more competitive minutes to Fredy Montero.

Not a fan of #Hurtado but I have never knocked his hustle. Well done on the goal. #vwfc #whitecaps

Once again, the Beaverton native proved that he is a valuable asset to this roster despite the criticism that he seems doomed to receive from fans week in and week out.

Three minutes after Mezquida doubled the Whitecaps lead, things took a turn for the worst for the Blue and White when David Ousted saw his first red card in his MLS career after tripping Chris Wondolowski.

With over two thirds of the game to go, the red card completely changed the dynamic of the game.

Straight red for Ousted. No other option for the referee #SJvVAN #VWFC

Robinson withdrew Mezquida from the game to insert backup goalkeeper Paolo Tornaghi and the Blue and White retreated and absorbed pressure in an effort to conserve their lead. Such efforts would eventually come up short as they surrendered three goals over the remaining 67 minutes of the match.

Honestly, most of this has to be on Ousted. Go down 2-1 and stay with 11 men. Way better than this. #vwfc #SJvVAN

Perhaps more worryingly, the Great Dane has earned a one-match suspension which means that he will miss next week’s difficult home match against a star-studded Toronto FC.

MLS golden boy Kekuta Manneh failed once again to put in a decent performance. The speedy winger was not an offensive threat and when his team needed him to be defensively responsible and put in a hardworking shift, the Gambian was nowhere to be seen.

San Jose’s second goal was scored by a wide open Nicolas Lima, a player that should have been tracked by Manneh.

What a moment.@nick__lima wastes no time & strikes home his FIRST @MLS goal in his SECOND game! Congrats, Nick! https://t.co/YIcvzIUrmz

The Whitecaps supporters are starting to notice Manneh’s lack of effort and ineffectiveness.

#SJvVAN #VWFC Kekuta Manneh dawdling back on defence, gives up equalizer. He only plays when it interests him. #benchtime

my take away from the #VWFC match – Manneh was absolute shit.

With the return of Christian Bolaños to the fold, the addition of Brek Shea, and the emergence of Alphonso Davies, it remains to be seen if Manneh will continue to be a starter.

No reason to panic

The Blue and White have started their 2017 MLS campaign earning only one out of six possible points. However, considering the special circumstances of today’s match and, if there is anything that we can learn from the defending MLS champions (the Seattle Sounders), it is that in this league, a team can be absolute rubbish between March and July and still go all the way with a hot second half.

So, all in all, there is still a lot of football to be played.