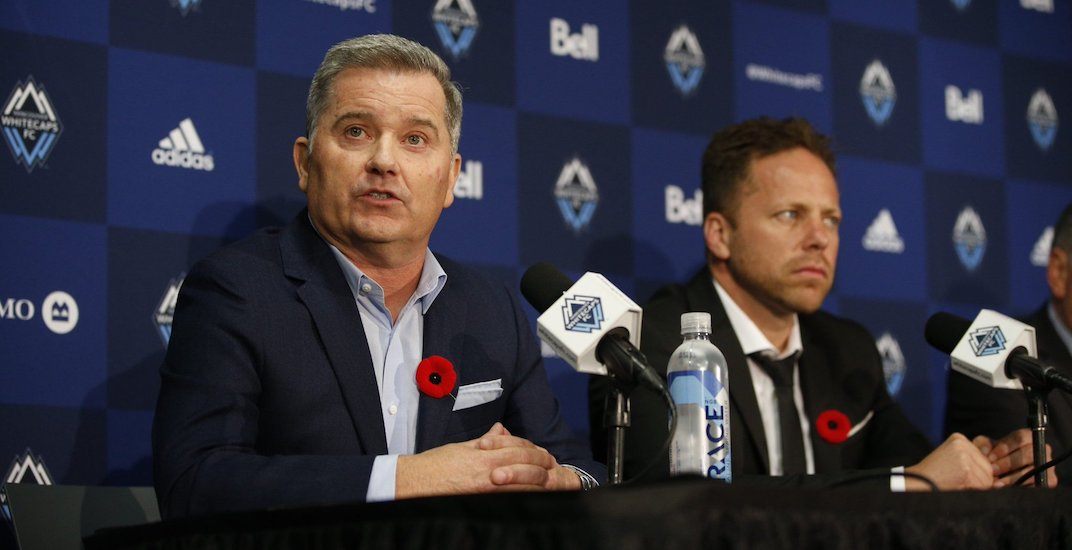 A February blog post by former Whitecaps player Ciara McCormack highlighted alleged abuse incidents within the Whitecaps as well as Canada Soccer at U-20 women’s level in 2008. Over a dozen former players shone a spotlight on alleged bullying, harassment, and sexually inappropriate behaviour by a former coach, who was referred to anonymously in the report.

On May 27, 2019, Toronto-based SLSG was retained as an independent third party to conduct a thorough review of the Whitecaps’ safe sport policies and procedures. SLSG spent six and a half months putting together their findings in a 32-page review, which can be read in full online.

The primary goals of the review, according to SLSG, were to examine the Whitecaps’ past and current procedures, with a focus in safe sport and human resources, and to understand the actions taken in response to alleged incidents that occurred in 2008.

A total of 82 players were contacted, with 14 players being interviewed, including four who were engaged in the initial consultation process.

Seven (former and current) Whitecaps administration and staff were also interviewed, with their roles in 2008 listed in parentheses:

What the players said

The report did not go into detail about each abuse allegation, though it did mention how players felt about how the alleged incidents were handled by the club.

Poor communication was a theme, with players saying they were not “formally notified about the investigations or the outcomes.”

The culture and environment of the Whitecaps Women’s Team had become “toxic” according to many of the players.

They expressed “concern” over the amount of power the coach had acquired with multiple roles. Some players suggested that a “fear of reprisal” existed, which likely prevented some from reporting “inappropriate behaviour” or participating in the 2008 investigation.

Several players expressed concern that they thought the “investigative process” used in 2008 was “flawed” and “not thorough.” There was also “particular confusion and disappointment” with the October 9, 2008 press release regarding the “mutual decision to part ways” with the coach.

Among the key findings, the SLSG report states:

All of the players interviewed were asked to provide their own recommendations for what improvements, solutions, or changes they would like to see the Whitecaps adopt.

“I have had the opportunity to review the report in its entirety and found it to be very thorough,” said a player from 2008, who wishes to remain anonymous, through the Whitecaps media release. “I am satisfied with the approach the SLSG took by engaging athletes and the community and with the overall findings.”

The anonymous player participated in the initial process to approve the SLSG to carry out the review, according to the Whitecaps.

“We again express our sincere regret and empathy to the brave women who came forward to share their experiences, and to all who were affected,” said Whitecaps FC co-owner Jeff Mallett in a media release. “Athletes must be provided with an environment where they are safe, secure, and free from any form of bullying and harassment. We are grateful to the over 350 athletes, community members, parents, supporters, and staff who engaged in this review. This process has sharpened our focus on the importance of addressing the issues faced across all sport environments.”

“It’s reassuring to have the SLSG affirm that many of our practices meet leading standards,” Mallett added. “Nevertheless, we also recognize through their recommendations that there is much more we can do. Not only are we committed to adopting the recommendations in this report, but we’ve also started dialogue with key organizations to see how we can help further advance safe sport.”

“We welcomed the opportunity to conduct this review on safe sport practices and would like to acknowledge the many stakeholders who participated in the process,” shared Dina Bell-Laroche, Partner, Sport Law & Strategy Group. “We hope that the recommendations provide the Whitecaps with additional measures to advance their leadership in this area.”

The review also looked into a pair of other incidents concerning allegations of racism from a coach in 2013 and a bullying claim in 2017.

The SLSG examined the process the Whitecaps used to hire a coach in September 2013 who had allegations of racism levelled against him in April of that same year.

The Whitecaps interviewed the coach in January 2013, verified references, and completed a background check, but the coach was not hired at that time. The coach was hired in September 2013 when a new position became available, without conducting a new screening process.

The team has since taken steps to avoid that situation occurring again. If a background screening is potentially not current, there will be a further interview and new screening process before hiring.

There was a review of the process that the Whitecaps used to address a “serious allegation of bullying” that led to an assault in June 2017 between players in a youth residency program.

The Whitecaps handled the incident “reasonably” and “in accordance with expected practices” according to the SLSG.

Mallett spoke to Daily Hive via telephone on Tuesday to share his overall thoughts on the independent report released by SLSG.

“I’d like to thank everyone, players, coaches, and parents,” Mallett said. “What could have been seen as an obligation, was an opportunity. Hopefully this is something we can learn from as a club. It’s important to use this as a teaching tool and an example that can be used across Canada.”