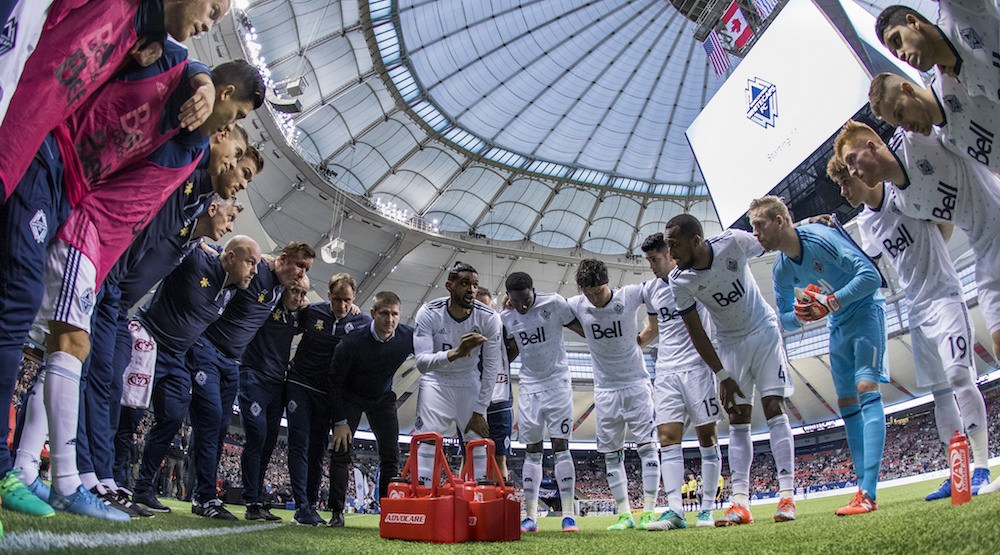 After two weeks off, Vancouver Whitecaps FC are back on the pitch on Saturday, as they host FC Dallas at BC Place at 7 pm.

Winners of four of their last six matches, Vancouver is back in a playoff spot, although just barely. The Whitecaps are currently tied with Seattle and San Jose for fifth in the Western Conference, with only the top-six making the playoffs.

Immediately in their sights are FC Dallas, who sit in fourth-place in the West, four points up on the ‘Caps.

A win against Dallas won’t be easy, particularly without the services of Kendall Waston and Christian Bolanos, who are both expected to miss the match due to injury.

That could mean playing time for Alphonso Davies, the 16-year-old (wonder if his dad will join him on field for a photo as well?) who is back from his first appearance with the Canadian Men’s National Team.

Given that Sunday is Father’s Day, the Whitecaps are offering a cool promotion.

Get a Father’s Day pack to get post-match access to the pitch and an opportunity for a rare photo.

We’ve teamed up with the ‘Caps to give away a pair of tickets to Saturday’s match against FC Dallas. To enter to win, do at least one of the following:

3. Leave a comment below telling us your favourite Whitecaps player. (1 entry)

Contest entries will be accepted from time and date of publishing until 6:59 pm on June 16, 2017. One winner will be chosen at random and contacted through the platform they used to enter.