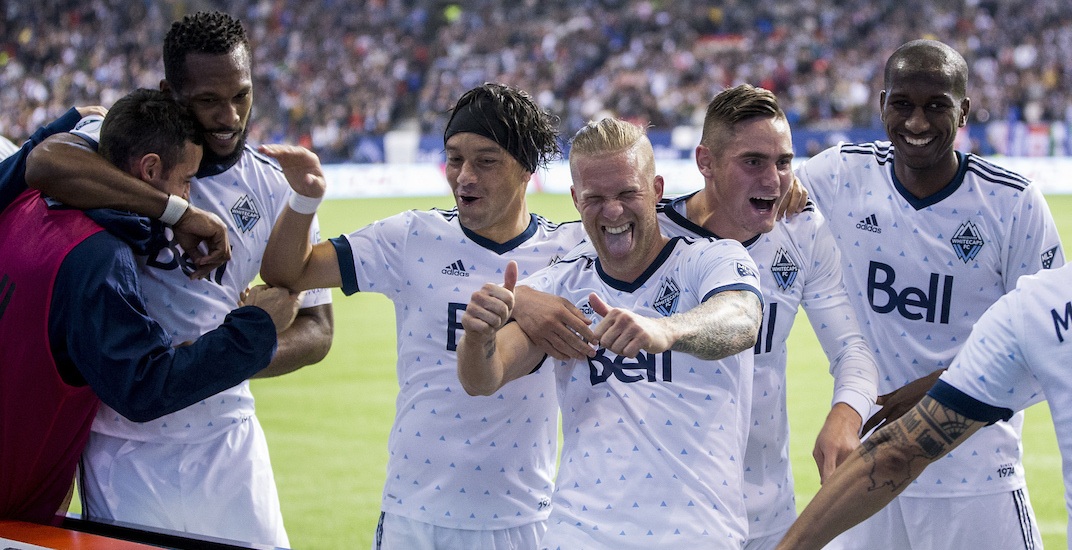 The shortest offseason in North American pro sports is nearly over.

The MLS Cup was handed out less than a month ago, but the Vancouver Whitecaps are already preparing for next season.

Their first preseason game in Honolulu is just five weeks away, while the first game of the MLS regular season kicks off in exactly two months.

“This coming season is about building on what we did last season and taking aim at MLS Cup,” said Whitecaps FC president Bob Lenarduzzi in a media release. “Credit to our technical staff who have been working diligently throughout the offseason to improve our roster and we will have additional announcements in the build-up to the season opener on March 4. This is going to be a team that gives everything they have for this city.”

Manager Carl Robinson has had a busy offseason as he tries to reshape his roster. Gone are fan favourites David Ousted and Jordan Harvey. The team has acquired two new strikers in Kei Kamara and Anthony Blondell, as well as Canadian international defender Doneil Henry.

More moves will happen between now and the season opener too.

On Thursday, the Whitecaps released their 34-match MLS schedule, which includes a nine-day break during the group stage of the 2018 FIFA World Cup in June. This year’s schedule includes two matches each against Western Conference teams (except for San Jose, who they’ll play three times), and one each against teams from East.

Toronto FC, the defending champions, will not visit Vancouver this year in MLS competition, though they could still play at BC Place as part of the Amway Canadian Championship. Also not coming to Vancouver are David Villa and New York City FC.

If you’re interested in a summer road trip, the Whitecaps visit Seattle on Saturday, July 21 and Portland on Saturday, August 11.

Eight Whitecaps home matches will take place on Saturdays this year, with other games seen on Sundays (4), Fridays (3), and Wednesdays (2).

Here are the seven must-see home matches this year:

The Whitecaps kick off the 2018 season with an intriguing match against a Canadian rival.

The LA Galaxy aren’t what they once were (David Beckham retired a long time ago), but this could be your last chance to see 37-year-old England international Ashley Cole in action.

The Colorado Rapids are not traditionally a big draw, but this one might be an exception. New this year, the Whitecaps will play a home match on Canada Day.

Wonder if the team will do something cool like wear a special Canada Day jersey as the Toronto Blue Jays have done in the past? Just an idea.

German soccer legend Bastian Schweinsteiger should visit Vancouver for the first time on July 7. He’s reportedly nearing a deal to return with Chicago, the team he played for last season.

You’ll have to wait a long time before seeing one of Vancouver’s Cascadia rivals visit BC Place. The Seattle Sounders, who ended the Whitecaps’ season in 2017, visit on September 15.

Timbers Army will be shouting “Eh!” during our national anthem on MLS Decision Day – as Portland plays the Whitecaps on the last game of the regular season once again.